Since the presidential elections that brought William Clinton to executive power, the use of Spanish has been growing in the race for the White House. 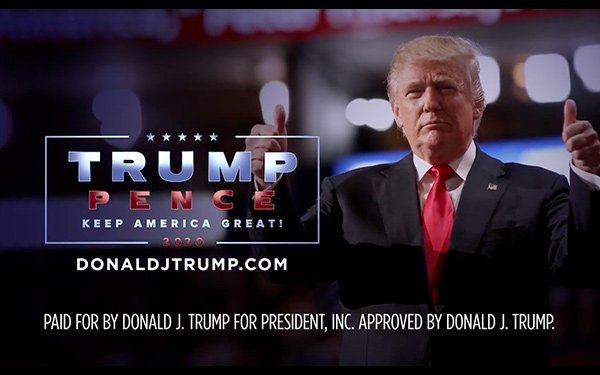 In politics, the use of TV as a means of impacting large audiences has been a mechanism of increasing importance, starting with the electoral campaign of Dwight Eisenhower in 1953, and especially of John F. Kennedy in 1961, the first to used persuasion techniques based on the then current communication models, especially those relating to behaviorism.

One could study step by step, as has been done, the development of sophisticated communication mechanisms that have resulted in what Leslie Janka—founder of the Council for American-Saudi Dialogue, after having served in the State Department under Henry Kissinger—codified in a lapidary phrase like “the displacement of the substance by the image.” 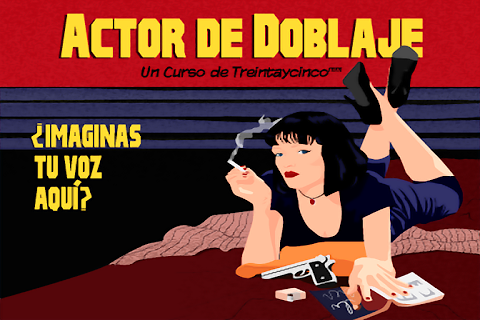 The only thing left then is to evoke at this point Ronald Reagan, that master of the image, because they knew how to surround him, before and after the elections, with a team led by golden boy Michael Deaver, who modulated a public strategy in which the president should have the initiative in front of the media, as Mark Herstgaard has insuperably studied in a classic book: On Bended Knee: The Press and the Reagan Presidency. This made possible, to a large extent, the conversion of a surrogate actor into a charismatic figure who obtained many benefits from the Cold War and extrapolated expressions from the Bible to administrative discourse: that “evil empire” to designate the Soviet Union, exercise continued by George W. Bush’s advisers after September 11, by naming several targeted countries as “the axis of evil.”

If the TV is turned on right now, it would highlight the use of political ads that borrow from commercials according to the same consumer persuasion mechanisms, a fact that many critics, not necessarily liberals, attribute to the idea that politics―including presidential elections―are a lucrative activity more destined to sell figures like Fords or McDonald’s. They are, by definition, simple, repetitive messages, with a clear focus and a clear idea that, therefore, does not give rise to interpretations or polysemies.

Given the importance of the Hispanic/Latino population in these elections, and particularly in Florida, television directed at this population sector has been and will be the object of both teams, especially during this final phase. Not even the most foresighted of pioneers would have imagined it when those Mexican territories were annexed in the 19th century. Since the presidential elections that brought William Clinton to executive power, the use of Spanish has been growing in the race for the White House, not only through the use of advertisements that try to persuade the recipient with the reasons why he should vote for Democrats or Republicans, but also in direct verbal addresses of the candidates on television and radio networks in Spanish.

A summary review of the current Republican campaign shows that it has decided to design its ads based on four fundamental points: a) Joe Biden’s socialism/communism, b) that he would suppress funds for the Police, c) his policy of raising voters’ taxes and d) his advanced age and mental problems, which would prevent him from occupying the position, issues that certainly are the hard nuclei of the president’s speech. Indeed, for a brief sample button, recently, during a rally in Vandalia, Ohio, Trump insisted on his rival’s socialism/communism, one of the most repeated constructions based on the impact of this discourse on a culture long marked by the Cold War. And for an emotional dimension in the recipients.

“The choice in November is going to be very simple,” the president told his supporters. “There’s never been a time where there’s such a difference. One is probably communism, I don’t know. They keep saying socialism.” This is why, he said in Swanton, Ohio, that the country would face the peril of communism under a Biden presidency.

Correlatively, messages such as the following are handled in these television advertisements and in others on social networks:

The left engages in acts of repudiation. The Democrats and Joe Biden are EXTREMISTS. We sacrifice a lot to be free and respected. The left attacks our businesses, churches, and culture. They even want to control how we think. Joe Biden is too weak to defend us.

President Trump knows that the fake media will NEVER accurately report his positions in the polls against Sleepy Joe. We want the truth, and we need to hear it directly from real Americans, like you.

Energizing, no doubt, for crackers, rednecks, and Republican fans of all sorts, but despite this, towards the second half of August, the Trump campaign began to experience money problems. As if that were not enough, in mid-September it was announced that Sheldon Anderson, the gambling czar of Las Vegas and Macau, one of the main donors, who had given some 10 billion dollars for political use, was leaving the stage due to friction with the president.

Around the same time, several observers were pointing to the rather unusual fact that a candidate would be left at a disadvantage on television, practically the week after the Republican National Convention. Then there were more than two months to go before the presidential elections; in some states early voting would begin in September. Press reports highlighted Trump’s limited spending on political propaganda, primarily focused on Iowa and Montana, states that he had won comfortably in 2016. Most of his campaign’s television ads are placed on Fox News Channel and CNN.

But on the opposite side, the situation was far from the same. In mid-September, a few weeks after Biden’s trip to Tampa and the I-4 corridor, apparently the strategy implemented by his advisers, aimed at capturing the Latino vote in Florida, was showing its first results due to logistics actions. and material base. According to political ad tracker Kantar/CMAG, up to that point, Biden’s team had spent more than Trump’s on television advertising in Florida during this cycle―between 30 million and 42 million dollars.

A poll of Latino voters by NBC, The Wall Street Journal and Telemundo, implemented on a sample of 300 voters, between September 13 and 16, showed that 62% of them would vote for the Democratic candidate. Only 26% planned to vote for President Trump. It also revealed that, nationally, Joe Biden had an advantage over Trump, although less than Hillary Clinton had in that voting bloc in 2016.

Precisely in mid-September, the former mayor of New York, Michael Bloomberg, announced that he would donate 100 million dollars to the Biden campaign in Florida, a figure that was added to the 50 million contributed by the Hungarian George Soros for the entire territory of the Union. “Voting starts on September 27 in Florida, therefore we need to inject real capital into that state. It’s a pressing need,” Kevin Sheekey, a Bloomberg adviser, told The Washington Post.

Soon after, CNBC announced that Sheldon Adelson was considering donating 20 million to 50 million dollars to the Trump campaign in a last-ditch effort to help him. Apparently the lobbying to clear up the problems between the two had paid off.

“We have over $200 million worth of TV ads that are reserved (from) Labor Day until Election Day,” said a Trump spokesman, Jason Miller. “We’re speaking with voters in states as they’re starting to come online.”

With that rumble, we’ll see what happens from now in terms of political ads, until finally the results come in.