Regarding Cuba, the State Department highlighted the “government pattern to profit from labor export programs with strong indications of forced labor, particularly its foreign medical missions program,” an argument that has been repeatedly refuted by Havana, which defends the “humanistic and solidarity” value of its health collaborations. 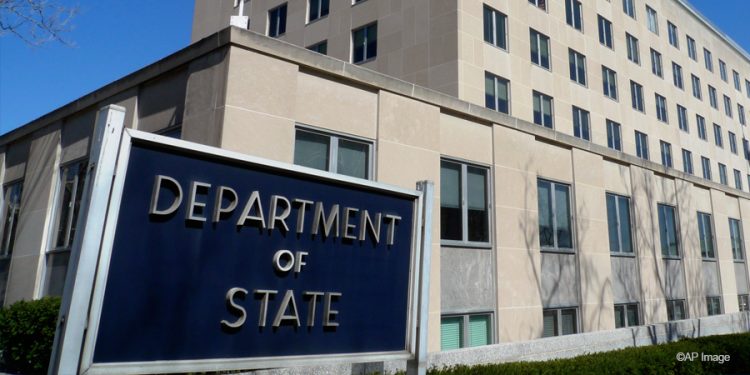 The United States government on Thursday kept Cuba, Nicaragua, Venezuela and China on its “black list” of countries that “do not do enough to combat trafficking in persons,” and warned of problems in countries such as Israel or Saudi Arabia, according to the new State Department report.

“This crime is an affront to human rights and human dignity,” stressed Antony Blinken, Secretary of State, when presenting the annual report.

Blinken also asserted that human trafficking has “a disproportionate weight” on those who “are oppressed by other injustices” in developing countries and warned that the pandemic has “exacerbated” the problems among the most vulnerable.

Live now! @SecBlinken delivers remarks on the release of the 2021 Trafficking in Persons Report. https://t.co/kdvntTO1h9

The inclusion in the “black list” on human trafficking can lead to the imposition of sanctions such as the freezing of non-humanitarian and non-commercial aid for sanctioned countries or the exclusion of loans from institutions, such as the International Monetary Fund (IMF) if so decided by U.S. President Joe Biden.

On Cuba, the report highlighted the “government pattern to profit from labor export programs with strong indications of forced labor, particularly its foreign medical missions program.”

This is an argument raised by Washington since the previous Donald Trump administration, which has been repeatedly refuted by Havana, which defends the “humanistic and solidarity” value of its health collaborations, and ensures that such accusations from the U.S. are part of a “campaign of discredit and lies” against the island’s medical cooperation.

Cuba, which has sent dozens of health brigades to some 40 countries during the COVID-19 pandemic, claims to maintain a policy of “zero tolerance” with human trafficking and to combat it both in its territory and internationally, through cooperation with organizations such as Interpol and the United Nations, as ratified this week by its representative at the Human Rights Council, in Geneva, Switzerland.

Regarding Nicaragua, the State Department pointed out that the Nicaraguan government “continues to downplay the seriousness of human trafficking in the country despite reports from civil society about an increase in victims in 2020.”

In the case of Venezuela, it warned that the “authorities offer support and a permissive environment for non-state armed groups,” including illegal Colombian organizations “recruiting and using child soldiers for the armed conflict and sex trafficking while they operate in Venezuelan territory with impunity.”

And as for China, the U.S. Department of State highlighted Beijing’s “heinous” actions against Uighurs and other Muslim minorities in the western province of Xinjiang, where, according to the report, nearly a million people are the object of forced labor.

For example, Israel, where, according to the report, the authorities’ efforts to curb human trafficking “are neither serious nor sustained”; or Saudi Arabia, of which it indicates that it does not respect the “minimum standards of protection” for foreign workers, many of them victims of this crime.

The State Department estimates that about 25 million people around the world suffer under the yoke of this scourge.