The figure indicates a growth of deportations of around 600% since the two countries signed a bilateral agreement in the last days of the Barack Obama administration. 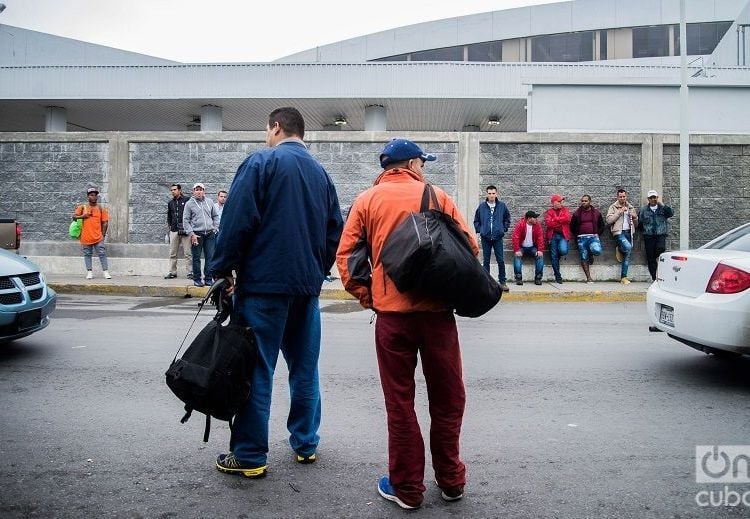 Cuban immigrants on the border between Mexico and the United States. Photo: Irina Dambrauskas.

During this year that is coming to an end the amount of deportations of Cubans, who until a couple of years ago enjoyed a privileged entry to the United States, has been the largest.

According to the latest figures from the Department of Immigration and Customs Enforcement (ICE), some 1,179 Cubans were deported to their home country, under a bilateral agreement signed in the last days of the Barack Obama administration. This figure represents more than double of that of last year when deportations reached 463 and in 2017 they were barely 160. That is, in the last two years, deportations registered an increase of 600%.

For the director of ICE, Mattew T. Albence, the rocketing of deportations is due to the bilateral agreement of 2017, which also eliminated the wet foot-dry foot policy. At a press conference, the official said that now they can deport Cubans, that’s why this increase can be seen. And he added that Cuba did not accept them before but now they are collaborating with then by providing travel documents.

“It is obvious that the Trump administration is considering Cubans as immigrants without special conditions and is applying his deportation policy to the letter,” lawyer Adolfo González told OnCuba. In his opinion, this growth in deportations has worsened the situation of Cubans who are also having problems entering the United States.

Two months ago, Trump’s special advisor, Cuban-American Mauricio Claver-Carone, confirmed that even Cubans have to request political asylum in Central American third countries and in case they do they should wait for a response outside the country until they are allowed to enter.

Trump’s advisor said in televised press conference that the border is closed and no one will be allowed to pass, adding that the United States is not the only place where they would be safe and that in his opinion they would be safe in Honduras, Guatemala, El Salvador or Mexico, so the United States’ main interest with Cubans is that they be safe.

The agreement between Cuba and the United States obliges the Cuban government to respond within 90 days to a request for deportation but has the discretion to refuse to receive someone if they arrived in the United States before February 2017 when the agreement was signed. If it doesn’t accept a Cuban back, the U.S. authorities have no choice but to release the individual with an order of supervision, but he can never obtain residence and, much less, citizenship.