As usual, nothing has been revealed by official channels about potential candidates. In social networks and at street level, opinions vary. 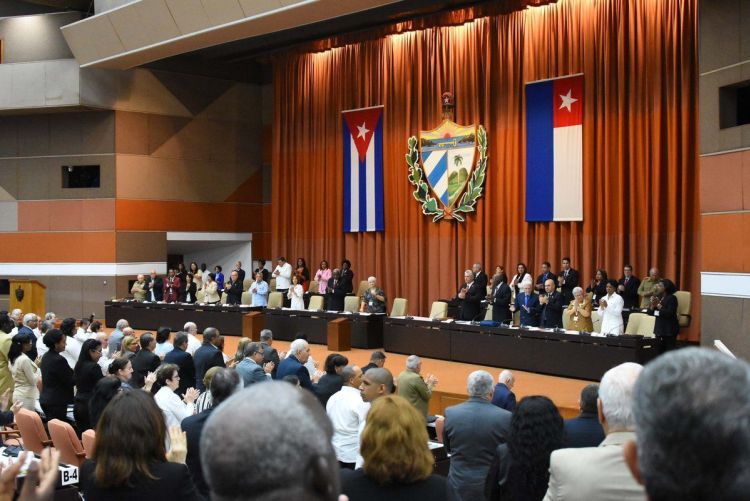 Cuba will again have a prime minister starting this Saturday, when Parliament designates the person who will occupy a position that disappeared more than 40 years ago and was now recovered by the new Constitution.

The position of prime minister appears in Cuba with the progressive Constitution of 1940, one of the most advanced in Latin America at the time. It was created as a link between the Executive and Legislative powers, without much relevance in the political life of the island, where he was seen as the president’s spokesman.

It becomes important as of 1959 when Fidel Castro comes to power. The deceased leader assumes the position and becomes the true ruler, eclipsing then President Osvaldo Dorticós.

In 1976, the new Constitution eliminates the figures of the president of the Republic and the prime minister and establishes a collegiate government, with the Council of State as its highest body.

Fidel Castro (1926-2016) remained as president of the Councils of State and of Ministers until 2006, leading all decision-making bodies, from the government to the almighty Communist Party and the Armed Forces.

The generational transfer promoted by the youngest of the Castros advanced one more step with the proclamation last April of a new Constitution, which recovers the positions of President of the Republic and of Prime Minister and deconcentrates the Executive, discharging the head of the State of functions such as the coordination of the Council of Ministers, which will now be the responsibility of the Prime Minister as head of government.

Among the responsibilities of the new Cuban prime minister will be the representation of the Government of the Republic. He will see to and control the performance of the agencies of the central state administration, national entities and local administrations.

Exceptionally, he would be empowered to temporarily assume the direction of any state agency. His main function will be to assist the president in the country’s domestic affairs.

The candidacy is proposed by the Cuban president before the National Assembly of People’s Power (unicameral Parliament), in charge of appointing the occupant of the office, through its authority as the maximum legislative power of the nation.

According to the new Magna Carta, the prime minister must be a Cuban citizen by birth, over 35 years old and a deputy.

Unlike the president, restricted to a maximum of two terms of five years and a limit of 60 years when elected, the new position is not conditioned by age or time in office.

As usual, nothing has been revealed by official channels about the potential candidates. In social networks and at street level, opinions vary. Among the most mentioned names are those of veteran Foreign Minister Bruno Rodríguez (61 years old), and experienced leaders Roberto Morales (52), Inés María Chapman (54) and Lázaro Expósito (64).

Another less likely proposal―which does not meet the requirement of being a deputy―is that of General Luis Alberto Rodríguez López-Calleja, director of the almighty Gaesa military conglomerate and Raul Castro’s former son-in-law.

Expósito is the popular option. His successful work as leader of the Communist Party, first in the province of Granma and then in eastern Santiago de Cuba, has earned him a high level of approval.

Morales and Chapman were ascended by Diaz-Canel from the rank of ministers to vice presidents of the Council of State, but were left out with the restructuring of the body.

Both continue as vice presidents of the Council of Ministers, represent Cuba abroad and maintain a frequent presence in the media, a way of making themselves known in a country where political campaigns are prohibited.

If elected, Chapman would be the first woman and the first black person to hold the position in the history of Cuba.