Some products appear, others disappear. There is no respite. 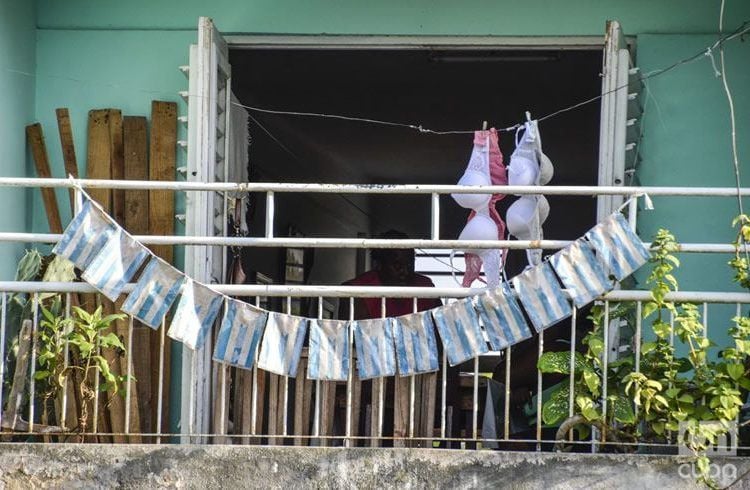 There isn’t enough bread. Nor potatoes. Not even cooking oil or eggs (nor the ones laid by hens). Nor chicken. Nor pork (it has gone up to 60 Cuban pesos per pound). Nor minced meat. Nor hotdogs. Not even the national beer. Nor croquettes. Nor cheese. Nor crackers. Nor butter. Nor flavored yogurt. Not even juice in boxes. Nor fruits. Nor vegetables. Nor tomato puree. Neither yucca nor taro nor other associated or farmers’ tubers.

Neither pills for headaches and fever, nor salbutamol nor other medicines. Nor sanitary napkins. Nor streets without potholes. Nor street lighting. Nor light bulbs. Not even wall paint. Nor cement. Nor tiles. Nor window panes. Nor wood. Nor toilets. Nor toilet paper. Nor toothpaste. Not even liquid detergent. Nor paper napkins. Neither double A nor triple A batteries. Neither simple nor rechargeable. Nor polyethylene bags. Nor cheap places. Nor taxis nor buses. Nor the explanations of why there is neither this nor that, without the usual diatribe.

Some products appear, others disappear. There is no respite. We are like a great trial of endurance. Of resignation. If there are no supplies, there will be at some point, we say. If there is, you better run to buy it before it runs out. We are the athletes of knickknacks. With Olympics every year, every month. The past, this or the next will be the same. Meanwhile, we fight on the lines of agricultural markets, pharmacies, kiosks, bus stops; somebody gets angry because an unscrupulous person takes I don’t know how many apples from the market instead of sharing them with the people.

And who are the people? Aren’t these unscrupulous persons part of the people? Isn’t the people a will like a fist? A living, united and dynamic body that will never be defeated? Is it the shepherd or the flock? A word to use until tedium from so much dull speech?

Above all, what does a people like the Cuban want? The continuity of what exactly? Will you be pleased with the first loaf of bread given to you, with the enormous efforts of ETECSA to have more citizens online, to participate in an electronic government? Can such a centralized model advance to an e-government?

In East Havana there are places where the trucks have not collected the garbage for 20 days. A dead dog was rotting for more than 72 hours at the side of the police headquarters on Lombillo Street, near the Plaza de la Revolución. The sewage runs throughout the capital, which is going to celebrate its 500th anniversary using makeup with a restaurant on 23 and 12 and an alternate fair with half-ripe tomatoes in Vedado’s Lennon Park.

You can’t walk on the sidewalks because they are broken or uprooted by the trees or who knows why. Or, if it is at night, you can’t see the cracks or the roots or the sewers without tops, and people of any age have accidents, some more brutal than others, according to the levels of calcium and scarring of the injured. Against all odds, it is safer to walk along the avenue: the solution could be that they deliver phosphorescent license plates to pedestrians. Oh, Voltaire, how much does it take to enlighten us?

On a Saturday, at 3 o’clock in the afternoon, the bartender of Los Nardos Restaurant, in the very center of Havana, through which innumerable souls pass tired of walking from market to market with empty fridges, with pieces of red ice and the smell of dried blood, remembering those 1990s, tells his guests: “We have several problems (sic), there is no fish, nor any seafood, nor beef; basically, we can offer you pork and chicken. That is, cordon bleu, breaded, Uruguayan steak, roasted slices with sweet and sour sauce.”

When there is nothing, you don’t care about what there is.

This week they asked me on the chat: Bro, if there is neither this nor that, what is there in Cuba? I tell him that we have dignity, before putting the respective “hahaha.” Dignity, which does not appear in the menu of Los Nardos or any other restaurant. Nor on the market lists.