According to the Ministry of Public Health, Cuba has more than 40,000 real-time PCR tests, a molecular diagnosis that would expand the universe of the population under study. 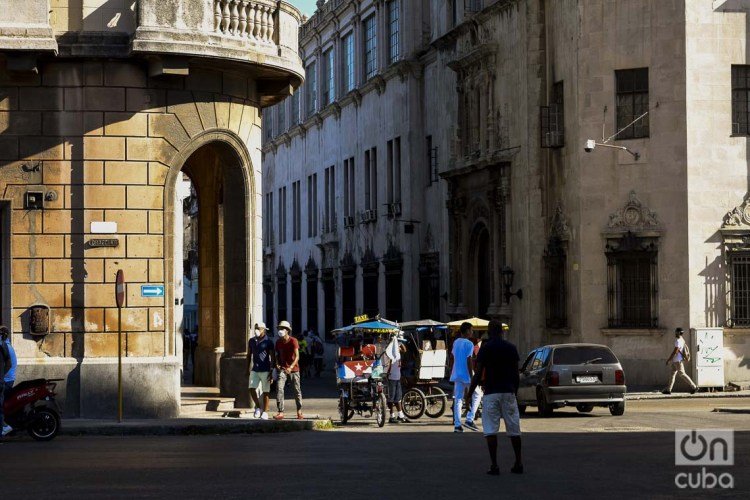 This Tuesday, Cuba added 16 positive cases to the new coronavirus, bringing the total number of SARS-Cov-2 virus infections to 186, according to the Ministry of Public Health (MINSAP) at a press conference, where two new deaths were also reported. The figure, therefore, rises to 6 deaths from this disease.

Among the 16 confirmed new cases up until today, 14 are Cuban and two are foreigners.

“Of the Cubans diagnosed, six have a source of infection abroad: United States (3), Spain, Canada and France (one each), seven had contact with confirmed cases and one was a contact of travelers from abroad (Spain),” explains the note that MINSAP also publishes on its website.

The 7-month-old girl, resident in Aguada de Pasajeros municipality, Cienfuegos, reported yesterday, continues to evolve favorably, and she is being treated with extreme care.

It was also reported that of all those diagnosed on the island to date, 165 people present stable clinical evolution.

Meanwhile, the death toll rose to six, after the two deaths reported yesterday. Both cases are Cubans: a 63-year-old patient, admitted to the IPK, with a history of high blood pressure, diabetes mellitus, and ischemic heart disease, and another of 75, with a history of chronic obstructive pulmonary disease, high blood pressure, and an aortic aneurysm, admitted to the Manuel Fajardo Hospital.

Three patients are reported in critical condition and three in serious condition.

At the time of the report, which includes an update until midnight on Monday 30, 2,837 suspected patients were admitted to health facilities, while the number of isolated people in their homes reached 27,139.

According to Dr. Francisco Durán, national director of epidemiology of MINSAP, as of today Cuba will have 100,000 tests or rapid tests, for which the next diagnoses will be made in a matter of 30 minutes.

“In the control of the epidemic the most important element is to investigate the largest number of people, diagnose them, isolate them, do focus checks and be able to identify everything that is circulating,” said Durán.

Another good news is that yesterday four patients were discharged, for a total of 8 recovered.

According to Durán, “Cuba has more than 40,000 real-time PCR (polymerase chain reaction) tests, which is the molecular diagnosis, which will make it possible to expand the universe of the population which will be tested.”