The alleged violators of the quarantine will be subjected to a criminal process, by which they could face sanctions of between three months and a year of prison, or fines of 100 to 300 quotas, said the Sancti Spíritus municipality’s prosecutor. 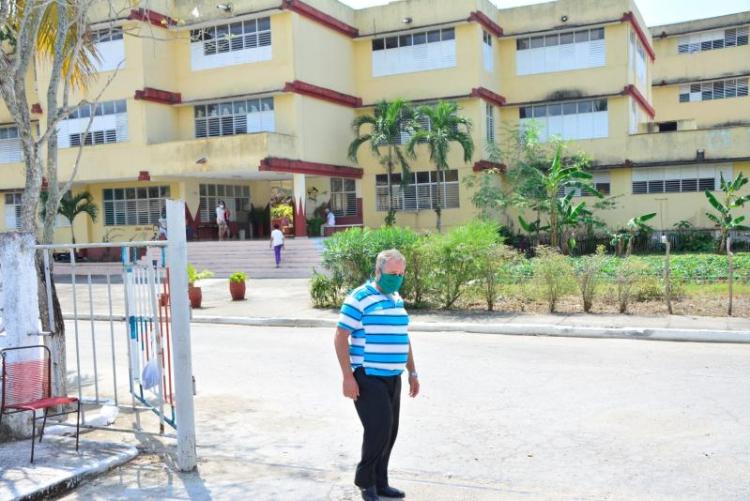 The Alberto Delgado school is one of the centers for the isolation of patients suspected of coronavirus in Sancti Spíritus. Photo: Vicente Brito / Escambray

Six persons escaped this weekend from an isolation center for suspected coronavirus cases in Sancti Spíritus province and were captured in less than 24 hours, the local newspaper Escambray reported.

The alleged violators of the quarantine will be subjected to a criminal process, by which they could face sanctions of between three months and one year of prison, or fines of 100 to 300 quotas, said the municipality’s prosecutor, Anamaris Conde, cited by the source.

The six persons escaped this Saturday from an isolation center located at the Alberto Delgado school, in the municipality of Sancti Spíritus.

A doctor and a nurse, who carried out routine rounds to check if any of the admitted patients showed respiratory symptoms, discovered their beds were empty.

After searching other rooms and corridors of the facility, they notified the authorities, who immediately deployed to capture them. In less than 24 hours the patients were found in their homes and returned to the isolation center.

“The penal report has been made against these persons by the legal authorities and they have been charged,” said the prosecutor.

Violating the sanitary provisions established in the middle of the epidemic of coronavirus, which causes COVID-19, constitutes a crime according to Chapter 5 of the current Penal Code, according to Escambray.

That norm, which establishes crimes against public health and the spread of an epidemic, “is the one that most tempers the behavior of these people,” said Conde.

“It is important to highlight that the criminal process is not going to be the solution to the pandemic that the world and our municipality is experiencing,” said Conde, for whom the most important thing is “prevention, social action, citizen trust, isolation and that everyone do what they have to do,” Escambray reported.

Given the threat posed by the COVID-19 pandemic, the Cuban government decided to close the borders to international tourism and started implementing social isolation measures for the population, including the quarantine of those who show suspected respiratory symptoms.

After the borders closed, only residents on the island, Cuban or foreign, can arrive in the country, but must remain in isolation centers for 14 days after arrival.

In the update of the pandemic data on the island, the Cuban Ministry of Public Health reported 16 new positive cases of coronavirus on Tuesday, bringing the total number of SARS-Cov-2 virus infections to 186.

In addition, two new deaths from COVID-19 were reported, bringing the death toll to 6.