The musician isn’t the one who likes to joke, it’s those neighborhoods where expressions such as “enjoy, compote, the coronavirus won’t touch you” or “pin, pon, there’s no coronavirus with rum” are heard right now. 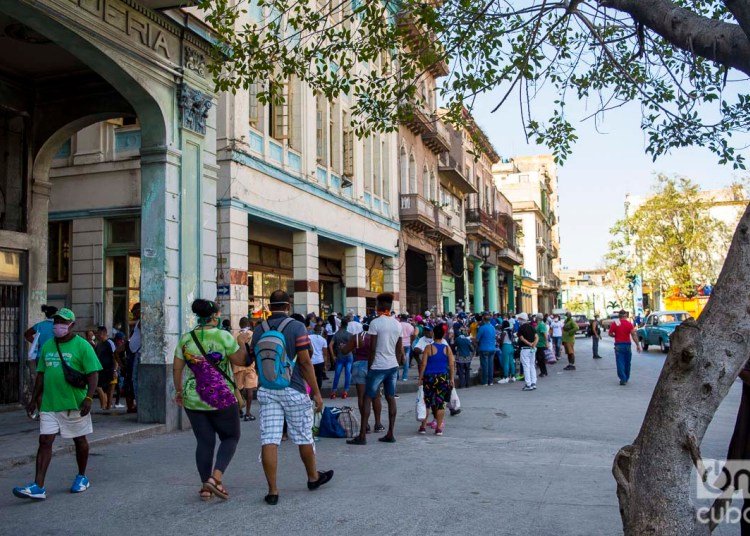 In February 1957, in the province of Yunnan, in Mao’s China, the so-called Asian Flu broke out and from there spread to Beijing, Hong Kong, Taiwan, Singapore, India and Australia. Three months later, it would get to Africa, from where it would jump to Europe and the United States in the summer of 1957. One of the first expressions of globalization: the transmitting agents flew in DC-7 planes or arrived at the ports with their sailors and captains.

The so-called flu worked in the opposite way as the coronavirus of today: from the bottom up from the point of view of the ages. A historian writes: “The pandemic especially affected children, schoolchildren, adolescents and young adults, coinciding with the grouping effect of the school stage after that first summer. Hence one of the most pronounced peaks was recorded in October 1957. And that between January and February 1958 there was a second pandemic wave that mainly affected adults.” According to virologists, it was a virus A (H2N2), common in wild ducks, that had mutated when crossing with another strain that came to affect humans (zoonotic transmission). It is estimated that it caused 1.1 million deaths in the world, of them about 116,000 in the United States.

It also got to Cuba. We don’t have statistics that document its impact in our country at the end of the 1950s, those last days of the tyranny of Fulgencio Batista. But, for the time being, what interests us here isn’t that, but to briefly examine the attitude with which Cuban popular culture of that time―and in particular one of its segments, music―assumed the event. Let’s see.

In 1956, flutist Melquíades Fundora decided to create a new orchestra, which he called La Orquesta Sublime, a brass band format that followed in the footsteps of Arcaño y sus Maravillas, the Orquesta Aragón and the Orquesta de Enrique Jorrín. They debuted with an LP, Sabor de Cuba, which was followed by Disco Chachachá.

Both albums placed it quite quickly in the preference of the public and of the dancers in a golden age in which, to get there, you had to compete with Pérez Prado, Benny Moré y su Jazz Band, among other stars of popular dance music of that time.

In 1957, dialoguing with the spread of that flu that, in effect, was putting an end to the world, the Sublime released a number whose lyrics say this:

The things that are happening

Are not by chance

The flu that is destroying

They call the flu Asian

And I who am cautious

Because if I get the flu

How am I going to get along.

There is almost no need to draw attention to the obvious. We are in the presence of avant la lettre joking, that mental attitude that, as summarized by Jorge Mañach in his classic sociological work, consists in making fun of everything.

Illness and death are therefore assumed lightly, which operates in this case with an interesting peculiarity: that of being accompanied―and not precisely between lines―by a pejorative and buzzy perspective towards work, a data rooted in Cuban popular culture since the 19th century, passing through the famous “I don’t cut the cane/let it be blown by the wind/let the women cut it down with their movement,” by Ignacio Piñeiro, up to “El negrito del batey,” a merengue interpreted and popularized by Alberto Beltrán and Sonora Matancera in the mid-1950s:

They call me the little black from the sugar mill town

Because work for me is an enemy

I leave work to the ox

Because God created work as punishment.

Further on, continuing with the tone, the boys of the Sublime introduce a jargon with the explicit objective of imitating the phonemes of the Chinese language―pure jitanjáforas, perhaps unknowingly―only to describe the effects of the flu on the speaker and ask the following:

Hey you, what happened to you?

The Asian has me

In a word, alluding to the mental delusions of high fever in the individual. That’s why they say:

The way my mother-in-law has me

Bring me the doctor

The classic joking around. An academic writes: “Joking is associated with indiscipline, disorder and irresponsibility,” traits with which it has been wanted to characterize Cuban culture, to the point that one sometimes wonders if it is not a stereotype that, at the most, he manages to make the most visible by covering up the invisible, as Lezama would put it, who on the other hand during the Republic distanced himself along with Orígenes from another form of making fun: he called it “the worldly bargain of politics.”

Deep down Cuban identity has always been much more diverse and complex than some assume, including what Mañach himself said.

If the above is true, then there is no form of joking in “Evita el coronavirus,” by José Luis Rodríguez, better known as El Tosco, a song that, very typical of this musician, since it was launched in Cuba has had allergy reactions, most of the times emotional and saturated with previous ideas.

My hypothesis is as follows: the social decoding of the message among many Cubans has operated here from the outside in, that is to say, music and tumbao, genuinely associated with joking and easygoing, has ended up relegating the text to an absolutely surrogate level.

If the nature of the problem is to be discerned, the fundamental thing then is to determine the speaker’s attitude towards the pandemic, something that the text itself will answer here:

Greet me with your elbow

So I don’t catch

And we have to take care of ourselves

I won’t catch it

A meter and a half away.

And postpone your trip to China

If the virus spreads in Cuba

Too much superficiality in those stanzas, true, but neither are we dealing with a text from the Nueva Trova or the Contemporary Cuban Song, as Joaquín Borges Triana has studied in an insuperable way. The truth is that up to here El Tosco could very well seek employment as a promoter of the World Health Organization (WHO). It’s almost a transmission pulley. But then one finds a couple of blunders. The first is that drinking water has not been shown to neutralize or combat coronavirus in any way. The text says it:

You have to drink a lot of water

But then he mentions one of the most important personal/social protection measures with a play on words in Spanish, but ultimately the idea works well for the message he wants to convey:

And don’t touch your face

Neither the mouth nor the eyes

You have to wash your hands

And always wear the mask.

The second is that it is not a question of kissing “as little as possible,” as it is said here, but of suppressing the kiss entirely, something that the French have found difficult to do. Definitely, if they achieved it, it was because they got the idea that the droplets of the virus were in the saliva and that the disease enters the blood stream through the kiss.

Then follow his rosary of moves to avoid contagion:

Remember that that virus

Is already in the environment.

But after the tumbao, there’s a change of perspective:

And not even the Chinese doctor

He had a cold

He thought that it wasn’t serious

And when he found out

There’s no racism in that. As is well known, in traditional popular culture, mentioning the Chinese doctor is equivalent to “the best in the world.” A sector of criticism then seems to overlook this dimension, as if it were necessary to adopt American codes, in which, in effect, to call a person “Chinese,” for reasons that are not pertinent to analyze here, is a very racist insult.

Then El Tosco’s piece closes with two warnings and a call:

Listen well to what I say.

The thing is serious

What better to prevent

Than to have to regret.

You have to be careful, boy

You don’t catch it.

Those who react so angrily against this new installment by El Tosco and demand the withdrawal of the video from the state-run broadcasting spaces should look to the side and realize that musician isn’t the one who likes to joke, it’s those neighborhoods where expressions such as “enjoy, compote, the coronavirus won’t touch you” or “pin, pon, there’s no coronavirus with rum” are heard right now.

This indicates the existence of problems in risk perception, widely documented by journalists and photographers who move through the country, both in Havana and in the so-called Cuba B.

This is a fundamental element to successfully deal with this and other pandemics. An indicator that was initially low in Italy and Spain, with the usual consequences.

A few days ago, a press headline brought us a terrifying news: Italy had become the second country to surpass China in coronavirus infections―only exceeded by the United States―with a total of 86,498 on the same day it registered its largest leap in deaths from Covid-19. They say that Chinese doctors who arrived in Milan were frightened by the number of people who were in the streets as if nothing happened in the Kingdom of this World.

Any similarity with the Cuban streets is thus not pure coincidence.