Luis Antonio Torres Iríbar, president of the Cuban capital’s Defense Council, pointed out that “the province in general is in phase 1” of the de-escalation, but that communities such as Los Sitios, Amistad, Pilar-Atarés and Lawton, where cases have been reported in recent days, are not in this phase, “but have gone back to a scenario of COVID-19 confrontation.” 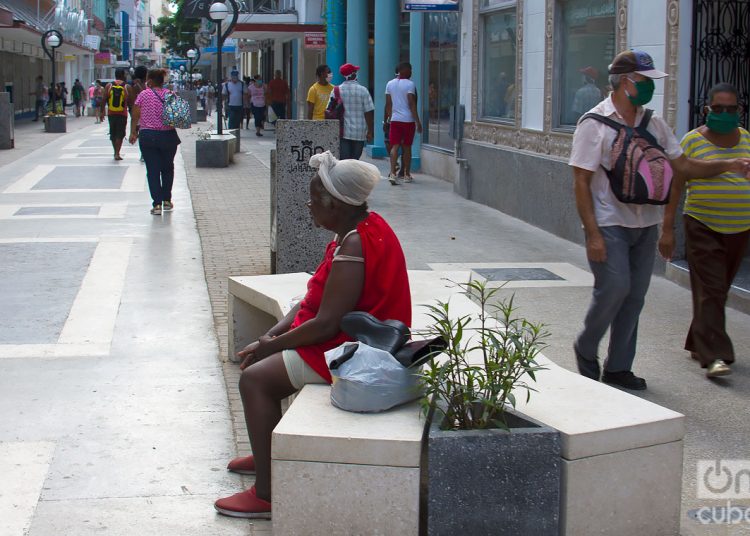 Several areas of Havana with outbreaks of coronavirus and “under reinforced isolation measures” are no longer in phase 1 of the post-COVID-19 recovery along with the rest of the city, according to Luis Antonio Torres Iríbar , president of the Provincial Defense Council (CDP).

In a meeting of that government body, reported on by the local press, Torres Iríbar noted that “the province in general is in phase 1” of the de-escalation, but that communities such as Los Sitios, Amistad, Pilar-Atarés and Lawton, where cases have been reported in recent days, are not in this phase, “but have gone back to a scenario of COVID-19 confrontation.”

To these areas he also added a part of San Francisco de Paula, Cuatro Caminos del Cotorro and Lechuga-Marrero, in Arroyo Naranjo, the latter as a way of prophylaxis, taking into account its concomitance with the municipality of Cotorro and the province of Mayabeque, which recently have also registered cases.

The president of the CDP said that “the guard cannot be lowered,” and that the established measures have to be demanded and controlled by the local authorities. He affirmed that “the aspiration is to go to phase 2,” but that this means “showing capacity and advancing from a technical and qualitative point of view and that the indicators express this transit,” Tribuna de La Habana newspaper reported.

This Sunday, Torres Iríbar had called on the governments of the municipalities of Centro Habana, Cotorro, El Cerro, San Miguel del Padrón and Arroyo Naranjo, the areas of the affected communities, to “strengthen disciplinary and social measures in the demarcations with increased reinforced social isolation,” according to Tribuna.

The indication of the CDP in these areas is “to administer PCR or rapid tests to the resident population, according to the symptoms of each case (whether or not they have acute respiratory infection and associated fever syndrome),” the publication points out.

After a visit to the communities in isolation, Torres Iríbar affirmed this Monday that “a rigorous control and mastery of the actions to be taken by the defense councils in the respective municipalities can be seen.”

This Sunday was a positive day in the Cuban capital, where 2,367 PCR tests were processed and only one positive case of COVID-19 was confirmed. In this way, Havana already has 1,362 positive cases detected through the 108,401 PCR tests carried out in the city, which represents a confirmation of 1.3%.

Meanwhile, the total incidence rate is 63.8 per 100,000 inhabitants, with seven municipalities above the provincial average: Cotorro, Centro Habana, Cerro, Regla, Habana del Este, La Lisa and Old Havana. However, Tribuna reported that they are currently ensureing that the indicators established for the first phase are generally met.