What has been the performance of the allocation of resources to the non-sugar agribusiness and food industry, a sector considered strategic? 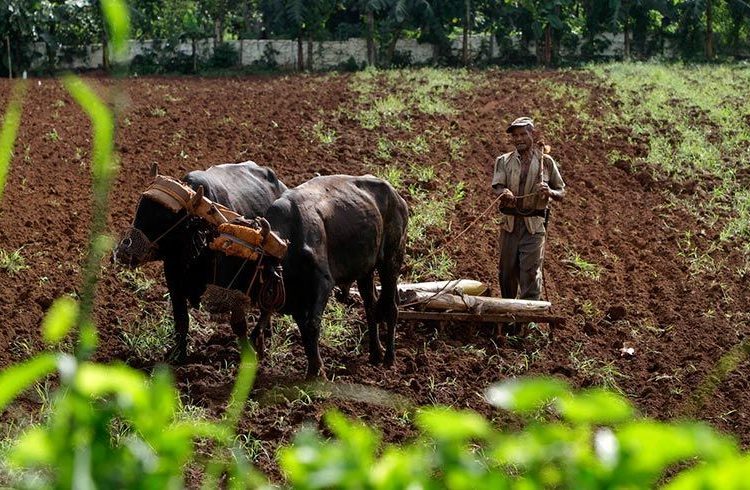 Agriculture is today one of the activities that attracts the attention of Cubans. In the media, on the networks, on the agendas of almost all meetings of local governments and other institutions, the “food-producing sector” is always present.

I believe that never before has so much been written and published on the agricultural sector, dozens of articles and hundreds of pages of comments, reports on “successful cases” and strategies implemented, on future plans and, logically, on all the difficulties facing the sector, associated with financial restrictions and the damage the U.S. blockade causes to food production in the country.

There is not enough time to read it all. Magnificent press reports, informative scientific articles, many of them very well informed, in official media or not, which even contain proposals on “what to do.” They range from problems associated with the standards and regulations that “weigh” on the sector, problems associated with research, development and innovation (R+D+I) and their implementation, to proposals on how to improve quality and quantity of what is produced and the forms of marketing, the role of local production and marketing, the role of the different “means of production” and the importance of agroecology to decrease our food dependency. I don’t think another sector has gotten as much attention in recent years and especially in recent months. It is only surpassed by the attention and follow-up of the evolution of the pandemic.

It is also very present in the daily life of each Cuban, in their mind and in a great deal of their “work day” and, logically, in their dreams. Thinking, or thinking about agriculture while sleeping, either directly or indirectly, is becoming part of everyday life and produces sensations and feelings for the average Cuban such as despair, uncertainty, rage, stupor, perplexity, insomnia. The food-producing sector has managed to change the basic rules of arithmetic, thus the fact that all members of an equation have a positive sign does not necessarily guarantee a result of the same sign.1

The non-sugar agribusiness and food industry, with an emphasis on integration with the primary agricultural sector, was identified four years ago as a strategic sector2 of the Cuban economy along with ten others—perhaps too many for such a small economy—that already had at the time and still has three great problems: an excessive food dependency, a high energy dependence and a deep structural weakness of its external sector, which manifests itself in a high concentration in markets and products—also in the case of services—, and in low and medium technology products. This combination, excessively harmful, has accompanied us throughout our history, since colonial times, but it is still critical today.

Undoubtedly, the non-sugar agribusiness and food industry, with an emphasis on the integration of the industry with the primary agricultural sector, are more than described as strategic if they meets the criteria used to define those sectors, namely: they represent an important proportion within the level of economic activity in the country; they make it possible to produce and export added value based on an abundant and highly competitive natural resource; they have a positive and significant impact on the balance of payments…due to their ability to substitute imports; they allow developing the productive fabric of the country generating chains backwards…and forwards; they have a strong relevance in the domestic market in terms of job creation, supply of demands and regional and local economies; they directly and indirectly impact the generation of productive jobs; they favor the connection with new technological paradigms at the international level and the diffusion of advanced technologies within the productive apparatus; they make it possible to overcome logistical or infrastructural limitations, contributing significantly to raising the efficiency and competitiveness of the economic system or increasing labor productivity; they contribute significantly to sovereignty and national security; they have a favorable impact or don’t have a negative impact on environmental sustainability.3

Yes, this is a strategic sector, very decisive, almost a question of life or death to achieve the vision of the country, so that Cubans feel prosperous, since the relationship between “uncertainty” and the lack of prosperity in a stomach is direct and proportional, although of course it is not reduced, far from it, to that only.

What has been the performance of the allocation of resources to this sector considered strategic? To what extent has it been prioritized in relation to other sectors?

Let’s go to the data:

Total in all sectors

Despite having been identified as a strategic sector, the first thing the data confirm is that the flow of investments to the sector did not change substantially in terms of its participation in the total. Is it possible to drastically change a sector with relative backwardness without allocating an increasing amount of investments? What can be said in the case of fishery?

For that same period, these three sectors, all decisive in food production, compared with disadvantage in relation to other sectors of the national economy.

Participation of chosen sectors in Investment 2013-2018

It is true that the country has moved in recent years towards a greater restriction of resources, logically including investment resources; however, it seems necessary to rethink their allocation, since while in the tourism sector (business services and real estate activities) it is much easier to find foreign investors interested in undertaking those projects that are now financed with national resources, it doesn’t seem to be the same in the case of the agricultural sector.4

With greater incentives for the private and agricultural cooperative sector and promoting other forms of farming, the necessary amounts of investment to get the sector off the ground could also be reduced, but it is not possible to expect a significant change without a substantial injection of investments,5 especially machinery and equipment appropriate to the needs of what is the most important force in this strategic sector, which produces the largest volume of food in the country: the private farmers, cooperatives and usufructuaries (the non-state sector) who have in their hands 80% of the island’s cultivated area.

Let’s say that the fourth that was previously dedicated to investment in hotels is dedicated to the creation of productive capacities in agro-ecological farms. Today, 15 to 17 tons of potatoes per hectare are obtained in our country through agroecological methods. Let’s imagine a thousand farms with two hectares distributed throughout the country, how much can be achieved! It is true that the yields are not those obtained with the application of the traditional technological package, but the costs are lower and the product is healthier and closer to consumers. Can it be done?

Convinced of the strategic nature of this sector7 and that there are limits to the possibility of increasing the availability of total resources, what only remains is to distribute them differently. Is it not necessary? Is it not possible?

1 Let’s review the feature articles from the beginning of the year on the sector (in the last five years) and let’s compare it with the results.

4 Unfortunately, the Statistical Yearbook of Cuba does not offer a breakdown by sectors of investment in its different components (Construction and assembly, equipment, others) that would allow an analysis from another perspective.

6 Also sometimes what is imported is not what the agricultural producer needs, or those imports don’t take into account Cuba’s conditions of exploitation, causing breakage rates that conspire against a better use of the equipment.

7 It would be even better to identify the really decisive industries within it.