It’s an insect, known as bean flower thrips, which causes damage to the flowering of plants and causes premature fall before they bear fruit. Those that manage to grow end up producing deformed pods, with less quantity and quality of the grains. 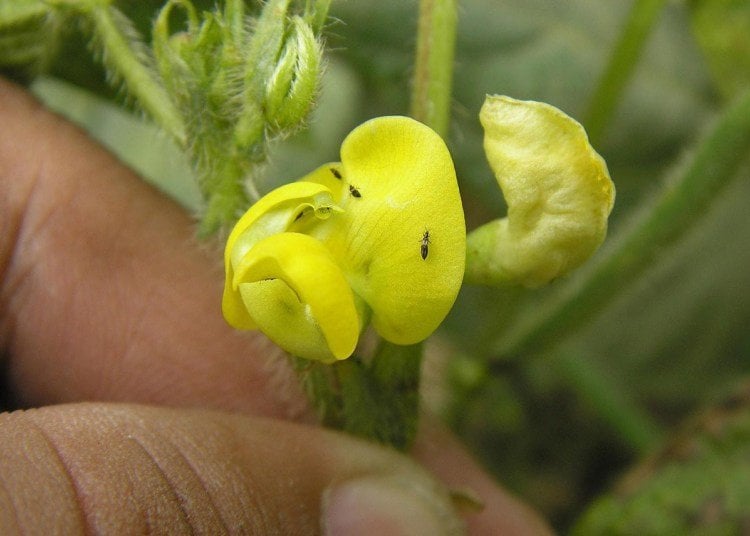 As if the difficulties of the Cuban economy and the impact of U.S. sanctions weren’t enough, Cubans’ table has a new threat in 2020: a pest in bean crops that is already affecting a large part of the island.

It’s an insect named Megalurothrips usitatus and known as bean flower thrips, which causes damage to the flowering of plants and the premature fall before they bear fruit. Those that manage to grow end up producing deformed pods, with less quantity and quality of the grains.

Yojan García, head of the Department of Various Crops of the Ministry of Agriculture (MINAG), told the press that the presence of the insect was confirmed last December by Cuban specialists of Plant Health, and said it had not been reported before as a pest “because it did not exceed the economic damage threshold.”

The official explained that “as a result of a detection and delimitation survey,” the presence of the pest in bean crops in the western provinces and central Cuba has been diagnosed, between Pinar del Río and Ciego de Ávila, according to the information published on the Cubadebate site.

In addition, its presence is reported in other crops, although with a lower level of affectations, according to a television report.

To date, some 13,533 hectares are affected, of which more than half have been decommissioned and demolished without being harvested: 7,792. The remaining areas that are harvested average a yield of 0.6 ton per hectare (t/ha) instead of 1.16 t/ha, which, according to García, “has affected production levels and deliveries.”

To alleviate this situation, MINAG has taken a group of measures, among which are intensifying surveillance in bean crops, applying control actions that integrate biological methods and natural and chemical insecticides, according to existing availability, and train technicians, plant health workers and farmers on possible host crops and measures to control the pest.

Finally, the official said that “to mitigate the effects on the volumes of common bean production, a sowing and production program of Caupi beans is being prepared for the spring harvest, aimed at social consumption and non-rationed sales.”

But beyond the palliative, it seems certain that the presence of beans will decrease at Cubans’ table and their price will go up in the markets.