The provisions will apply to all travelers arriving at the Juan Gualberto Gómez and Jardines del Rey airports. 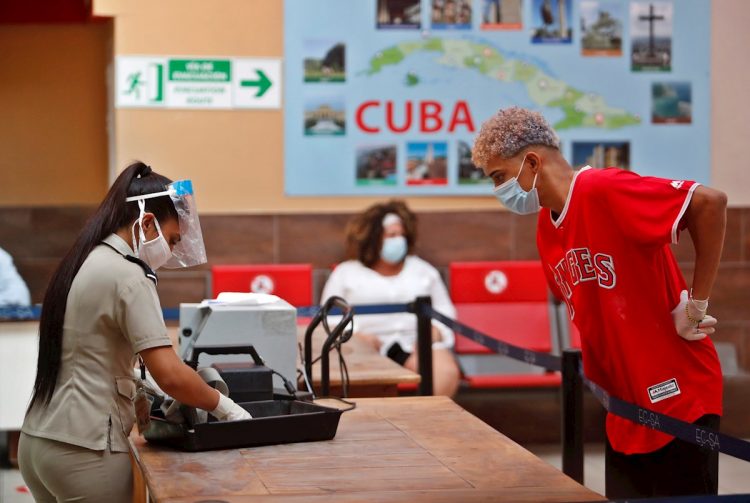 As of July 15, Cuban travelers who arrive on the island through the tourist destinations of Varadero and Cayo Coco will have to spend 14 nights in hotel facilities and will only be able to carry a single suitcase in the hold of the plane, as explained by Dr. Francisco Durán on Cuban television, at the end of his update on the state of the pandemic.

The new provisions will apply to all travelers arriving at the Juan Gualberto Gómez and Jardines del Rey airports.

“Why 14 days? Because it is the incubation period for COVID-19, and we have had some who have entered with a negative PCR, have remained seven days as stipulated, have had a negative PCR before leaving, and afterwards they have tested positive in their community,” said Durán.

In addition to this, and although it was established, as clarified by the national director of Epidemiology of the Ministry of Public Health (MINSAP), because of not being fully complied with so far, they will prevent the free movement of tourists outside the destinations of Varadero and Cayo Coco.

In turn, and as also published by the MINSAP, the mandatory screening of 100% of airport and, transportation personnel plus tourism workers is established upon arrival and departure from the center where they work, including carrying out systematic antigen test of workers with greater exposure.

In the case of national and international travelers who arrive in the country through the rest of the Cuban airports, the International Sanitary Control protocol approved so far is maintained, the note explains.