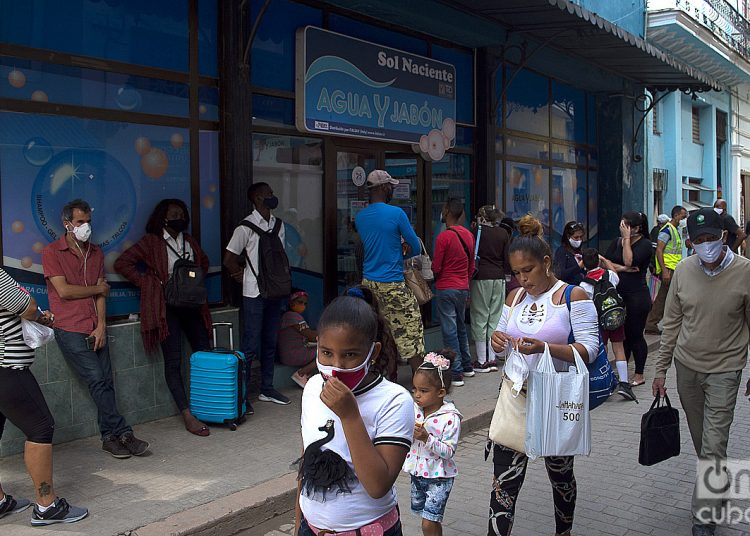 The SARS-CoV-2 virus has set two new records after just over a year battling with the pandemic and in the month that already averages about a thousand cases a day: 1,162 infections and 193 of them in those under 20 years of age, according to this Sunday’s report by the Ministry of Public Health (MINSAP), through its head of Epidemiology, Dr. Francisco Durán.

In addition, there were five new deaths. The death toll now stands at 436.

The deceased, three women and two men, were from the municipalities of Unión de Reyes and Jagüey Grande (Matanzas), Playa (Havana), Camagüey (Camagüey) and Bayamo (Granma). Their ages ranged from 55 to 83 years.

As for the infections, the majority (1,154) are due to autochthonous transmission. 1,132 were contacts of confirmed cases and eight were imported, by Cuban travelers from Russia, Libya and the United States; although two foreigners were also diagnosed with COVID-19.

In his daily appearance, Dr. Francisco Durán drew attention to the risk groups, not only because the record of 193 minors, under 20 years of age was reported, of which 171 had not reached the age of 18, but also because, in addition, there were 196 people over 60.

The Isla de la Juventud special municipality did not report cases and only Ciego de Ávila is below ten this day, with its eight positive cases from yesterday. For this information, 21,488 samples were processed, according to MINSAP.

Regarding the incidence rate in the last 15 days, Havana, Granma and Santiago de Cuba have the highest rates. Eleven municipalities in the capital and one in Granma (Bayamo) concentrate 49.9% of the transmission in this period. Old Havana continues to be the territory with the highest rate, 701.2 per 100,000 inhabitants.

Meanwhile, the intensive care units again reported an increase, with 83 admissions in the last 24 hours. Of this number, 34 were in critical condition and 49 in serious condition.

On the contrary, there were 1,157 discharges, with which 74,246 patients have already recovered in Cuba after almost thirteen months of confrontation with the coronavirus pandemic.

The new coronavirus has caused 3,268 infections and 11 deaths in the first three days of April.