Delegations from both countries confirmed the "good state" of bilateral ties in an Inter-Ministerial Political Consultations meeting. 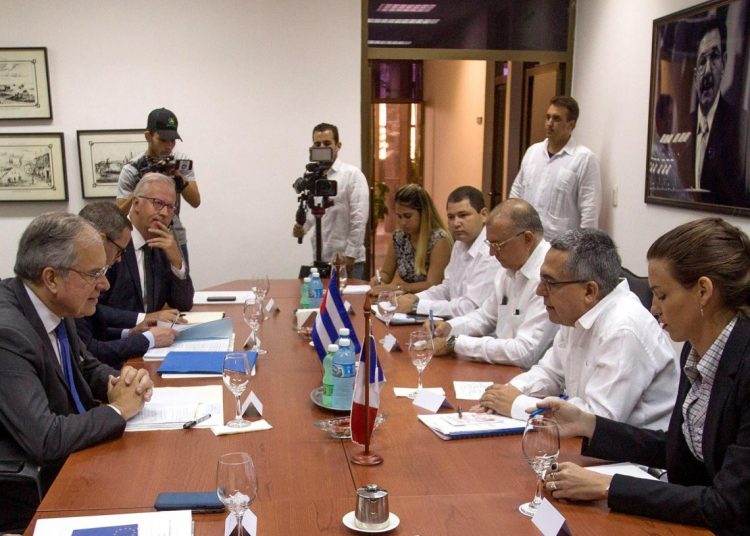 Cuba and France reviewed last Friday in Havana the state of their relations and expressed the will to strengthen the political dialogue between the two nations, driven by the signing of the first agreement between the island and the European Union, provisionally in force since 2017.

Cuban First Deputy Foreign Minister Marcelino Medina and Secretary General of the Ministry for Europe and Foreign Affairs of France Maurice Gourdault-Montagne chaired a meeting of Inter-Ministerial Political Consultations in which they confirmed the “good state” of bilateral ties.

Both diplomats “expressed the will to work together to strengthen political dialogue, cooperation and exchange in areas of common interest,” the Cuban Foreign Ministry reported on its official website.

The meeting highlighted the “positive development of relations between Cuba and the European Union” since the implementation of the Political Dialogue and Cooperation Agreement, signed in Brussels in December 2016.

The agreement, provisionally in force since November 2017, marked the end of the “common position” that made the bloc’s relations subject to advances in human rights on the island and ended the isolation of the Latin American country as the only one in the region with which the EU did not yet have a bilateral agreement.

The diplomats spoke about “issues on the regional and international agenda,” said the Cuban Foreign Ministry, which thanked France for its support during Cuba’s requests to put an end to the United States embargo in the United Nations General Assembly.

Cuba also acknowledged the “clear refusal of the European Union and other European countries to apply Title III of the Helms-Burton Act,” which allows filing lawsuits in U.S. courts for property and land confiscated on the island after 1959.

Since the visits of former French President François Hollande to Cuba in 2015 and Cuban former President Raul Castro to Paris in 2016, bilateral relations have received a boost and agreements have been signed in areas such as finance, tourism, trade, agriculture, transportation and development aid.