The cases were reported from Havana, Artemisa and Villa Clara; 57 discharges in the day; 16 patients in intensive care. 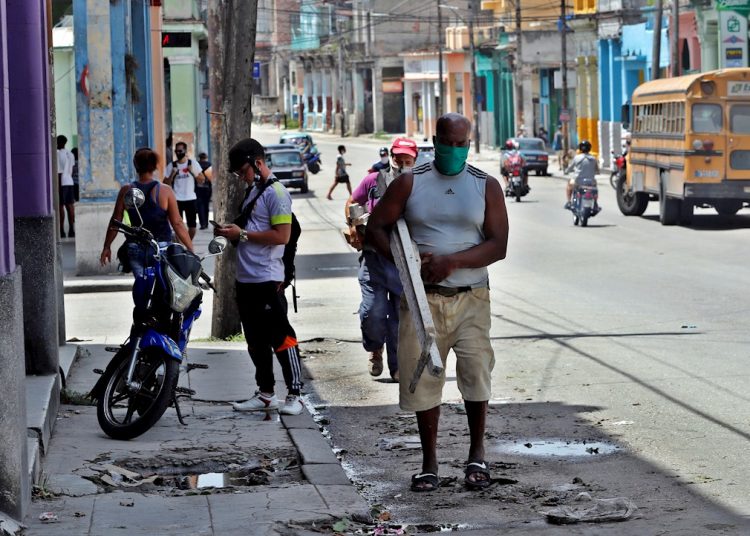 Several people walk down a street in Havana after the passage of Tropical Storm Laura. Photo: Ernesto Mastrascusa/EFE.

Although the new contagions by the SARS-CoV-2 virus in Cuba fell to 15, yesterday was marked by the death of an 80-year-old woman resident in 10 de Octubre municipality, in Havana.

According to Dr. Francisco Durán, the 92nd victim of the pandemic on the island was admitted asymptomatic due to being related to a confirmed case and was diagnosed when she was in intensive care, where she spent more than 15 days. The rest of the details are in today’s report.

Of the new contagions, 14 are Cuban and one is a foreigner, a 31-year-old French resident in Old Havana; 13 were related to confirmed cases and the source of infection could not be specified in one individual.

Men predominate over women (8-7) and 11 were asymptomatic at the time of diagnosis.

57 patients were discharged yesterday, while the health status of three was reported as critical and 13 as serious.

At midnight on August 25, 1,010 people were hospitalized for clinical epidemiological surveillance after a day where 3,056 tests had been made throughout the country. The total number of processed tests is now 372,945 since the pandemic reached Cuba in March of this year.