The art market in the private sector has also had to manage these months to sustain its projects in the face of the current crisis due to COVID-19. 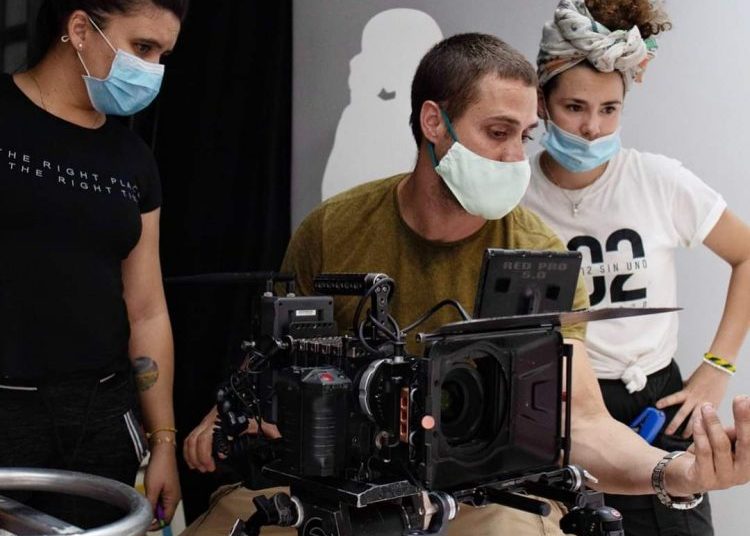 The audiovisual industry adapts to the current circumstances in Cuba due to COVID-19. Photo: Madwoman Agency Facebook profile.

The Cuban private sector has been one of the most affected during the current pandemic caused by the new coronavirus, whose effects go beyond human health.

In economic terms, private businesses in Cuba have had to almost perform magic tricks to face the current crisis, rethinking work mechanisms and methodologies, trying to subsist in their respective markets.

Those enterprises that depend almost entirely on tourism are, without a doubt, the ones that have been most affected since March, when the period of confinement began in much of the country, a measure that many countries also took to halt the spread of COVID-19.

Several projects associated with the artistic-cultural market have readapted to the new circumstances, adopting more common practices at a global level, taking into account the characteristics of the Cuban market and the island’s current circumstances.

In the case of projects such as Producciones Almendares, with a diverse work routine that includes audiovisual productions and cultural events, it is difficult to adapt to current circumstances. “Sometimes we filmed several events at the same time, we responded to job requests that we could undertake simultaneously, there were many daily requests,” its director, Patricia Santa Coloma, tells us.

“Suddenly,” she adds, “when the pandemic began, it was like a brake that paralyzed the requests, the productions. This 2020 we were going to have a good year because we had regular clients, in addition to other services that we were going to do for television itself, the soap opera production house, among other things, and everything has stopped. In addition, we had a thesis we were preparing and we had to stop…that has been difficult.”

The young filmmaker adds that for the time being they keep sending work that they had pending to clients, “with thousands of other difficulties, because with the so-called zero phase, it was forbidden to connect in the parks to upload the files, the navigation centers are still closed so we aren’t able to connect,” another of the setbacks that goes against good work practices in the country.

In the cinematographic field, this industry, as is known, has seen a good part of its work stopped around the world, both in terms of development and production, as well as in the commercial aspect related to premieres in movie houses.

“Already the measures of the film industry in the rest of the world have changed a lot, outside of Cuba itself it already has many rules: those of distancing, a reduced team of actors, that is, no doing scenes with many people, with many extras; technical teams reduced to the maximum; your creativity is already affected there,” comments the founder of the project.

“Measures have been taken in Cuba and measures are still being taken, I’m making a short film and we are all wearing masks all the time when we are working close together and continuously disinfecting our hands, but the fewer resources that exist here limit my work. In a blockaded country, I can’t have disposable makeup, for example, because the economic conditions and infrastructure don’t exist to face such a production, as in other countries,” she explains.

Another of the positive aspects for this type of venture is the possibility of establishing itself as an enterprise, an announcement that caused a stir in the Cuban private sector, which Santa Coloma qualifies as “The best measure that just happened” because “if you are an enterprise you can ‘make a living,’ that is, search for your funds outside of Cuba or create them, why not? And that for me is very important because we are taking excellent steps, including the import of equipment and other things necessary to work.”

She also considers that “if Cuba is safe, without coronavirus, foreign clients, from places with higher rates of the disease, may entrust us with jobs and we can turn this advantageous situation into the business area, especially in the audiovisual area where we must be able to market independent works as an enterprise, without being governed by state laws that at times are very rigid, but rather be a little more flexible.”

Beyond the commercial aspect, as in Producciones Almendares, the human factor has made it possible to re-evaluate and consolidate the lines of work of various projects linked to the artistic sector.

In this sense, Yaiset Ramírez, gallery owner and director of the Máxima Estudio-Taller space, tells us that “the current situation is very difficult for the world, health is the most precious asset that we possess and because of that our work team remains united, unity is a force that emanates the impossible, in this way we remain very positive and above all patient.”

Like other centers dedicated to the plastic arts, this space has fully focused on the digital environment, promoting the work of Cuban artists and helping to make more bearable the period of social isolation, which has lasted for several months, mainly in the country’s capital.

“When it’s from the heart. the work that is done is pleasant, it takes us to a level of comprehension where we can understand that there are superior forces that dominate the life of the human being, we simply accept that this is a stage that will pass…,” adds the young entrepreneur, who tells us that they are currently working on an online exhibition, which will also be available in the physical environment once the current epidemiological situation in Havana is normalized, as was customary in this center.

Regarding the Cuban art market, she considers that not only now, but for some time it has been gaining space on the international circuit: “Cuban art itself speaks of its future. Today the strength and quality of our artists is increasingly recognized and legitimized, not only artists, our critics, restorers, collectors, because of their quality, are ascending towards a more international market.”

“Reaching the place we deserve takes time, what’s good prevails and makes way,” she tells us, “and in recent years we have seen an increase in the participation of Cuban artists in recognized auctions such as Christie’s and Sotheby’s, something notable in the international art market.”

In the literary field, projects such as Ediciones Sinsentido have managed to take the habit of reading to a newer format, through audio readings, using social networks and other media.

Now they have created together with friends, artists, poets, narrators and intellectuals, a group of online readings, through the Telegram platform. “I am interested in the textures that listening acquires and how the voices of other people can alleviate and accompany us in such a difficult time for humanity,” Martha Luisa Hernández, one of its creators, confessed to OnCuba.

Another model of entrepreneurship that has been affected is that of dance academies, where the foreign public is the one with the greatest attendance in several of these projects, although they work for all types of public.

This is affirmed by Yan Borges, dancer and teacher of the LatinSalseando company, who tells us that with the current situation in the country and most of the planet, they have had to offer their knowledge online, a variant that is not new for the company, but now it has become vital.

“Both the face-to-face classes and the online demonstration classes require the same level of knowledge, the difference in online video classes is that here you have to dedicate yourself more, so that the person who is going to see the content can detail well what you you’re developing,” he explains.

Aspects such as clean movements and a detailed explanation are fundamental in that sense, “because when you are working in person, at that very moment you can say ‘I don’t understand this thing or this step,’ but when it is a video only or an online class, the times are not the same and you have to try to make sure that everything you are going to explain is as clear as possible and that everything is clean and gradual, it demands more from you in teaching,” Borges specifies for OnCuba.

An advantage of this type of work is the interaction with the public, which “is also better; for example, people ask questions that maybe they would not ask you live because they are a bit embarrassed, or they tell you good things that they would not be able to tell you live; you also receive advice because not only those who are learning see it online, also people who know and then this allows you to have a better exchange,” says the dancer.

In the company directed by young dancer Mariesly Paradelo, “we are all instructors of Cuban popular dances and we make an effort so that all people, both Cuban and foreign, can learn what each of our popular dances are, their emergence and history, always relating it to our culture, its execution and its meanings,” says Borges.

“In our case,” she tells us, “in addition to our work in dance and as teachers we have been able to work in marketing, something necessary in our professional development because the main thing is that our work is known.”

Physical distancing takes a lot of work in projects like these, where creativity, personal and social interaction, together with artistic talent, are vital for the development of an efficient business model, since the human factor is vital.

Meanwhile, gallery owner Yaiset Ramírez is aware that “art is medicine for the soul, I observe every collector, spectator or buyer who comes to our gallery and they always take what they need, some observe and comment, others remain silent and meditate, seeing art is a way of purifying the soul, as Martí said, of entering a path of awareness for a better world,” a necessary maxim to sustain these undertakings.