The nine approved businesses belong to priority sectors. Rodrigo Malmierca explained that Cuba is updating foreign investment policies in an effort to eliminate “obstacles” that limit access to foreign financing. He also advanced that aspects related to the participation of foreign capital in private businesses are being defined. 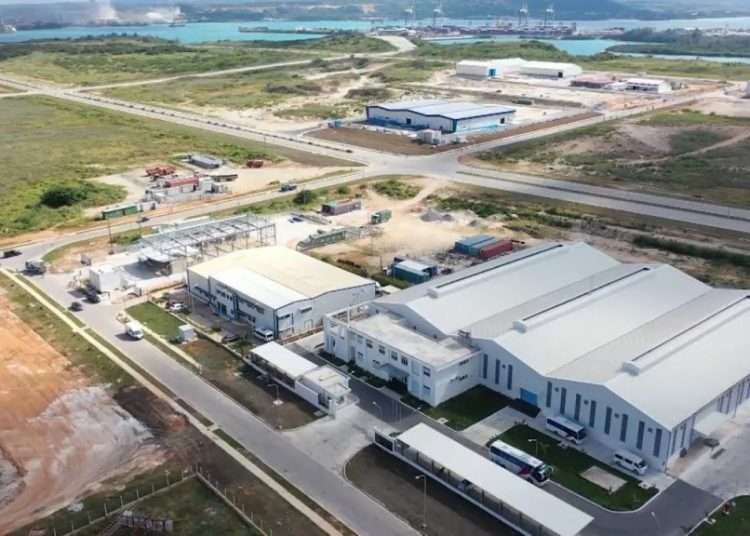 Most of these businesses “are small” and one of them appears on the list of those approved in the strategic Mariel Special Development Zone (ZEDM). Photo: ZEDM/YouTube.

During the first half of this year, Cuba approved nine businesses with foreign capital worth some 20 million dollars, Minister of Foreign Trade and Foreign Investment Rodrigo Malmierca reported this Wednesday in a meeting with parliamentarians.

There are currently 57 projects under negotiation that have the conditions to materialize for a committed investment capital of almost 5 billion dollars, which, the minister estimated, could take place within a year, according to a report by the Prensa Latina state news agency.

The nine businesses that received the green light between January and June belong to priority sectors, such as food production, mining, industry, wholesale trade, construction, information technology, telecommunications and biotechnology.

Most of these businesses “are small” and one of them appears on the list of those approved in the strategic Mariel Special Development Zone (ZEDM), Malmierca stated to the Economic Affairs Commission of the National Assembly of People’s Power in a meeting prior to the plenary session in the coming days.

The minister explained that the country is updating foreign investment policies in an effort to eliminate “obstacles” that limit access to foreign financing, which he described as “vital” for the performance of the economy.

Currently those who are committed to investing in Cuba “do so running the risk,” but he considered that there are businesses that are “very important” and for which it is possible to support partners. He also pointed out that the inclusion of projects with low investment amounts within the island’s portfolio of opportunities is one of the lines of action on which they are working.

He also advanced that also in the process of being defined are aspects related to the participation of foreign capital in private businesses, where some experiences could begin soon, and added that the possibility that foreign investment participate in wholesale and retail trade in the country was being considered.

EFE news agency pointed out that Malmierca acknowledged last December that despite the actions carried out, “the desired results” had not been achieved in the application of the law on foreign investment that has been in force since 2014. Then it became known that during In 2020 and 2021, only 47 new businesses had been approved, and only 25 of them had been established.

At the close of last year, 285 new businesses had been approved on the island, 49 of them in the Mariel Special Development Zone, and 29 reinvestments.