In addition, with the 10 deaths and the 864 discharges reported this Sunday, the island’s death toll is now 664 and 102,339 patients have already recovered, although the Cuban health authorities recognize that a part of the latter have aftereffects due to the infectious disease. 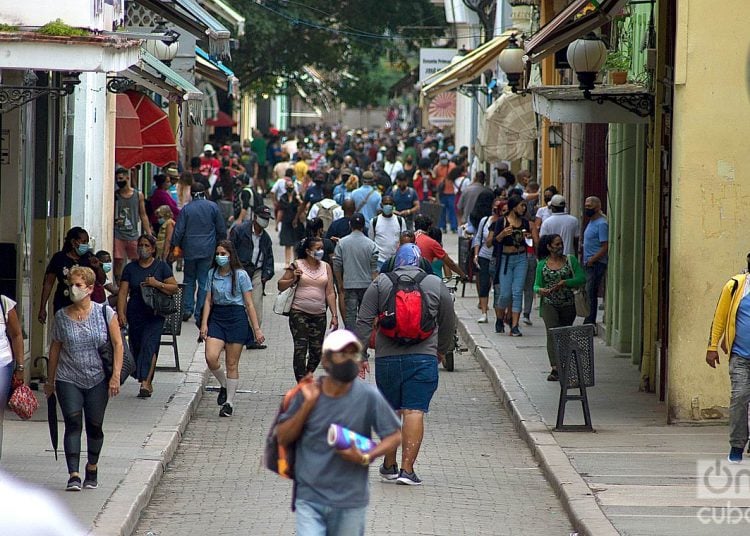 Cuba did not start May with good news about COVID-19. On the first day of the fifth month of the year, 1,071 new SARS-CoV-2 infections and ten deaths from the disease were detected on the island.

In addition, for the first time since the start of the pandemic, more than a hundred people are in ICUs: 113, 42 of them in critical condition and 113 in serious condition, which does not bode well for the next few days.

Now, the country has 108,693 positive cases since March 2020 and 664 fatalities from COVID-19. Meanwhile, with this Saturday’s 864 discharges 102,339 patients have already recovered, although the Cuban health authorities recognize that a part of the latter have aftereffects due to the infectious disease.

21,916 patients are hospitalized in the island’s hospitals for this condition, of which 3,615 are suspects and 12,667 are under surveillance. There are 5,634 active cases—5,521 of them in stable clinical condition—, which represents an increase of 197 positive cases with respect to the last day of April, according to the Cuban Ministry of Public Health (MINSAP).

Regarding the new infections, 1,039 are autochthonous—1,019 contacts of already confirmed cases and 20 with no known source of infection—and 32 are imported. A total of 496 were asymptomatic at the time of their diagnosis.

However, the most alarming news was the increase in cases among those under 20 years of age, with a record number for one day in Cuba: 217. Of these, 205 are in pediatric ages, and eight are under one year of age.

By provinces, Havana again records the highest number with 658 infections, followed by Mayabeque (72), Matanzas (52) and Santiago de Cuba (46). Now, the rate of confirmed cases per 100,000 inhabitants in Cuba in the last 15 days is 141.13, which shows the complexity of the current epidemiological situation on the island.