According to a note from the Provincial Department of Health of the Cuban capital, Luis Manuel Otero Alcántara was received “at dawn on May 2” at the Emergency Center of the General Calixto García Hospital, where he arrived “in a medical transport, conscious, and wandering without difficulty” and “with a diagnosis of referred voluntary starvation.” 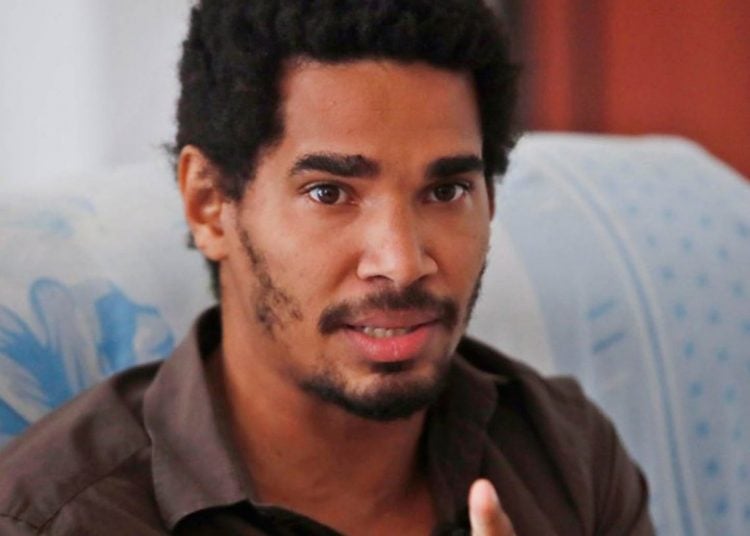 Opposition artist Luis Manuel Otero Alcántara, who this Saturday completed a week of having declared himself on hunger strike, was admitted to the General Calixto García Hospital in Havana, as reported by the Provincial Department of Health of the Cuban capital.

According to the note published on the Facebook profile of the health entity, Otero Alcántara was received “at dawn on May 2” at the Emergency Center of the hospital, where he arrived “in a medical transport, conscious, and wandering without difficulty” and “with a diagnosis of referred voluntary starvation.”

“The physical examination did not reveal signs of malnutrition, with the presence of normal clinical and biochemical parameters. As established in the medical care protocol for COVID-19, an antigen test was performed, with a negative result, and PCR samples were taken, pending their result,” said the official note, according to which “from arrival at the institution, and throughout the process he has cooperated with the health personnel who are treating him.”

The Provincial Department of Health of Havana affirms that “the patient maintains a stable evolution” and “the corresponding medical actions are continued by the group of specialists,” while “he is being kept under observation based on the aforementioned reasons for his arrival at the institution.”

For its part, the opposition San Isidro Movement (MSI), of which Otero Alcántara is the leader, published this morning on Facebook that “they have taken” the artist and activist from his home, where he was staying during the strike, and demanded that a document proving he is alive be presented by the Cuban government, which it accuses of harassment and closing in on the opponent, and demands that his requests be met in order to end the strike.

The publication does not provide details of how the artist would have been transferred from his home to the hospital. Nor have official Cuban sources and media done so up to now.

However, the Cuban television newscast showed this Sunday at the close of its evening broadcast images of the arrival of Otero Alcántara to the hospital, in which he is seen walking in, although taken by the arm and accompanied by other people, dressed as health personnel.

In the note read in that informative space, the Cuban authorities updated the information on the status of the artist and opposition activist, according to which “public health specialists report that when carrying out the complementary tests Luis Manuel Otero Alcántara has a hemoglobin of 16.8. Blood sugar at 5.6, uric acid at 971, blood PH 7.15, fasting acidosis, hematocrit 0.51, platelets 300, leukocytes 7.8 with differential normal range, erythrocyte at 5 with sedimentation and normal creatinine.”

“The conclusions are that taking into account what was indicated by the subject, that is, starvation, the current parameters of the patient do not correspond to the aforementioned, which indicates that there was nutrition and hydration,” adds the note, which reiterates that “the corresponding medical actions continue,” and that Otero Alcántara continues under observation.

In a statement published this Friday, the MSI assured that “to date the government has not shown signs of abandoning its position” regarding the strike and the artist’s demands, which, it said, “constitutes a flagrant violation of human rights,” and affirmed that “it has the life of Luis Manuel Otero Alcántara in its hands.”

Luis Manuel Otero Alcántara went on a hunger and thirst strike last weekend, after denouncing that police forces had raided his home and had extracted and damaged works of art of his authorship. His case has gained wide repercussions on social networks and has mobilized opponents and critics of the Cuban government inside and outside the country, while the official press has called into question the strike and considers it part of a subversive plan organized from outside the island.