Havana accused La Paz of giving in to pressure from the United States to break ties between the two nations. 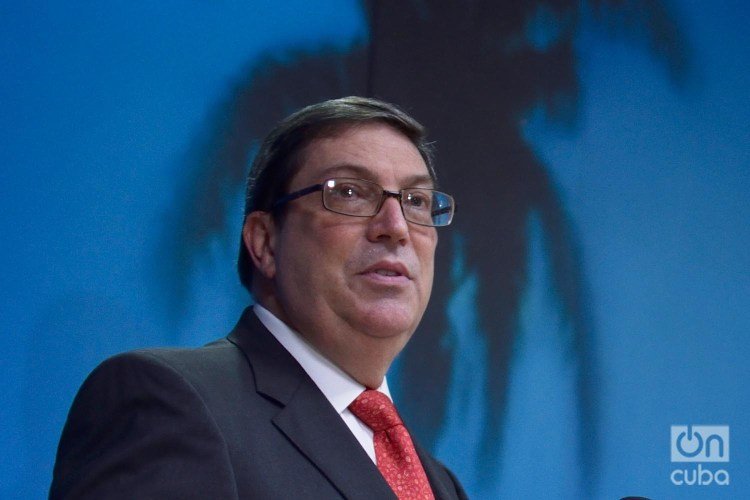 Cuba “categorically” rejected this Saturday the “pretexts and unfounded accusations” of Bolivia to suspend relations with the island, denied having responsibility in the decision and accused the interim government of Jeanine Áñez of trying to deteriorate ties between the two countries.

La Paz announced this Friday that it would suspend diplomatic ties with Cuba―without being a total rupture―due to “the permanent hostility and constant insults” expressed by Rodríguez in several tweets in which he uses harsh language against Áñez.

After remaining silent for more than a day, the Cuban foreign minister insisted on Twitter that “hostility and offenses” have not come from Havana, but from the Bolivian interim government, which he accuses of perpetrating a coup against former President Evo Morales, a close ally of Cuba.

“We have acted with patience and prudence, avoiding confrontation despite the reproachable performance of the coup plotters,” Rodríguez wrote.

In an extensive press release issued this Saturday, the Cuban Foreign Ministry insisted that it “categorically rejects” this escalation of tension in the already delicate relations between the two countries since the Bolivian interim executive took a radical turn in foreign policy with respect to the Morales stage.

It also accused La Paz of giving in to pressure from the United States to break ties between the two nations.

Bilateral tension broke out after a tweet by the Cuban foreign minister in which he denounced the “vulgar lies of the self-proclaimed leader of the coup in Bolivia,” referring to the transitional president, Jeanine Áñez, who questioned the work of the “false Cuban doctors” in that territory.

The Bolivian Ministry of Foreign Affairs sent a letter to Rodríguez expressing its “deep annoyance and rejection” over these words.

Doctors at the center of the discord

Last November, Cuba withdrew from Bolivia for security reasons the island’s more than 700 professionals who were serving in that country, mostly in the health sector.

The decision was rounded off by the controversial detention days before, by the Bolivian police, of several Cuban doctors who were initially accused of promoting protests in favor of Evo Morales, something that the Cuban government categorically denied.

Jeanine Áñez also accused her predecessor of financing the Cuban government through payments for medical collaboration, a claim that Havana denies clarifying that the stipend of the island’s specialists was lower than those of Bolivians.

“We are not used to disclosing what medical cooperation costs us,” said the Ministry of Foreign Affairs in its press release, which details that from 2006 to 2012, Cuba “assumed all the costs of cooperation with Bolivia worth more than 200 million dollars annually.”

Taking into account “the favorable situation of the Bolivian economy,” since 2012 the South American country bore the costs of providing medical services, “but never transferred a dollar to Cuba nor did it receive any income,” the text highlights.