The proposal regulates expropriation as a means of action of the State to satisfy general interests as a form of acquisition of goods and rights for the state assets. 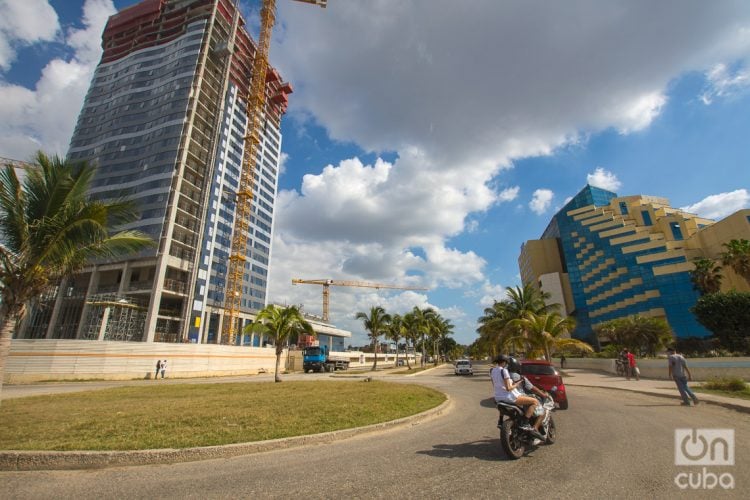 The preliminary draft of the “Law on Expropriation for reasons of public utility or social interest” was published on the website of the Cuban Ministry of Finance and Prices (MFP) for the analysis of the country’s legislators, experts and citizens, according to the island’s official media.

In addition, the email [email protected] has been enabled to promote the drafting and approval of the law based on the criteria of all interested parties, according to what was published by the official newspaper Granma.

The preliminary draft proposal regulates expropriation for reasons of public utility or social interest as a means of action by the State to satisfy general interests as a form of acquisition of goods and rights for state assets, the media reported.

It also designates the competent subjects to make the declaration of public utility or social interest, as well as the bases and the procedure to determine that utility or need, the text added.

Moreover, it supports the rules established in Law No. 118, On Foreign Investment, of March 29, 2014, on expropriation in this area and strengthens, in relation to this issue, the legal guarantees for foreign investors in Cuba, Granma said.

According to the MFP website, this legislative initiative strengthens — at an unprecedented level in Cuban law — the legal environment of procedural and patrimonial guarantees for those subject to forced expropriation, the aforementioned media underlined.

The proposed law establishes in one of its articles that the prior approval of the Council of Ministers is required for the initiation of any action whose purpose is the expropriation of foreign investments.

Granma specified that the regulatory bill for expropriations complies with the direct mandate set forth in article 58, paragraphs 2 and 3, of the Constitution of the Republic of Cuba, which authorizes the expropriation of assets solely for reasons of public utility or social interest and with due compensation; and dictates that the law establishes the bases to determine their usefulness and necessity, the due guarantees, the procedure for expropriation and the form of compensation.

The issue of expropriation has been part of the dispute between the United States and Cuba since the triumph of the Revolution, when many companies, including American companies, were nationalized on the island.

This dispute is one of the central aspects of the Helms-Burton Act, approved in 1996, whose Title III was activated for the first time under the Trump administration in 2019 to accept lawsuits from U.S. companies or companies from third countries that have benefited from the properties of American companies and citizens, nationalized after the triumph of the Revolution.

Since the activation of the aforementioned title, different lawsuits have been filed against companies that have operated in Cuban territory, but have gone through different channels.

A Florida judge recently ruled that the cruise companies Carnival, Royal Caribbean, Norwegian Cruise Line and MSC Cruises incurred in “usufruct” by using the port of Havana, Cuba, which at the time was confiscated from its owners by the island’s government.

With this ruling, the judge sided with the Havana Docks company, which filed a lawsuit against these four large cruise companies for using the Havana Cruise Port Terminal, also called Sierra Maestra Terminal, and nationalized after Fidel Castro came to power, on their trips to the Cuban capital.

This judicial process could have implications in the lawsuits that dozens of Cuban-Americans have filed in U.S, courts seeking compensation for their assets nationalized after 1959.

Among the properties object of the demands are ports, airports and hotels of European chains, mainly Spanish.

Draft of Penal Code and gender-based violence in Cuba (I)