The finding came after a "thorough review" of the hospital's cisterns, after workers and patients complained "about the fetid water in some of the services." 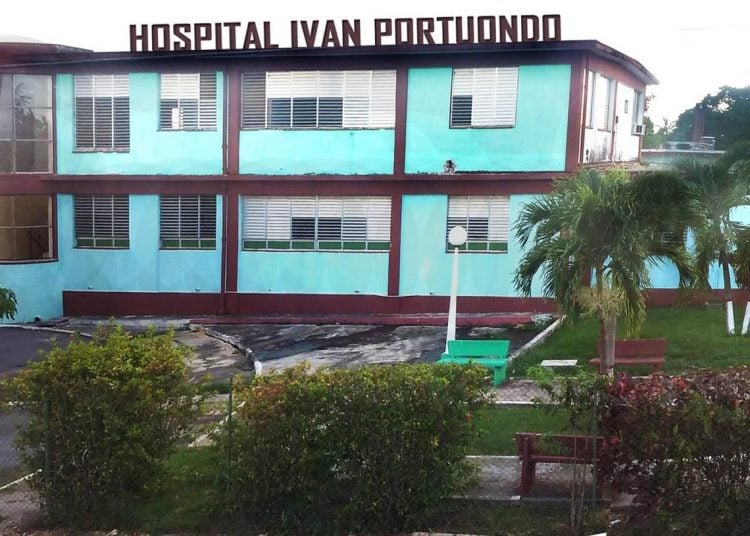 Cuban authorities are investigating the appearance of a corpse in a water cistern of the Iván Portuondo Hospital in the western province of Artemisa. The identity of the body does not correspond to that of any person hospitalized there, state media reported.

Artemisa’s local newspaper published, through its Facebook social network page, that the hospital took “urgent measures” because of the incident, which occurred on April 20 and which was now confirmed by the provincial director of public health, Alden Peláez

The finding came after a “comprehensive review” of the hospital’s cisterns, after workers and patients complained “about the fetid water in some of the services,” the newspaper reported.

According to what was said by Peláez and cited by the provincial newspaper, the inspection by the specialists of Hydraulic Resources resulted in the detection of a corpse, “a fact that is being investigated to define its causes and that is not related to any hospitalized patient or outpatient receiving care at the institution.”

For the time being, no information has been released on the identity of the remains found, although foreign media that previously published the story say that it is a former employee of the hospital.

The incident was notified to the Cuban Ministry of the Interior and other agencies, while a control operation was initiated that included “the initial closure of the hospital’s water supply” and the transfer of patients to other centers.

The head of health also assured that all the stored water was evacuated, all the tanks and the distribution network of the place were cleaned and disinfected and the controls of the residual chlorine for several days were maintained in several points of the supply network, as well as microbiological surveillance of the water.

The cistern in which the body was found and the two tanks that were supplied with it will remain inoperative until “the cleaning, disinfection and certification actions by the corresponding health authorities are completed,” he said.

He also guaranteed, according to the Artemisa newspaper, that “the epidemiological surveillance of intra-hospital sepsis and cases of infectious diseases transmitted by water is maintained, and no outbreaks have been defined to date.”

The official explained that in the face of the complaints, and days before the body was discovered, the Department of Epidemiology had taken preventive measures such as manual chlorination of the tanks, microbiological sampling at various points in the network and reviews of the tanks, in which “they did not detect any situation at first glance.”

“Other entities related to the investigation are monitoring the unfortunate incident, and when the results are clarified the population will be informed to prevent malicious rumors that threaten the sensitive Cuban health system,” concluded Artemisa’s official newspaper.

Public and free health and education systems are two of the main pillars of the Cuban Revolution, although their quality has been gradually deteriorated due to the island’s endemic economic problems, of which the Cuban government mainly blames the embargo that the United States has maintained on the island for more than five decades.