Even though several alternatives are being implemented, next year it will not be possible to meet the demands of the industry and the population, said MINAG’s Director General of Agriculture, Miguel Rosales Román. 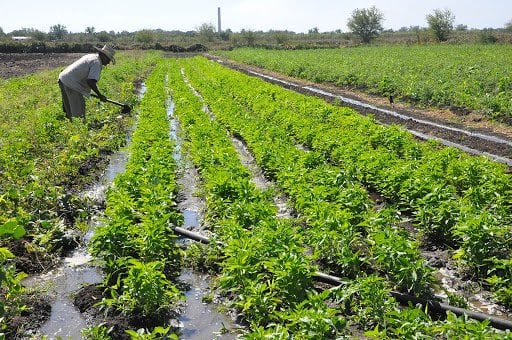 In Cuba, the 2020-2021 winter harvest has been marked by limitations in the purchase of fertilizers and by the loss of crops. This will affect meeting the demand for food next year.

The Director General of Agriculture of the Ministry of Agriculture (MINAG), Miguel Rosales Román, said that various crops’ winter harvest had begun on September 1 and that it will last until February 28, 2021.

With it, he said, 60 and 70% of next year’s production was being guaranteed. For the present campaign, 378,000 hectares were planned to be sown, which represents an 18% growth of the real amount sown in the previous one.

Until the end of November 30, 184,000 of 217,000 hectares have been planted, a delay, he stressed, determined by the permanent rains and by the effects of Tropical Storm Eta.

Under these circumstances, he said, land preparation was delayed, limiting planting and the winter harvest, which spans a period of six months. Now it should be carried out in practically 90 days.

There was, therefore, a decline in planting levels and a drop in yields.

On the other hand, it has not been possible to import the technological packages necessary for the crops to yield their maximum results.

The official added that precisely due to the lack of these inputs, yields will be below what was planned in crops such as sweet potatoes. In optimal conditions, 25/30 tons of sweet potato are obtained per hectare. Today they do not exceed 10.

Even when several alternatives are being implemented, he said, for next year it will not be possible to meet the demands of the industry and the population.