The meeting was held at the PAHO/WHO headquarters in Cuba and was attended by experts from the Coalition for Epidemic Preparedness Innovations (CEPI). 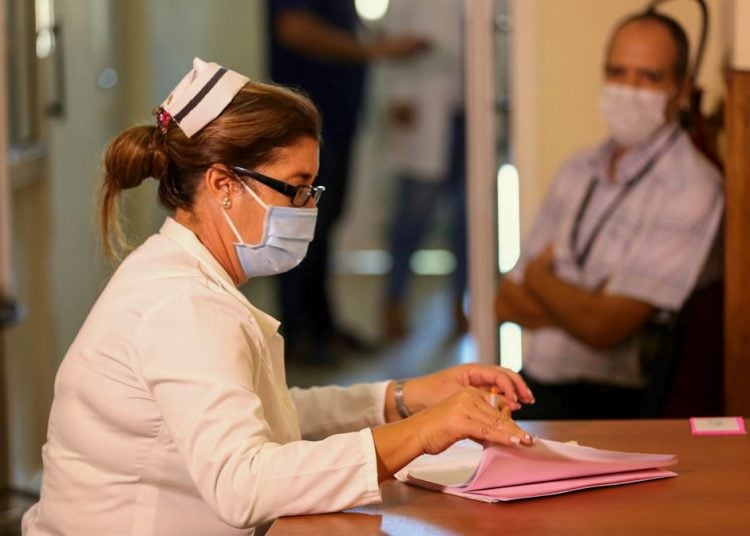 Executives of the Finlay Vaccine Institute presented this Wednesday the progress of the Cuban COVID-19 vaccine candidate, Soberana 01, during an online meeting with authorities of the Pan American and World Health organizations (PAHO/WHO).

The meeting was held at the PAHO/WHO headquarters in Cuba and was attended by experts from the Coalition for Epidemic Preparedness Innovations (CEPI), a global organization for the development of vaccines, reported the Agencia Cubana de Noticias (ACN) news agency.

Soberana 01 was tested at the end of July by the project leaders themselves: Vicente Vérez, director of the Finlay Vaccine Institute (IFV), Yuri Valdés and Dagmar García, all of them principal researchers of the vaccine candidate.

On August 24, the first phase of clinical trials began with a group of 20 people between 19 and 59 years old and this week it will be applied to another twenty volunteers between 60 and 80 years old.

In the second phase, scheduled for September 11, the sample will be expanded to 676 volunteers, including 40 from the first.

“The Soberana 01 vaccine candidate is applied in two doses, the first day that we call zero time and then a second dose is given in 28 days,” Dr. Sonia Pérez explained to a group of possible study volunteers, reported Cubadebate.

According to the specialist, the investigation ends on day 59, a period during which four blood samples are taken from the participants to carry out clinical and immunology laboratory tests by means of which the antibody titers will be measured.

Cuba has developed the industrial strategy that allows for producing the millions of doses necessary to protect the Cuban population once the investigations have been satisfactorily concluded, experts said, according to the ACN.

The Finlay Vaccine Institute has more than 30 years of experience in the development of vaccines, and the fact of having platforms developed for other epidemics, specifically for the meningitis epidemic in the 1980s, has allowed it to obtain these relevant results, the source indicated.