More than two tons of these supplies arrived thanks to the support of the Argentine Movement of Solidarity with Cuba (MasCuba), the Union of Cuban Residents in Argentina (URCA) and other groups. 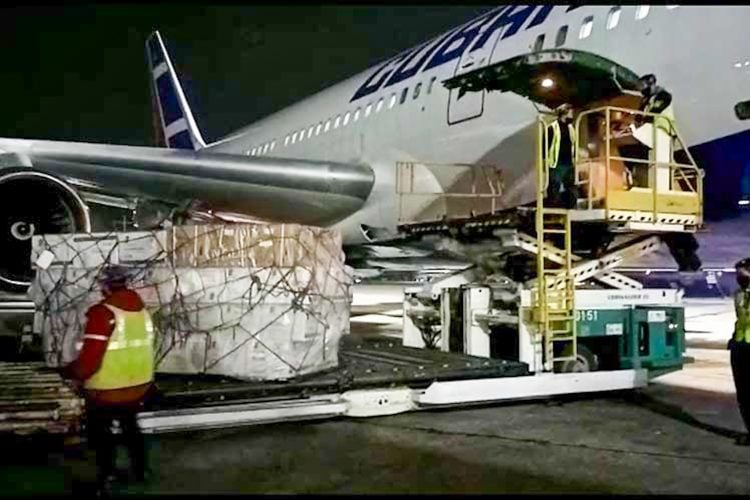 A Cubana de Aviación plane resumed the route between Buenos Aires and Havana, with a shipment of 380,000 syringes and 359,000 needles as solidarity donated to the island by Argentines and Cubans residing in the South American country.

More than two tons of these supplies traveled on the flight, which were collected thanks to the support of the Argentine Movement of Solidarity with Cuba (MasCuba), the Union of Cuban Residents in Argentina (URCA) and other groups, Cubadebate reported.

The syringes and needles are intended for the health intervention program recently approved by the Cuban Ministry of Public Health, which consists of inoculating groups and populations at risk with the Soberana 02 and Abdala vaccine candidates, still in phase III of clinical trials.

In the midst of an economic crisis aggravated by the COVID-19 pandemic, Cuba is developing five drugs against the contagious disease, but faces serious difficulties in acquiring medical supplies for the mass vaccination of its population, according to the source.

Despite the difficult health and economic situation that Argentina is also experiencing, many people joined a solidarity campaign that seeks to provide the island’s health system with the materials necessary for immunization.

“The solidarity contributions continue, so once this shipment is made, we will make another purchase,” said Alberto Más, member of MasCuba and secretary of the Argentine Club of Journalist Friends of Cuba.

For her part, the general manager of Cubana de Aviación in Argentina, Irina Plana, said that since the beginning of the pandemic the flights of the island’s flagship airline to Buenos Aires have been humanitarian in nature, carrying passengers from both countries.

The executive said that this trip reopens the route between the two countries, which from now on will have a fortnightly frequency.

Argentine Minister of Health Carla Vizzotti traveled this weekend to Cuba to gather information on the progress of the Abdala and Soberana 02 vaccine candidates with a view to a potential bilateral collaboration in the production of these formulas.

“We are already in Havana with Cecilia Nicolini to learn from the Cuban health authorities and researchers about the progress in the development of the Abdala and Soberana vaccines,” the minister wrote on Twitter.

The Argentine president has expressed interest in Cuban vaccine candidates and also in a drug for nasal use with probable preventive properties.