There were 1,053 cases detected this Wednesday. The MINSAP also reported eight deaths and 5,905 active cases. There were 1,007 discharges. 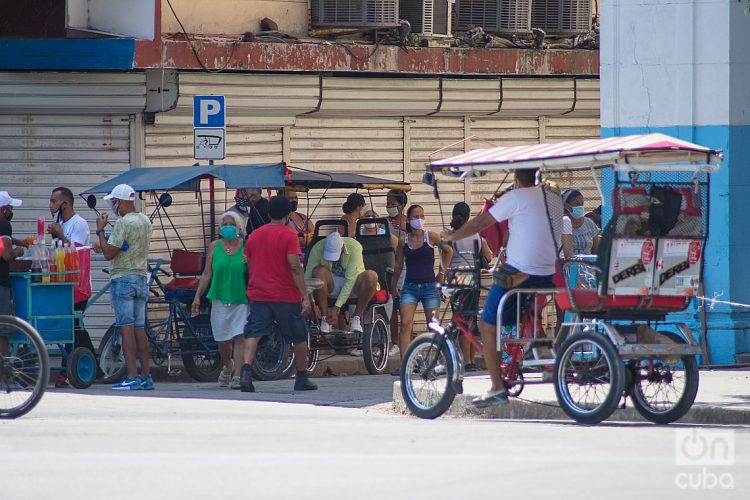 The contagions produced by the SARS-CoV-2 virus decreased, although they remain above a thousand as a result of the “strong transmission” affecting Cuba. There were 1,053 this Wednesday, when eight deaths, 5,905 active cases and 1,007 discharges were reported, according to the report issued by the Ministry of Public Health (MINSAP).

Until midnight 25,507 people were hospitalized, of which 148 were in ICUs: 57 in critical condition and 91 in serious condition.

The deceased: six women and two men aged between 52 and 98 years and residing in municipalities of Havana, Cienfuegos, Camagüey, Santiago de Cuba and Granma.

With them, the COVID-19 death toll already stands at 985 on the Island.

Of the total number of cases, 1,011 were due to autochthonous transmission, 959 were contacts of confirmed cases and 42 were imported cases, which, along with five Russian tourists, all correspond to Cuban travelers from Russia (40), Venezuela (one) and Mexico (one).

Havana, one of the three provinces with the highest incidence rate, registered 421 cases yesterday. The other two provinces with more than 100 cases, are Mayabeque and Santiago de Cuba (122).

On the contrary, the Isla de la Juventud special municipality did not report any coronavirus infection.

According to the MINSAP, yesterday 22,620 samples were processed and 48.4% of those diagnosed as positive were asymptomatic.

The incidence rate decreased nationally to 150.4 per 100,000 inhabitants in the last 15 days and the municipality of Quivicán (Mayabeque) has remained since yesterday the one with the most complicated situation in terms of transmission.

During his appearance this Thursday in the Cuban television studios, Dr. Francisco Durán also updated the data regarding the health intervention being carried out in the country.

In this sense, he said that the 2,223,826 doses had been applied of one of the two Cuban candidates: Soberana 02 and Abdala.