Dr. Vicente Vérez, director of the Finlay Vaccine Institute (IFV), confirmed this Wednesday that his center is only waiting for the approval of the studies by the Center for the State Control of Medicines, Equipment and Medical Devices (CECMED), to start studies in around 300 children with the Soberana 02 and Soberana Plus vaccine candidates. 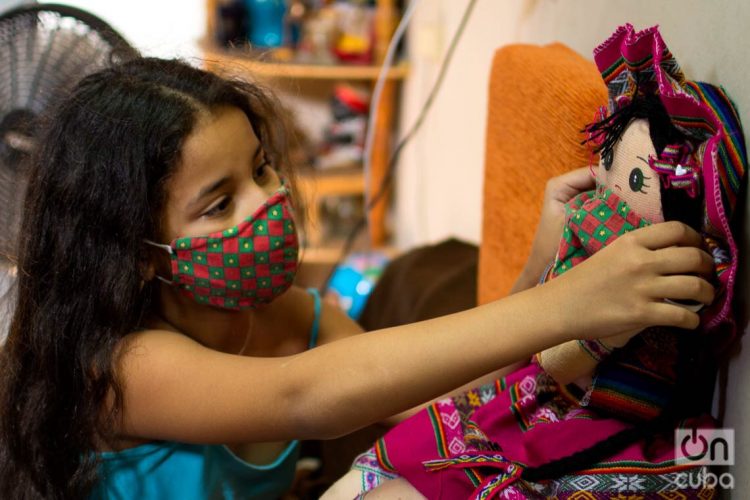 Cuba expects to start clinical trials of COVID-19 vaccine candidates in minors in the coming days, as part of its strategy to immunize its entire population against the infectious disease.

Dr. Vicente Vérez, director of the Finlay Vaccine Institute (IFV), confirmed this Wednesday that his center is only waiting for the approval of the studies by the Center for the State Control of Medicines, Equipment and Medical Devices (CECMED), to which the evidence file had already been presented seven weeks ago.

“If we are authorized in the next few days, we aspire to start the phase I/II trials next week in municipalities of Havana,” the specialist said at a press conference, explaining that this test in pediatric ages would be carried out with the Soberana 02 and Soberana Plus candidates, the latter for a third booster shot, following a scheme already applied in research with the adult population.

He said that the use of these vaccine candidates — both produced by IFV — is based on the safety demonstrated by both in studies and interventions already carried out, in which no serious adverse and unexpected effects have been reported so far.

Vérez pointed out that the clinical trials are expected to involve around 300 children, and that the doses will be applied first to a group aged between 12 and 18 years, and then to a second group between 3 and 11 years.

In addition, he pointed out that, unlike other tests of this type carried out in the world, “ethically we do not consider that we have the right to use placebos in a pediatric trial in these phases.” However, he assured that they plan to collect “enough immunogenicity data to avoid having to go to an efficacy trial,” and to be able to connect the results of this study with those of others already carried out on the island at other ages.

Similarly, he announced that in another trial with the Soberana 01 candidate, scheduled to begin its second phase in the central province of Cienfuegos at the end of June, they also plan to include children under 19 years of age, although not among the first groups of participants.

For her part, Dr. Marta Ayala, director of the Center for Genetic Engineering and Biotechnology (CIGB), commented that her institution is also working on a protocol for clinical trials in minors. They would be carried out with the Abdala vaccine candidate, developed by this center and one of the most advanced in the country, currently in phase III of studies and used in health intervention in adults.

The specialist said that they hope to present their proposal to CECMED in the coming weeks and, if approved, studies could begin at the end of June.

Cuba is going through its worst wave of COVID-19, in which the number of minors has multiplied. In May alone, more than 5,000 children were detected as positive, while in more than a year of the pandemic there are already more than 18,000.

The island’s authorities hope to have 70% of Cubans vaccinated in August, and the entire population possible by the end of this year, so the incorporation of minors into the studies of COVID-19 candidates could contribute to their future inclusion in the mass immunization process.