The Cuban authorities should protect/support the tens of thousands of jobs in the non-state sector that are already suffering the rigors of the moment. 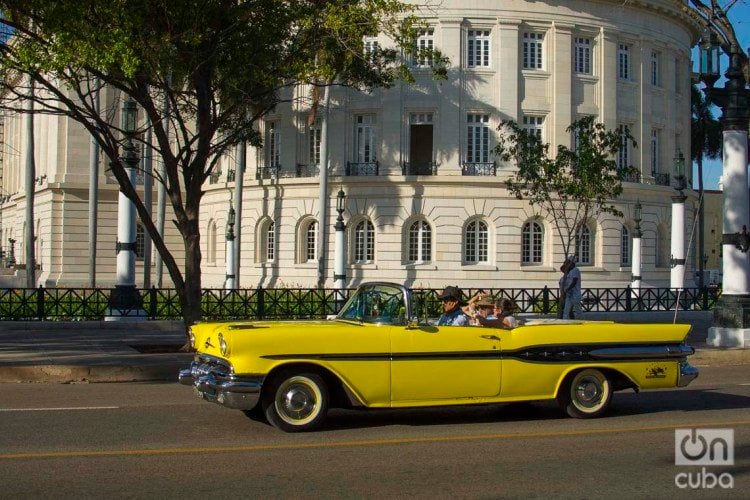 In recent days I have spoken with several clients and colleagues who are beginning to feel the impact of the coronavirus on their businesses. Especially, international tourism-related ventures like landlords, certain restaurants and Airbnb experiences have received cancellations from individual travelers and groups until the month of May.

Other types of businesses indirectly linked to the arrival of travelers, such as the ventures that provide them with services or provide them, have started being affected.

Likewise, those entrepreneurs who have just concluded investment processes or who are in the middle of said phase will be damaged, perhaps to a greater degree. Unable to generate income, they will have to face the absence thereof, which will harm not only the owners but also the employees and their families.

In most cases, I have perceived a great deal of responsibility with actions aimed at preserving, in the first place, the health of customers and employees. There are many businesses that at this point have decided to close or apply to management models that do not involve person-to-person interaction.

It must be remembered that all this occurs in a context in which the private sector along with the entire country has been suffering from the economic sanctions of the current U.S. administration, which has had as one of its main objectives to hinder the travel of its citizens to Cuba and that they had become a key market for us. Also, the unresolved chronic deficiencies and problems of the national economy have taken their toll.

To have an idea of ​​the seriousness of the moment, the World Travel and Tourism Council (WTTC) has estimated that tourism will drop 20 percent worldwide and that 50 million jobs are in danger of disappearing. They estimate that it will take 10 to 18 months to regain activity levels prior to the worsening of the pandemic once the spread of the disease has been controlled.

Given this situation and amid all the responsibilities they have at a time like this, the Cuban authorities should protect/support the tens of thousands of jobs in the non-state sector that are already suffering the rigors of the moment.

Doing so is an economic imperative since we are talking, in the case of landlords, of more than 24,000 accommodations that were key, for example, to assimilate the tourist boom that we experienced in the country between 2014 and 2016.

In addition, supporting the private sector at a time like this is protecting 32% of the country’s workforce, which in addition to including the self-employed includes other non-state actors that will also be damaged because tourism revenues, whether they go to the private or the state sector, is spreading to the entire economy.

It is not necessary to create special mechanisms but to apply Resolution 427/2019 of the Ministry of Finance and Prices (MFP) which would allow exempting the payment of the advance fee to the account of the Personal Income Tax or reducing them considerably in a situation like the current one.

This mechanism was already applied when Hurricane Irma and several ventures benefited from it.

Unlike that occasion, in this situation that prevents the normal performance of the undertakings is not local, as was the case with Irma, but global, and that is why just a few days ago the WHO declared the coronavirus a pandemic.

Although the MFP Resolution is designed for climatic and epidemiological contingencies in the country, and for the moment the most serious scenarios are outside our borders, globalization and the interconnection between our societies have already brought to our island, in addition to the virus, its immediate impact on our economy and all its actors.

Download here the Gaceta Oficial No. 85 Ordinaria de 2019 that contains Resolution 427 of the MFP.

Resolution 427 of 2019 of the Ministry of Finance and Prices

FOURTH: The advance payment on the account of the Personal Income Tax and the monthly consolidated fee as corresponds, for a period of between one (1) month and up to three (3) months, are exempt for self-employed workers who are totally prevented from carrying out their activities, by virtue of climatological, epidemiological or other similar situations, provided they are duly declared by the authorities empowered to do so, in accordance with the provisions of the legislation in force for such purposes. The quotas mentioned above are reduced by up to fifty percent (50%), when the exercise of certain activities have been prohibited or partially affected, for the reasons and period of time established in the preceding paragraph.

FIFTH: For the application of the benefits referred to in the previous section, the presidents or heads of the councils of the municipal administration determine which activities, in which areas or popular councils, the period and the percentage in which the payment of these fees must be exempted or reduced, by virtue of the aforementioned causes and the specific effects on the territory.

SIXTH: When the causes that motivate the fiscal benefits granted in the previous section are extended for more than three (3) months, the presidents of the councils or heads of the provincial administration and that of the special municipality of Isla de la Juventud, request and justify, to the entity that resolves, the extension of those benefits, as corresponds.