It concerns a Decree-Law and eight resolutions from various ministries, a legal package in which this activity is conceptualized and procedures are defined by which it seeks to make it more efficient and speed up and make the approval processes more flexible, the official Cuban press reports. 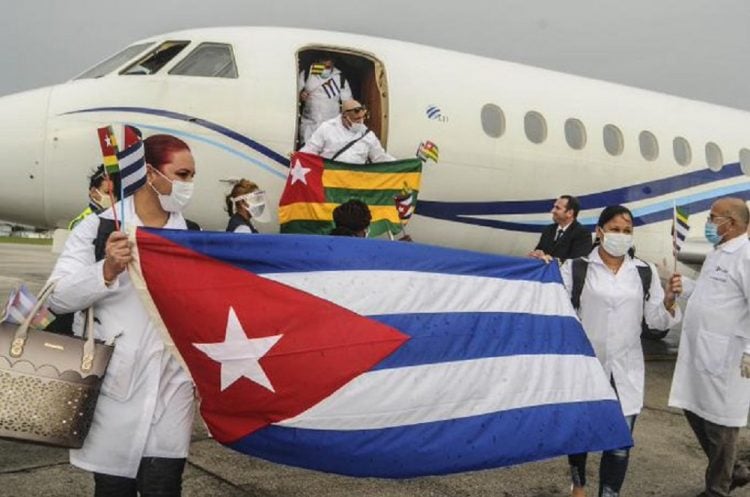 The Cuban government promulgated a group of regulations related to the international cooperation the island provides and receives, which establishes that it will be free from “economic, political or social conditions that imply interference in internal affairs.”

It concerns a Decree-Law and eight resolutions of various ministries, a legal package in which this activity is conceptualized and procedures are defined by which it seeks to make it more efficient and speed up and make the approval processes more flexible, the official site Cubadebate reported.

The regulations, published in the Gaceta Oficial No. 85 Ordinaria of this December 1, 2020, will come into force as of March 31 of next year, and with them, “the legal dispersion and existing legal gaps in some cases” are eliminated, according to Magalys Estrada, general director of Economic Collaboration of the Ministry of Foreign Trade and Investment (MINCEX), cited by the source.

They apply to all national and foreign subjects, and establish the mechanisms and procedures for the island’s international assistance in other countries, the official explained.

The basic norm is Decree-Law 16/2020, approved by the Council of State last September, and which states that the international cooperation that Cuba offers and receives is carried out “without affecting the unity of Cuban society and with strict respect for the sovereignty, self-determination, laws, culture, religion and customs of the country that benefits from the cooperation, following the principles of international law.”

This decree provides for the creation of a Committee for the Management and Approval of International Cooperation Programs and Projects, “to make all legal processes and procedures more flexible” and also establishes that the Council of Ministers will approve the proposals for international cooperation actions that Cuba offers, which will be presented by the head of MINCEX, prior to any negotiation with the foreign party, the Agencia Cubana de Noticias (ACN) news agency reported.

In addition, the legal norm “recognizes as international cooperation modalities disaster or emergency, economic and technical aid” and among the aspects it regulates “is that related to free training for students from other countries and medical care free of cost to foreign patients in the national territory.”

“In the case of the cooperation received, it is intended to provide an assurance in the plan and budget for these actions, which allows, in the first place, to attract more external resources to the country based on the strategic lines that it has proposed, above all as a complement to economic and development efforts and to better implement these cooperation funds,” added Estrada, who emphasized that it is an open legal framework.

“One of the features of these regulations is that the concepts are very general and open to accommodate all sources of external financing that cooperate and wish to cooperate with Cuba,” she said.

The MINCEX official also explained that work is underway on the preparation of a digital platform on the Internet, a one-stop window to inform and expedite permits, and that a training process will be developed “for all persons and institutions that present collaborative projects.”

The publication of this package of regulations takes place in the context of the coronavirus pandemic, during which Cuba has provided its collaboration to various countries, particularly in the field of medicine, and has received cooperation from governments and international organizations. And it is also made public after the Cuban Foreign Ministry’s accusations of interference in internal affairs by the U.S. government as a result of the recent events related to the opposition San Isidro Movement.