The study in the city of Santiago of one of the vaccines developed by the Center for Genetic Engineering and Biotechnology (CIGB) of Havana, will consist of two phases and will involve 800 volunteers. 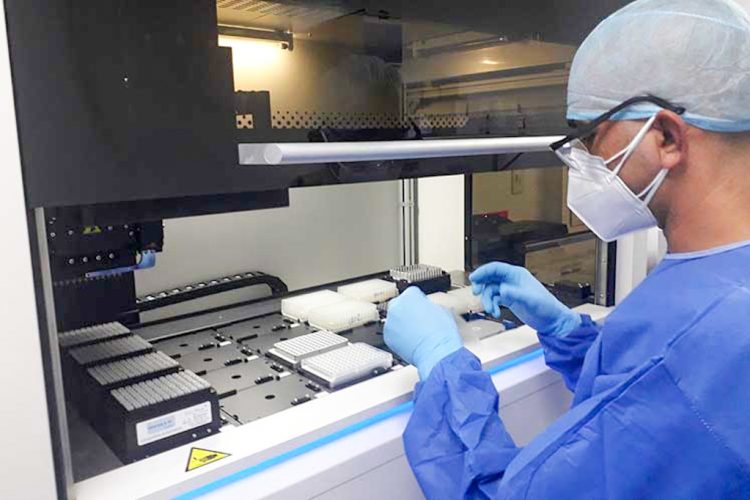 The clinical trial of the Abdala vaccine candidate, one of the four developed by Cuban scientists against COVID-19, began this Thursday at the General Saturnino Lora Hospital, in Santiago de Cuba.

The director of that medical institution, Rafael Suárez, explained that the study will consist of two phases and will involve 800 volunteers, according to Prensa Latina news agency.

In the first phase―which will run until February―the vaccine candidate, one of the two developed by the Havana Center for Genetic Engineering and Biotechnology (CIGB), already approved for human studies, will be administered to 200 volunteers. In a second stage, the drug will be tested in another 600 participants, the source specified.

For the clinical trial, adults of both sexes, healthy or with controlled chronic diseases, residing in the southeastern city, were selected.

In Suárez’s opinion, the selection of Santiago de Cuba to test the effectiveness of Abdala constitutes “recognition” for the results of that province in the battle against the COVID-19 epidemic―despite the increase in cases detected in that province in recent weeks―in addition to the experience of its institutions in previous medical studies, in particular those coordinated by the CIGB.

Dr. María del Carmen Ricardo will be the principal investigator of the trial of the COVID-19 vaccine candidate and will coordinate a team of specialists from the Santiago hospital, as well as from other scientific centers in the city such as the Oriente Pharmaceutical Laboratories and the Virology and Microbiology Laboratories.

Last week, the Abdala and Mambisa vaccine projects, developed by the Havana CIGB, received the green light from the regulatory authority for Medicines, Equipment and Medical Devices in Cuba (CECMED) to begin human trials.

In addition, the director of the Finlay Vaccine Institute, Vicente Vérez, recently declared that the first two Cuban formulations against the virus, Soberana 01 and Soberana 02, are showing “encouraging progress” with the appearance of antibodies for the pathogen.

Cuba was the first country in Latin America and the Caribbean, and the 30th in the world, to authorize clinical trials of a COVID-19 vaccine candidate last August.