The measure seeks to offer more opportunities to book through this means a greater number of people and curb the hoarding and reselling of tickets by a few customers, at a time when the number of daily trips has been reduced to a third of those made before the pandemic, according to transportation officials. 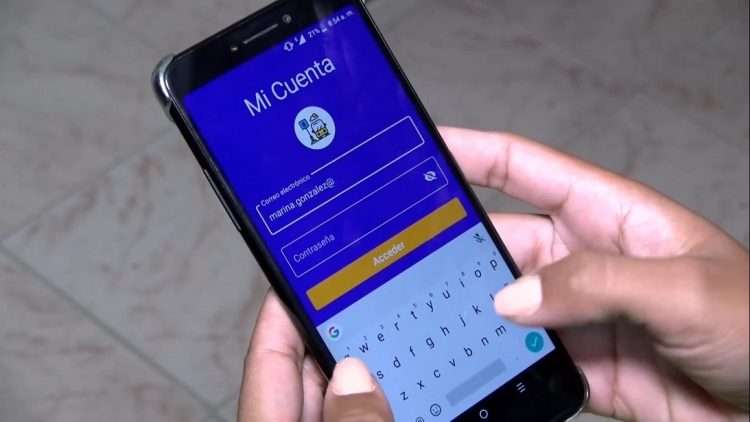 The Viajero enterprise, in charge of the commercialization of state passenger transportation between the Cuban provinces, will limit online booking per client, amid high demand for its services and growing dissatisfaction with the operation of the mobile application (apk) used for purchasing tickets.

The measure seeks to offer more opportunities to book through this means a greater number of people and curb the hoarding and reselling of tickets by a few customers, according to Granma newspaper.

Days ago, the enterprise had announced on its social networks about changes to the online booking policy, which as of this month limited purchases per customer of up to 80 cumulative capacities in a 30-day period. This figure would be reduced to 30 capacities as of August.

However, the announcement raised a wave of criticism from the population, which has considered the measure insufficient and believes that it still encourages “the resale of interprovincial tickets due to the existing passenger transportation limitations in the country due to the low availability of equipment,” the official publication pointed out.

Given this scenario, Freddy Álvarez, director of the Viajero enterprise, explained that “at this time, taking into account the opinions of the population, adjusting the permissible limit of purchases accumulated in the last 30 days to a moderate figure is being evaluated,” although without specifying that possible amount yet.

In this way, he said, “the real capacity demand per user will be taken into account, without forgetting that there are customers who regularly use this service to work, study or other reasons, generally on short-distance routes.”

During an exchange with the press, officials of the Automotive Transportation Services Business Group (GEA) recognized that currently through the Viajando apk “about 30% of the capacities that were managed in the initial period of use of this platform are offered,” from two years ago.

This is due to the economic crisis that the island is going through and its repercussion on the transportation sector, while in 2020 nearly 300 daily interprovincial bus trips were planned, currently only around 110 are made, of according to a dispatch from the Agencia Cubana de Noticias (ACN) news agency.

This means that “every day at 8:30 in the morning, during the opening hours of the new booking cycle, the apk reports peaks of 30,000 requests per second, compared to an approximate offer of 7,000 capacities, which generates dissatisfaction for not being able to cover the requested demand.”

The officials added that “the Internet connection of the users, the stability of the payment gateway and the characteristics of the mobile devices also affect the stability of a widely used platform” ― it has around 380,000 registered users ― and confirmed that by this means “bus tickets can be sold between 20 and 30 seconds after being offered,” says the ACN report.

In these difficult conditions and based on the work of a platform monitoring team, “a group of users was detected that managed to accumulate an indiscriminate number of bookings,” Granma reported. According to this newspaper, which cites the director of the Viajero enterprise, in the last 30 days, 1.43% bought between 21 and 30 bookings through the apk, while 1.08% acquired more than 31 capacities, a group which includes customers who booked more than 100 tickets.

“That is why, since the beginning of this sales modality, the accounts and telephone lines have been blocked of some users who have been found to be improperly using the application,” said the official.

However, although the state transportation authorities hope that the new booking policy will provide everyone with “greater chances of obtaining a ticket,” they warn that this will not be enough to meet the current demand for capacity or, at least, reach the level of previous years.

This, he recognized, “can only be had when the financial situation improves and then the number of daily departures in the national programming is resumed.”