Minister of Economy and Planning Alejandro Gil said at the Mesa Redonda TV program that conditions will be created so that non-state forms of management can do so. 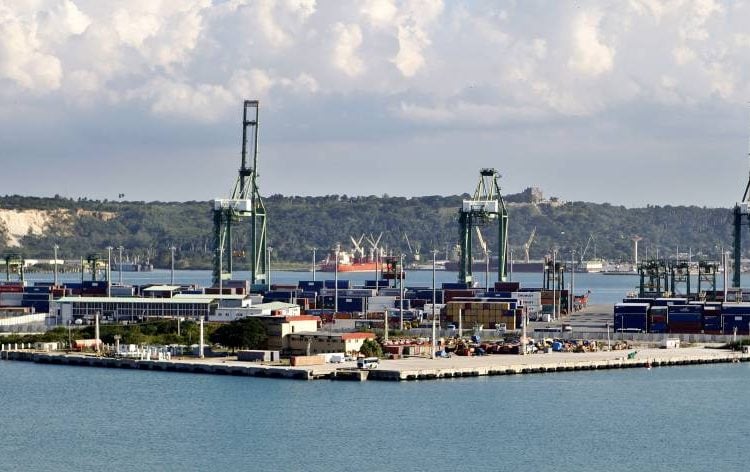 Special development area in the port of Mariel. Photo: Facebook.

Minister of Economy and Planning Alejandro Gil Fernández assured in his appearance in the Mesa Redonda television program that the changes approved this Thursday during an extraordinary session of the Council of Ministers, known as “economic-social strategy to boost the economy and deal with the world crisis caused by COVID-19,” are aimed at eliminating the obstacles that operate in the economy, but maintaining and defending the concept of planning.

He said that this strategy was built on a set of principles that he listed as follows: keep planning centralized; defend national production and banish the import mentality; regulate the market; complementarity of economic actors; revitalizing role of domestic demand for the economy; give greater management autonomy to the business sector; implement key aspects, approved and pending, mainly with respect to the forms of management; encourage competitiveness, savings, motivation for work and efficiency; and an active environmental policy in harmony with the country’s regulations.

He emphasized that the main focus is on food production, where he identified the need to eliminate many subjective problems related to financing structures, the flexibility of marketing and the defense of the principle of collections and payments relations.

He said that the results that were being obtained in that area were not as expected, and that to some extent they depend on factors that can be resolved between producers and officials.

Another aim is to strengthen the autonomy of the socialist state company. Gil Fernández argued that the aim is to defend efficiency and create conditions for the entity’s management to have a higher level of decision making on certain elements that correspond to an entrepreneur’s decision and not at higher levels. “We also intend to make the enterprise’s corporate purpose more flexible and allow the carrying out of collateral activities,” he said.

An important point of this strategy is related to the beginning of the design of the small and medium-sized enterprises, “always,” he emphasized “adjusted to our conditions and not exclusive to the private sector. Within the transformation of the socialist state enterprise we are on that path. These institutions can function as much as state or private and even joint.”

He explained that in this case they will not come into operation immediately, but work was already underway for this. “Another important line,” he stressed, “lies in the work so that non-state forms of management can import and export their products. In turn, also boosting the already approved agreement and the implementation phase that gives cooperatives the possibility of selling to the Mariel Special Development Zone. Work will also be done to encourage foreign direct investment, especially in food production.”

He commented that self-employment is going to be improved, expanded and cooperatives will be promoted. For this, it is expected that giving licenses will be made more flexible, and he stressed that the conditions will be created for non-state forms of management to export and import.

“The measures that have been presented today are not the only ones necessary, the reform process is supposed to continue. But what has been decided is an important step in the right direction, part of what several economists have been proposing for a long time: food production has been prioritized, for which the forms of production and marketing in agriculture are being made flexible and decentralized, foreign trade operations are authorized for all economic agents, the reform of the state enterprise begins with greater decentralization, small and medium-sized enterprises with all forms of ownership and management, including private and cooperative, will be legally recognized, etc. All this is of great importance,” said renowned Cuban economist and researcher Julio Carranza.

“The biggest problem I see,” he added, “is the monetary disorder with the circulation of three different currencies and the limitations due to the now inconvertibility of the CUC. It is still not very clear how all this will operate and the consequences it will have in the short term. There is an obvious need to encourage the entrance of foreign currency to the country, at a very tense moment for the economy as a consequence of the combination of the world crisis due to the pandemic, the strengthening of the blockade and the domestic economy’s inefficiencies. The opening of shops in foreign currency and the elimination of the tax on the dollar are part of the incentives for the entry of foreign currency into the country. The picture is complex and many questions remain to be resolved, but the government has given a clear sign that it is moving more boldly, which is very good.”

Cuba among countries with most COVID-19 tests per million inhabitants, according to health authorities