With his statements, the president again puts the issue of monetary unification in the spotlight as a government priority, after Minister of Economy Alejandro Gil had previously lowered the pressure on the issue amid growing rumors of an imminent measure in that direction. 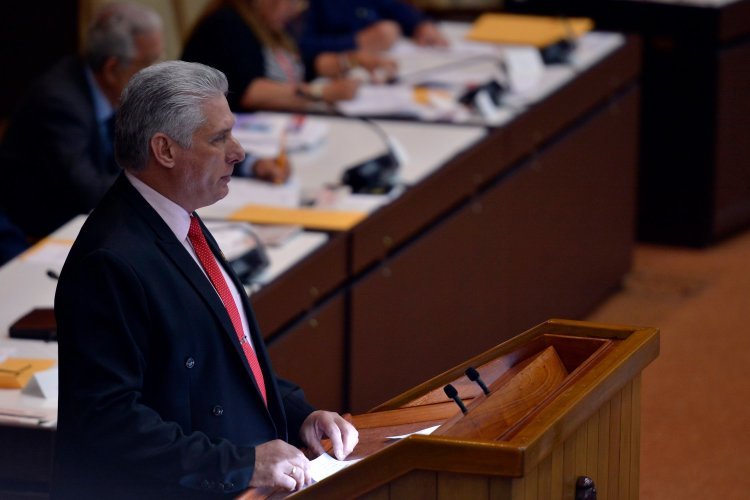 Cuban President Miguel Díaz-Canel this Saturday assured the National Assembly that, although there is much to be resolved on the island, “what’s most pressing is the monetary organization.”

“No one can calculate, even the wisest of the wise, the high cost that monetary duality has meant for the state sector,” said the president to the deputies gathered at the last parliamentary session of the year, in which the budget and the economic plan for 2020 were approved and the until now minister of tourism, Manuel Marrero, was appointed Prime Minister of Cuba.

In his address to the Assembly, Díaz-Canel reported that the monetary system is “in an advanced state of study and approval, validation of each issue, development of legal norms, training processes, political guarantee and social communication,” according to the review published by the official Cubadebate website.

In addition, he referred to the complexity of “aspects closely related to monetary duality, which will be applied in the previewed sequence.”

“This is not a currency exchange, bank deposits, in foreign currencies, the convertible peso and money in the hands of the population will be guaranteed,” said the president.

With these statements, Díaz-Canel again puts the issue of monetary unification in the spotlight as a government priority, after Minister of Economy Alejandro Gil had previously lowered the pressure on the issue amid growing rumors of an imminent measure in that direction.

In an interview with the French press agency AFP, Gil said that monetary unification would not be carried out “against the clock” but “when conditions are created,” although he acknowledged that “the future currency of the Cuban economy is the CUP” and that “steps in that direction are being taken.”

The minister also said that when the time comes “the population is not going to be affected and the conditions will be created to minimize the effects,” but he said that there is still no definition on how to handle the different exchange rates existing on the island, between the so-called Cuban peso (CUP), the convertible peso (CUC) and international currencies.

Regarding this, he said to AFP that “we have many distortions when it comes to measuring performance.”

With a tight belt

Speaking about the year that is coming to an end, the president acknowledged that it was a “hard” period in which despite the “complex scenario,” marked by U.S. sanctions, it was not necessary to resort to “neoliberal formulas” or the “uncomfortable blackouts” and in which an estimated GDP growth of 0.5% was achieved.

“The whole country tightened its belt,” said Díaz-Canel, who said that Washington’s measures against the island “are aimed at sabotaging Cuba’s foreign trade, payments and credits, as well as seeking to disrupt national trade,” despite which the country has not succumbed economically.

The president called for strengthening savings and to not forget the measures taken during the “energy situation” of the second half of 2019. He also called on Cubans to combat social indiscipline, to “generalize denunciations” and to “strengthen ourselves ideologically.”

He affirmed that Cuba maintains its formal relations with the United States while “trying to maintain the family ties of millions of citizens and communication between both countries,” but said that Havana “will take all measures to curb interventionist actions and safeguard national security, sovereignty and idiosyncrasy.”

He also reaffirmed support for Venezuela and Nicaragua, his traditional allies in the region, as well as former Bolivian President Evo Morales―whom his government considers a victim of a coup d’état―and Brazilian Lula Da Silva. At the same time, he showed his sympathy for the new left-wing governments in Mexico and Argentina.

On the legislative activity of the Assembly, he said that the six laws passed in recent months are “of vital importance for the exercise of government” and said that Parliament should prepare to legislate, “because of their high sensitivity,” on some issues such as “gender violence, racism, animal abuse and sexual diversity.”

Finally, Díaz-Canel called on Cubans to celebrate the end of the year and called for all the plazas “to be filled with music and joy.” “There are enough reasons to celebrate,” he said. “In the 61st year of the Revolution, they shot to kill us and we’re alive.”