They are transformations that can be carried out now, without waiting for the next Congress because they were all approved in the previous two, they are debts that must be paid and the sooner the better. 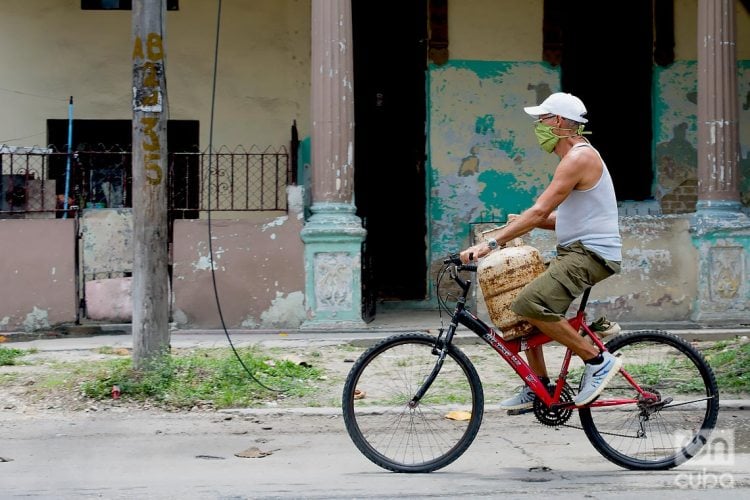 This pandemic has caused us to look again at the documents that, for more than 10 years now, have been built on, discussed and approved, as a guide for all the process of transformations that should lead to “the liberation of productive forces.” Those documents, public and known to all, were:

All of them were agreed from the highest leadership of the Party and the State to the very neighborhoods, all were discussed and approved by the deputies to the National Assembly of People’s Power in its different sessions, some, like the guidelines, became mandatory reference in any report of any organization, political, mass, business. It was almost a ritual to report which guidelines were met when an enterprise or organization gave its annual or semi-annual balance report.

Those documents were, moreover, built from science, with the participation of diverse scientists, political scientists, philosophers, sociologists and….even economists, because certainly the economy is something so serious and has such different impacts that it’s view is  necessary.

Few reform, transformation or updating processes have had so many ideas embodied in so many documents, few have put to work so many dozens of scientists from so many different branches of science. Yet today we are here again, stumbling over stones that seem to love us so much that we can’t get them out of the way.

So, what we have been lacking has not been a “shortage of ideas.”

Nor can it be said that nothing has been done. From time to time, the number of policies that have been approved associated with the guidelines is reported. They are dozens, actually hundreds.

However, ten years later, the productive forces are still waiting to be liberated.

While this pandemic has highlighted the country’s tremendous capacity to successfully deal with a phenomenon that is killing thousands of people around the world, and for which powerful economies have not found an adequate solution, it has also made the weaknesses more evident in decisive issues such as agricultural-food production, energy dependence, product marketing systems, weak local economies, lack of complementarity of production systems, etc. etc. etc., all matters that appear regulated in those aforementioned documents.

Anyway, there are still a group of pending urgent issues, in the sense that in the “new normal” will be decisive:

The reform of the state-owned enterprise that goes beyond removing obstacles and that, in my opinion, should be promoted, advancing the discussion of a law on enterprises that seems should not be delayed any longer, especially not until 2022. Little more has to be argued in favor of this, there are dozens of written pages with specific proposals.

The modernization, updating, of the law on foreign investment, to put it in tune with these times, adequately facilitating new businesses, shortening times and making flexible or eliminating regulations that conspire against the perception investors have of Cuba as a destination for their investments. Generating greater incentives to promote it in decisive industries such as agricultural-food and energy production, especially in the renewable energy segments.

The legal recognition of small and medium-sized enterprises and their opening to all sectors of the national economy, with the exception of those that also appear in the foreign investment law. There has been too much talk about the dangers and advantages, the truth is that since they were taken up in the early 1990s, 30 years have gone by in which we have wasted undisputed productive potential. The best proof of what an alliance between these small private enterprises and the state sector means has been tourism; but also the production of pork, and the network of private restaurants they achieved, which in 40 or more years was not achieved by the Ministry of Domestic Trade and the gastronomy departments of provincial and municipal governments.

“It’s not a matter of improvising, but of introducing in the economic schemes and in development policies, the new actors and practices that have been approved in the Conceptualization, in the Guidelines of the Economic and Social Policy, and in the Bases of the Plan of Economic and Social Development until 2030.” President Miguel Díaz-Canel, Meeting of the Council of Ministers, May 4, 2020

All the productive potential (and productive services) of our country is there. They are transformations that can be carried out now, without waiting for the next Congress because they were all approved in the previous two, they are debts that must be paid and the sooner the better. Moreover, even without waiting for the much announced exchange and monetary unification, whose carrying out is now in a more complex situation.

There are other topics that are also important, but that somehow are almost centrally connected to the previous three; the first of all is to act consistently with that definition of fundamental means of production that appears in the conceptualization, and to promote the streamlining of the State and government apparatus, as well as of the positions and posts in social organizations―something that the pandemic has demonstrated that is not only necessary but possible (telework, working from home, online work)―and redirect many workers to the productive sector, which requires investments and new enterprises, state and non-state. This, in addition, would generate a reduction in expenditures. What better example than the recent stoppage of cars?

The debt with suppliers is another urgent and strategic issue. It affects our productive capacity, reduces the supply of capital goods and consumer goods, contributes to raising country risk, generates uncertainty for suppliers. But it’s possible to find solutions, one of which is to make “swaps,” for example, giving a part of the ownership of some state assets (hotels,1 for example) in exchange for that debt. Without a doubt it is something different, without a doubt it is something not well seen by many, but Cuba needs immediate liquidity and it does not make much sense to keep blocks of concrete used at less than 50%, today empty and with levels of exploitation still to be seen in the coming two years and, at the same time, not having the necessary money to buy the food the country needs.

It’s true that they are all complex matters, more complex now that the COVID-19 has been added to Trump’s siege. It is also true that all of them have highly sensitive political issues implicit for Cuba, not only in its condition as a socialist country, but also derived from the former, because they break schemes assumed, accepted and practiced for many decades that were not corrected in due time and that have generated a system of collective and individual interests that will be definitely affected. But you have to weed them out.

The demonstrated indisputable ability to manage this pandemic and its impacts on Cuba’s population is an undeniable credential for this government, which favors being able to take on those other challenges and succeed.

1 There are hundreds of 100% state-owned hotels. If it were decided to capitalize 20% of the property of each one of them, the country could enter a not insignificant amount of foreign currency. It is true that they are currently assets with a declining market price, but even so it is not impossible. Of course, it involves changing certain rules of the game.