The drugs that the industrial institution will develop and produce will be for the treatment of diseases such as cancer, diabetes, autoimmune and infectious, cerebrovascular and COVID-19, among others, explained Deputy Prime Minister Jorge Luis Perdomo on his Twitter account. 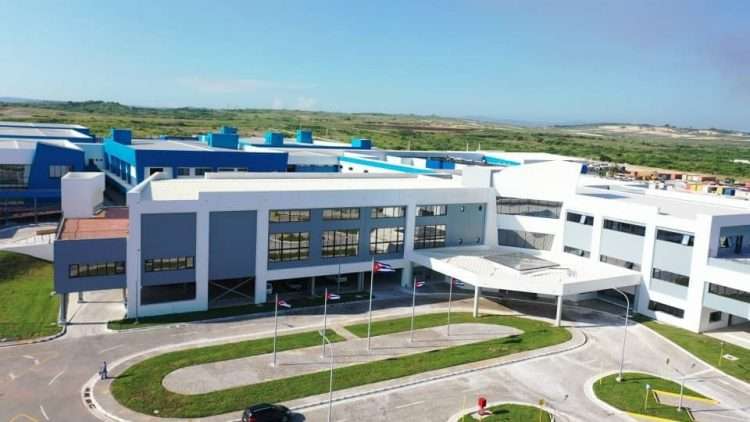 The new facility, the most modern of its kind according to Cuban authorities, will be dedicated to the research, development and production of high-standard vaccines and novel drugs, said Deputy Prime Minister Jorge Luis Perdomo on his Twitter account.

The drugs that the industrial institution will develop and produce will be used to treat diseases such as cancer, diabetes, autoimmune and infectious, cerebrovascular and COVID-19, among others, he explained.

Among the mentioned Cuban drugs that it will produce, COVID-19 Abdala vaccine and the Jusvinza drugs, for the treatment of severe and critical patients with COVID-19, Heberprot P, used to cure diabetic foot ulcers, and Heberferon, applied to patients with skin cancer, dengue and conjunctivitis.

Cuban President Miguel Díaz-Canel and Army General Raúl Castro attended the ceremony that opened the doors of this complex after 57 months of execution. Díaz-Canel said that the institution is the result of collaboration between the BioCubaFarma Group — a business organization that produces high-tech drugs, equipment and services — and the Center for Genetic Engineering and Biotechnology (CIGB), a scientific research center in areas of medicine and biology.

According to official reports, the strategic ZEDM has 61 approved businesses, including 31 totally foreign capital enterprises, 16 joint ventures, 11 totally Cuban. Today it has 34 businesses in operation and the most represented sectors are industry, logistics, transportation, construction, the food industry, energy and biotechnology. In general, they have created more than 15,000 jobs.

With about 465 square kilometers, the ZEDM is located in a privileged geographical area on the north coast of the western province of Artemisa and 45 kilometers west of Havana. Its main objectives are to encourage comprehensive projects that allow the substitution of imports, promote exports with national products of high added value and create jobs, according to its promoters.