This was announced at yesterday’s Mesa Redonda TV program by Deputy Prime Minister and Minister of Economy and Planning Alejandro Gil Fernández. 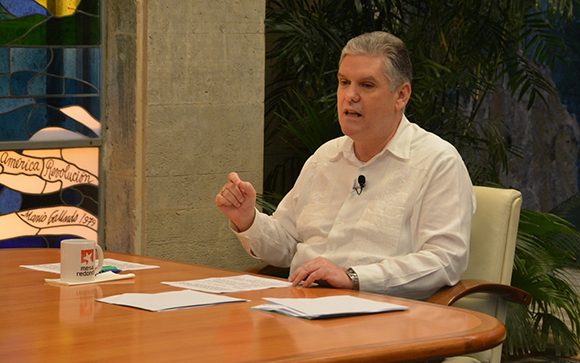 Deputy Prime Minister and Minister of Economy and Planning Alejandro Gil Fernández said this Tuesday that of the 127 activities allowed for self-employment, now more than 2,000 can be carried out.

Speaking at the Mesa Redonda TV program, he said that it was not just a change in the list of activities, but something much broader and that includes other measures such as the improvement of the tax system, making flexible the paperwork and the administrative mechanisms to issue authorizations for self-employment.

He said that the blockade had had a severe impact on self-employment considering the suppression of cruises, tourism and the effects on travel, all measures that had an impact on private restaurants (paladares) and on the leasing of rooms and homes, among other economic activities. He also alluded to the weight of the pandemic, which inevitably led to the closure of businesses and the reduction of service delivery hours.

Due to these circumstances, he stressed, around 250,000 self-employed workers had to temporarily suspend their licenses.

On the other hand, he said that article 5 of Decree 20/20 prohibits practicing veterinary medicine as a self-employed activity. “In the new design of activities, this prohibition to practice veterinary medicine is maintained, however, the exception is incorporated for those who care for pets.”

“That specific part of self-employment in veterinary medicine for the care of pets,” he reiterated, “is allowed in the new policy. The modifications that correspond to the legal norms will be introduced so that this is duly supported.”

“I wanted to specify this because it is a specific question that in recent days has been on social networks with some considerations on this issue,” he said.

According to official sources, there are currently more than 600,000 self-employed workers in Cuba.