During the last 24 hours, five more lifeless bodies were found under the rubble of the building, which was severely damaged by an explosion presumably caused by a leak in the transfer of liquefied gas from a tanker truck to a storage tank in the hotel. 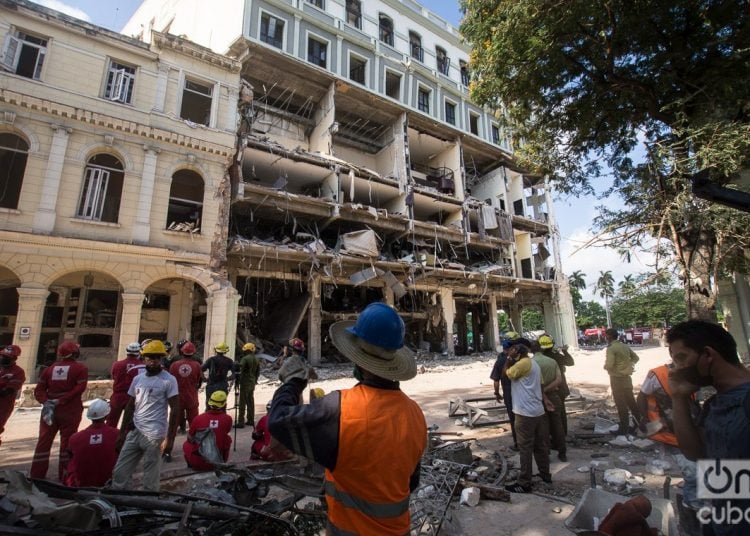 Rescue forces searching for survivors of the explosion that occurred at the Saratoga Hotel in Havana, found five more lifeless bodies in the last hours, bringing the total number of fatalities to 35 on Monday, according to official figures. Among them is a 30-year-old man, one of the cooks who was working at the hotel, according to what was known on social networks.

According to the most recent update by the Cuban Ministry of Public Health (Minsap), with data collected up to 11:30 a.m. on May 9, one of the deceased was still in the process of identification. A total of 89 people were injured in the accident. 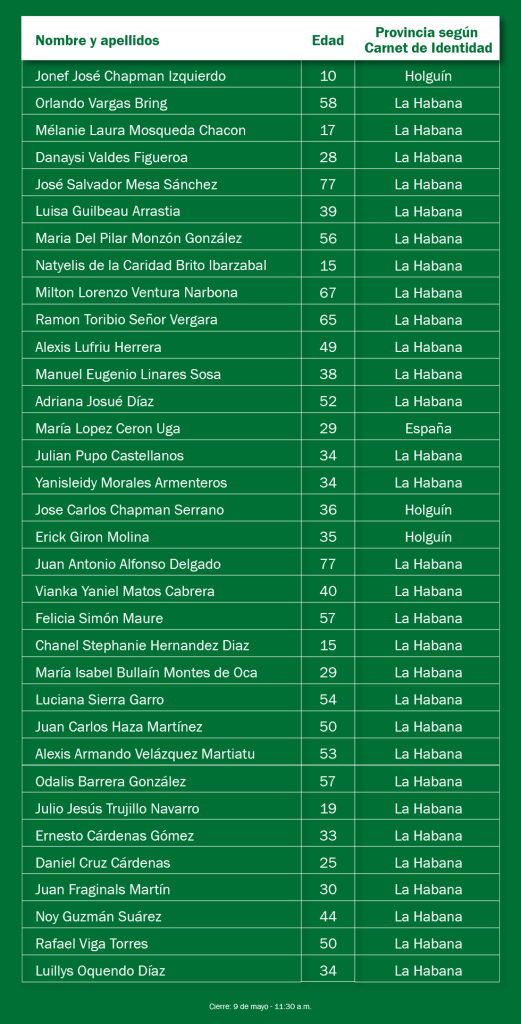 The list of injured due to the incident is now 85 people, of which 20 remained hospitalized this Monday, 15 adults and five minors. The discharged patients include 10 minors who were treated at the Juan Manuel Márquez Children’s Hospital.  In total, six hospitals in the capital city are treating these patients.

These figures, however, could vary, since the rescue teams continue to work at the disaster site, and their actions already include the basement areas, which they had not been able to reach until this Sunday.

The human bodies recovered under the rubble left by the accident, presumably related to a leak in the transfer of liquefied gas to a tank at the hotel, belong to workers at the facility, according to statements made early Monday morning by Javier Martínez Díaz, a member of the Cuban Communist Party (PCC) Bureau in Havana, and published on the official website Cubadebate.

According to the media, work continues so that firefighters and rescuers have wider access to the areas of the basement where it is presumed that there are people trapped, whose number could be between 12 or 13, according to the information provided by relatives of those who are still reported missing.

The source adds that the authorities continue to evaluate the conditions of the infrastructure to be able to access the pool. Luis Guzmán, head of the Cuban Fire Brigade, affirmed to national television that they will work uninterruptedly to find as quickly as possible the people trapped in the rubbles of the building destroyed in the unfortunate event.

In his statements, Guzmán also explained that the search and rescue work is being carried out with extreme care due to the concentration of rubble and the danger of collapse of the structure.

A brief glimmer of hope

Reports from the scene this Sunday pointed to the possible finding of a person alive, as well as two live dogs rescued from the rubble, in the midst of work against the clock that will continue until those who are still missing are found, according to city authorities.

However, another official report, confirmed on the television news that night, affirmed that no survivors have been found in the Saratoga this Sunday.

A technical commission is working to specify more information, according to official media reports.

Damages beyond the facility

In addition to the Saratoga hotel, 17 other buildings were damaged by the blast wave from the explosion. Regarding such losses suffered by buildings of heritage value adjoining the hotel, the most affected were the Martí Theater and the Baptist Church, which could be rehabilitated by the month of September, according to preliminary calculations by specialists from the Office of the City of Havana Historian.

Meanwhile, the Yoruba Religious Cultural Center and the National Capitol building suffered minor damage and could be rehabilitated next month, said Perla Rosales, deputy director of that entity.

In the case of the Concepción Arenal primary school, it was confirmed that work is already underway to restore and refurbish the building for its possible reopening at the end of May. Until then, the students will receive classes in other educational centers.

The Saratoga was built in 1880 and had been operating as a hotel since 1911. Its last restoration took place in 2005, when the building was thoroughly refurbished, acquired the category of five stars and was ranked among the most luxurious in the Cuban capital.