There was a slight decrease in infections this day. After 21,187 tests were processed in the molecular biology laboratories of the Cuban health system, 1,026 of them were positive for the virus. 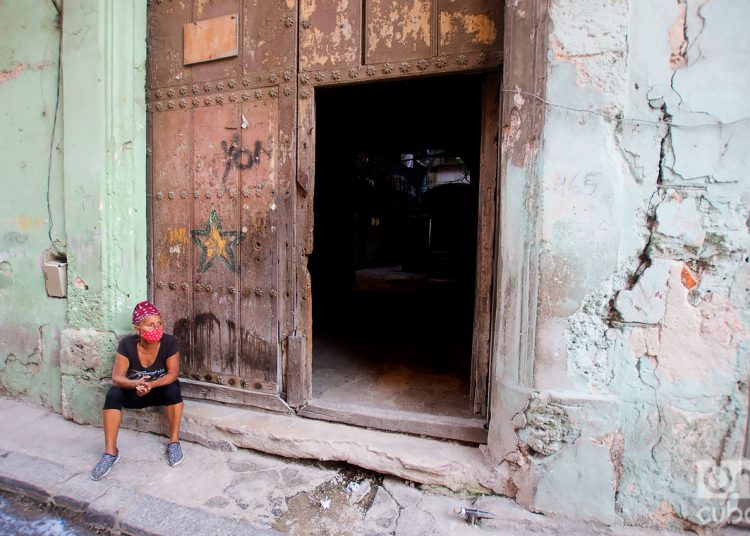 The SARS-CoV-2 virus has not been able to be contained in Cuba during the third outbreak the island is going through and that so far this month has caused 84 deaths, twelve reported by the Ministry of Public Health (MINSAP) this Friday. The data is another record in terms of victims during the thirteen months of confrontation with the pandemic.

The infections slightly decreased this day. After 21,187 tests were processed in the molecular biology laboratories of the Cuban health system, 1,026 of them were positive for the virus.

Most owe the COVID-19 disease to autochthonous transmission (1,004), 982 were contacts of confirmed cases, and in 22 individuals the origin of the disease is from abroad.

Most were Cuban travelers from Russia and Spain. Also a Spaniard and a Congolese tested positive. In addition, from Regla, 27 Indians were diagnosed and owe the coronavirus to autochthonous transmission. The data joins the 45 citizens of the same country diagnosed the previous day.

The territories with the highest figures reported this day: Havana (574 cases, only one imported), Matanzas (150), Santiago de Cuba (84) and Granma (45). On the contrary, Camagüey reported four cases and the Isla de la Juventud special municipality did not report any.

Old Havana, Regla and Cabaiguán are the three municipalities with the highest transmission and are part of the 12 that concentrate 41.2% of transmission in the last 15 days, a period in which the highest incidence rates per 100,000 inhabitants correspond to Havana, Matanzas, Sancti Spíritus and Granma provinces.

As of midnight, 25,592 people were hospitalized because of COVID-19, 3,934 were classified as suspicious and there were 4,845 active cases. Patients in intensive care decreased to 64: 29 in critical condition and 35 in serious condition.

Of those diagnosed with coronavirus, 48% were asymptomatic in a day in which there were 919 discharges.

April has registered 16,198 infections in two weeks and averages 1,012 cases per day.