Rosalía Abreu came to take care of more than 200 primates of 40 species and other animals brought from different parts of the world, such as parrots, peacocks, a tiger and a brown bear. 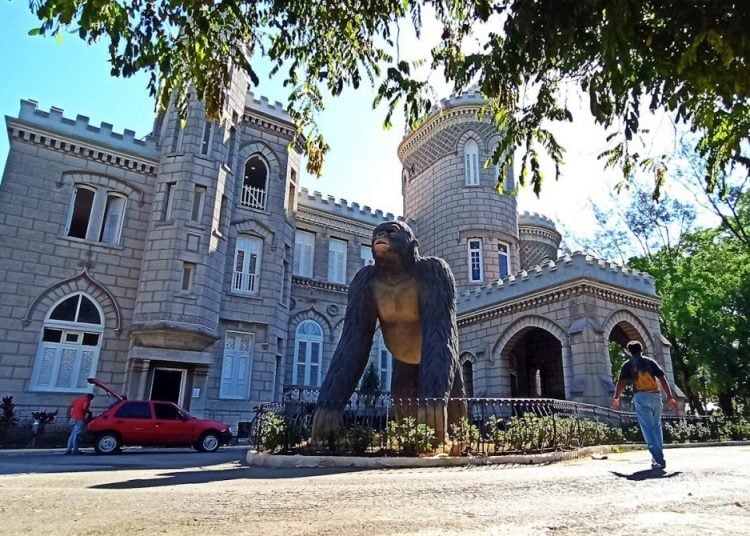 Cuba housed the largest captive monkey reserve in the world during the first half of the 20th century thanks to philanthropist Rosalía Abreu (1862-1930), whose collection of primates led to the most important anthropological study carried out until then and cost her the discredit of being called “eccentric.”

Abreu, a Cuban Jane Goodall whose story is little known outside the island, came to have under her care more than 200 primates of 40 species and other animals brought from different parts of the world such as parrots, peacocks, a tiger and a brown bear, the expert Tania Barquín explained to EFE.

The wealthy member of the bourgeoisie built her private zoo, the first of which there is a record in Cuba, in her Las Delicias “chateau” consisting of about 4.3 hectares located in the current Havana municipality of El Cerro, said Barquín during the tour of the place.

The eclectic castle, inherited from her parents, was redesigned by French architect Charles B. Brun in 1906, five years after it was destroyed by a fire. For the renovation, reinforced concrete was used for the first time in Cuba, a construction technique in fashion in the neighboring United States.

The love for animals of Rosalía, sister of independence fighter Marta Abreu, prompted the study of the behavior of monkeys for several years.

She treated those who showed signs of intelligence as humans: they lived inside the house, wore clothes and were part of the servants, as described by Cuban writer Ramón Fernández-Larrea on his online station Memorias de La Habana.

In the chapter dedicated to Rosalía Abreu, consulted by EFE, he narrates that people began to call Las Delicias “Finca de los monos” (Monkey Estate) in a mocking tone because of the number of primates there were.

The researcher herself formed three generations of apes and many of her monkeys understood her when she spoke or responded to expressions of affection, according to Memorias de La Habana.

However, what was most notable was to achieve in 1915 the birth of the first captive chimpanzee in the world: Anomá.

Experts from Cuba and the world came to know first-hand the “eccentricity” of the Cuban woman, among them American Robert Yerkes, a pioneer in the study of the social behavior of primates.

It was Yerkes, from the prestigious Yale University, who in 1924 affirmed that Rosalía Abreu had carried out the “largest anthropological experiment ever carried out.”

Impressed by these advances, the American professor published the book Almost Human dedicated to Rosalía Abreu in 1925, and created the Yale University Primate Biology Laboratory, as well as the Center for Anthropoid Breeding and Experimentation in Florida, United States.

Ahead of her time

Rosalía Abreu was born on January 15, 1862 in what is today Villa Clara province, located in the center of Cuba. She studied in the U.S. as was the custom for almost all Cubans from wealthy families at that time, she married a Cuban doctor in France and returned to her country in 1899.

Upon her return, she settled in Las Delicias, where she worked on her research and developed her enormous collection of animals.

She supported with her family the fight for independence from Spain during the Ten Years’ War (1868-1878), and she donated large sums of money to the construction of hospitals, convents and orphanages, among other social works.

She was also one of the first women to fly on a plane in Cuba, Fernández-Larrea highlighted.

When she died in 1930, 12 years after the end of the Spanish flu pandemic, her collection passed, according to her will, to the Carnegie Institute, a non-profit organization created in 1902 in the United States.

La Finca de los Monos currently preserves its original construction although with some modern features that threaten its history.

Today it is a “technological palace” that is part of the project of the Cuban state computer and audiovisual media company Cinesoft and was renovated two years ago for the 500th anniversary of Havana, the guide of the place explained to EFE.

Although it is closed to the public due to the COVID-19 pandemic, its 101 workers carry out maintenance work on the spacious place that includes gardens, rooms for electronic games, restaurants, and other facilities.