Our young people migrate within Cuba and abroad, they look for work alternatives that favor more earnings and less education, and they have fewer and fewer children. 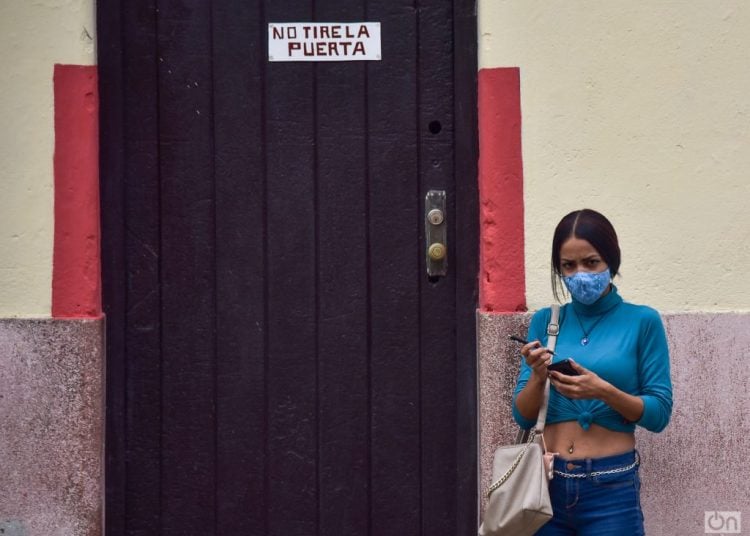 On February 2, President Miguel Díaz-Canel Bermúdez met with experts from the Academy of Sciences to discuss what he described as “the generational challenge within our revolutionary project.” The concerns that he raised with the meeting participants that day could be summed up in one question: what can be done so that Cuba does not continue to lose its youth?

It is universally recognized that young people fulfill three vital functions in every society: they ensure biological reproduction; the reproduction of knowledge and spiritual values; and they produce material goods. And in today’s Cuba, these functions are compromised.

In the midst of the profound crisis that the island is facing, once again, various factors come into play. The tightening of the U.S. blockade since the Trump era and the virtual collapse of the Venezuelan economy ended up being the backdrop for the economic measures of the Reorganization and its most sensitive sequel in the eyes (and pockets) of ordinary Cubans: inflation. Two years after the start of the pandemic, with dollarization reaching even the most remote spaces, inequalities and discouragement have spread through the Cuban social fabric.

In this scenario, the balance for the new generations is not favorable.

In concrete terms, this population sector on the island is made up of all those between 14 and 30 years of age. As explained by Dr. María Isabel Domínguez, from the Center for Psychological and Sociological Research of the University of Havana, this age range includes what is known as “early youth” (14-17 years), the “middle” (18-24 years) and the “mature” or “late” (25-30 years).

The common factor to all of them is the fact that they are people who were born after the 1990s. They are Cubans who did not experience the prosperity or the opportunities of the previous decades. Their contextual references are the consecutive stages of crisis in recent decades and the increasingly widespread influence of “Western paradigms,” whose impact on youth has definitely increased with access to the Internet.

In their book Adolescentes y jóvenes cubanos en los ámbitos de familia y pareja. Sistematización de una experiencia (2015-2019) (Cuban adolescents and young people in the family and couple spheres. Systematization of an experience) researchers from the Center for Youth Studies, Ana Isabel Peñate Leiva, Raida Semanat Trutie and Odette del Risco Sánchez, describe some of the dynamics that affect the lives of these age groups as a result of the current Cuban context. Among others, the authors highlight the postponement of marriage and the conception of children, the coexistence of several generations imposed by the lack of housing, and the increase in statistics on divorce and migration of the youngest; all are among the determining realities for the generations that should assume the future of the country.

Some of these problems are also listed in the study “El desafío generacional para el desarrollo del proyecto social cubano” (The generational challenge for the development of the Cuban social project) which Dr. María Isabel Domínguez García recently presented to the government leadership. In her opinion, issues such as internal migration (in the first place, the one that connects the eastern provinces with the west of the country), and external migration (led by young people with high professional qualifications, the majority of whom are women), are a direct consequence of the “lack of spaces” for the construction of personal projects. The difficulties begin with the possibility of accessing a home, although they do not end there, as she pointed out.

The generational challenge in Cuba would demand the incorporation of young people into productive jobs, but also attention to the conditions of vulnerability that many of them suffer, linked above all to inequalities based on gender, skin color and territories.

“Nothing new under the sun”

Although the aforementioned researches focus their analyzes on the most current stage, the problems that affect young Cubans are not new.

In the opinion of Alina Herrera Fuentes, a lawyer and researcher, and Mylai Burgos Matamoros, an academic at the Autonomous University of Mexico City, since the 1990s, as a result of the disintegration of the USSR and the economic reform initiated in search of foreign currency, “the exercise of prostitution, the black market, emigration…, young people’s dropout from the school system and…the increase in social inequalities, with an unfavorable impact regarding gender, race, territory,” proliferated

The social programs promoted by Fidel Castro at the beginning of the century within the framework of the Battle of Ideas had the objective of “correcting” these distortions.

They were not enough, however. Among other reasons, due to lack of time. The arrival to the presidency of Raúl Castro, less than a decade later, saw the cancellation of many of those programs, and the implementation of a reform that widened the margins for the private economy while reducing social assistance and cutting back on state jobs; in 2013, a new immigration legislation would come into force that eliminated all the internal limitations that had existed until then to travel abroad.

The “updating of the economic model” promoted by Raúl Castro achieved partial success, among other things at the cost of deepening social inequalities. The official discourse would call the phenomenon: “elimination of undue gratuities,” although its scope exceeded the loss of some subsidies.

There are no public data on the results of the programs included in the “Battle of Ideas” that had young people as their center. It is unknown how many came out of their situation of vulnerability; how many were able to study or reverted their status as unemployed thanks to these policies.

However, more than a decade after the interruption of those projects, with the worsening of inequalities, the Cuban government acknowledges that attention to young people is an urgent issue. To this end, it has created a working group made up of leaders, researchers and experts, who will be in charge of drafting a “comprehensive policy for the treatment of young people and children.”

Its mandate is to present proposals that contribute to the super objective that young people find their life project in the country, offering them possibilities for the development of their capacities and participation.

In pursuit of this, unprecedented decisions are being made, such as the indication given to the Ministry of Higher Education to make modifications in the process of admission to universities that give facilities to young people from families with vulnerabilities and disadvantages. And it is indicated that within the Housing Policy certain considerations are contemplated towards this population sector, such as rental facilities and microcredits that can be granted to them at different moments of their lives.

However, as the Cuban researcher and historian Jesús Arboleya has explained, “resisting eternally does not satisfy the life expectations of ordinary people, especially young people. Such a level of dissatisfaction explains both the volume of existing immigration and the expressions of discontent observed in various scenarios. The cause is economic, but its consequences are political and must be treated as such.”

The reality is that in the protests of July 11, 2021, what predominated were the young population and citizens of the most precarious areas. According to official information, of the 710 defendants brought before the courts for trial for acts of vandalism and serious disorderly conduct, only 115 citizens were counted within the age range between 16 and 20 years. For economist Julio Carranza, Director of UNESCO in Central America, the presence of young people in the social outbreak was the consequence of an economy that “does not provide sufficient response to the needs of employment, consumption, inclusion,” and a political system without “enough space for representation and real participation.”

The government’s willingness to promulgate a Policy for Youth seems to stem from the understanding that the generational challenge in Cuba is “a strategic, complex problem,” in the words of the president himself. And that its fundamental trends can hardly be reversed in the short and medium term. The differences in development between regions; the Cuban migratory balance, which has been negative since 1969 according to figures from the National Office of Statistics and Information; the low levels of schooling as a result of the inverted pyramid in the economy…are issues that concern many, but whose solution is not in sight.

The Policy that is being prepared today is based on the criteria of experts who have proposed actions to guarantee the four basic pillars of the social integration of youth: education, employment, family emancipation and participation.

But, in the case of Cuba, the assimilation of youth is, above all, a problem that is based on an economy incapable of guaranteeing social mobility (the reward for personal effort with significant progress in the standard of living), within a country that has the lowest population growth rate on the continent and one of the lowest internationally.

In essence, our young people migrate within Cuba and abroad, looking for work alternatives that favor more earnings and less education, and have fewer and fewer children. It is not surprising that this is the case after so many years of economic hardship.