Series of interviews with economists about the new package of measures announced on July 21 by the Cuban government: Dr. ESc. Omar Everleny. 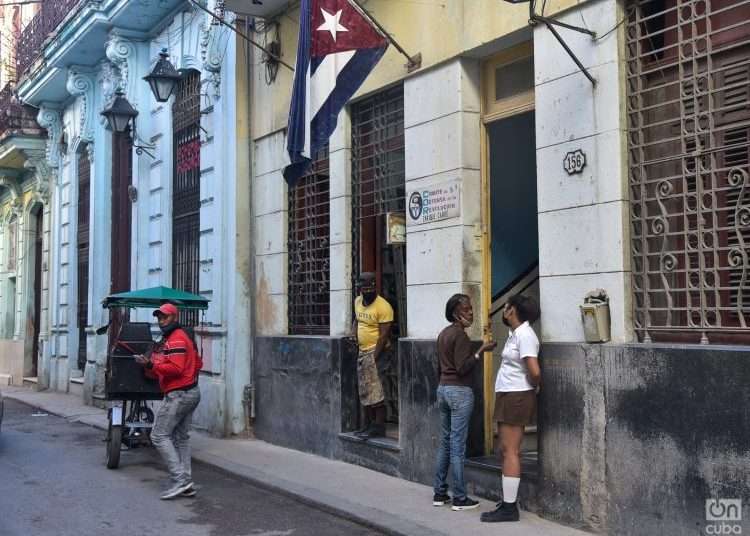 We will offer the readers of OnCuba the opinion of economists who have agreed to answer some questions related to the subject, in this third part we are publishing the answers of Omar Everleny, Doctor in Economics from the University of Havana.

Of those announced this week, one of the measures that directly affects the population is the opening of a foreign exchange market. What impact could it have on the informal exchange rate?

Obviously, the announcement has a psychological effect on the population, since it is very imprecise. But informal market rates can be lowered in the short term, given the uncertainties that are created. In the current conditions of the economy, it is very likely that sometime later those exchange rates will return to the same starting point, and even reach a higher one.

The government has not yet explained whether what would be sold would be physical currency or a bank statement in freely convertible currency, that is, a payment capacity. If the economy does not improve and it is still necessary to make private imports or if emigration continues, although at a lower rate than in previous months, that importing segment or those emigrants would demand physical currency to achieve their objectives. Consequently, there would be an informal exchange rate for them in society and it would continue to be attractive for those who have these currencies.

In reference to the debt, is it possible to grow and revitalize the economy without solving this problem?

The Cuban economy’s default situation or the postponement of non-payment is a primary issue to be resolved: it has been one of the causes that has prevented obtaining new credits for economic performance, although the blockade is present in the decision of international creditors when it’s about Cuba.

There are hundreds of commercial suppliers that have been greatly affected when it comes to collecting debts with Cuban enterprises, even with maturities of those payments committed to be disbursed. Therefore, they have limited their sales to the country, which has affected the entry of raw materials to many Cuban industries that have had to stop their production.

Cuba was a country that greatly benefited from the forgiveness of debts from large creditors such as the Paris Club, Russia, Japan and China, among others. Almost 90% of its debt was written off and, however, the remainder of these debts has not yet been paid due to the deep economic crisis in which the country has been plunged.

But to really boost the Cuban economy, a viable solution must be found for this issue of foreign debt.

The announced measures mean granting a greater role to the non-state sector. What else could the government do in this regard, where did it still fall short?

There are measures that can be stimulating for the national private sector if the letter of what is approved is fulfilled as such. For example, recent private enterprises can buy the necessary inputs in areas supplied on consignment, that is, that there are products located in the country by external suppliers and that they can acquire them in an expeditious manner.

Necessary measures are still missing but at least the idea or the way to the future has already been fixed. All these measures will be effective if the production of goods for the population begins, if prices drop because there has been an increase in supply. In short, the platform of the national consumer is the one that will validate the success or not of these measures.

But there are still many ideological reservations and phrases without proof, among them that it is not convenient to authorize commercial imports to private actors. The question then would be the following: Inconvenient for whom? Why is it inconvenient? The private sector is going to import products to be sold in the national market, it would not cost the State any foreign currency. On the contrary, the State could also compete with the private sector. This has been demonstrated with magnificent results in former socialist economies, and I’m not referring to European ones, but to Asian ones.

Foreign investment reappears within the instruments to reanimate the economy. What could be the concrete actions in this regard for the state and non-state sector?

If handled without bureaucracy and without being impregnated with the obstacles that foreign investment has gone through with the state sector in previous periods, this measure could mean a great leap in the production of goods and services.

There are basic elements that have not been proposed to be modified and that hinder the arrival of foreign capital to the country. Entrepreneurs based in Cuba have always asked for the employer agency to disappear and for the free hiring of people to take place, but complying with the country’s labor code.

The portfolio of opportunities is a list of the needs of Cuban institutions, but foreign capital would not necessarily be interested in investing in them. They can come with their own proposals. You have to attract it, but for that you have to be attractive. Certain attributes are not enough. Capital moves in dynamic economies that have economic stability, in which the free flow of its profits is allowed, etc.

Will the modifications to the import of packages have a relevant impact on the supply of goods?

The measure of relaxation of imports by individuals on a non-commercial basis is very positive and will obviously have an immediate benefit in increasing the supply of useful and necessary goods for the population. But care should be taken not to incur (as in the recent past) in the delay of postal shipments and unaccompanied baggage. They got to take more than a year. Today, it is proposed that the average delivery term not exceed 30 business days.

Do you consider it to be a pertinent package of measures? What would be your recommendations?

Obviously, these measures open a path, but they are not enough. Based on a careful reading, most are wishes, exhortations that must have been part of the previous strategies. Just to give an example: it says “Identify all the possibilities to increase foreign exchange earnings and implement the corresponding actions.” I always thought that this was clear based on the lack of foreign currency that the country had a long time ago, not that it was a new measure.

Another measure that I thought was in the directives of the Ministry of Finance is the following: “Implement a program for the gradual reduction of the budget deficit and achieve the internal balance of the country.” It is surprising that it is a new measure. So what was done in that institution if it was not, precisely, working on those directives?

In general, it should be remembered that Cuba is the country of measures, plans, and goals. But the results are almost never in line with the aspirations of the population. And the waiting time is over. The population that still does not see the light at the end of the tunnel is looking for other alternatives, very painful for the nation, such as the exit of more than 155,000 Cubans, a large majority of young people who have left in the last nine months of the fiscal year 2022. And this only along the southern border of the United States.

In the hands and minds of today’s decision-makers are the destinies of this nation that has resisted throughout the entire revolutionary period. But today there is clear exhaustion. The proposed measures must be accompanied by new, more powerful ones that give results in the shortest possible time.

As I have already said, the 75 measures or guidelines open a path, but they are not enough. There are still ideological notions that hold back other decision-making. And let it be understood: I’m not referring to a change of social project, but to one that manages to effectively meet the growing needs for goods and services of its inhabitants.