The traveler arrived on a flight from Colombia and thanks to the use of X-ray techniques, the capsules with cocaine were detected, according to Customs, whose representatives emphasize that the results of AIRCOP, a global program of the United Nations Office on Drugs and Crime, continue to be appreciated. 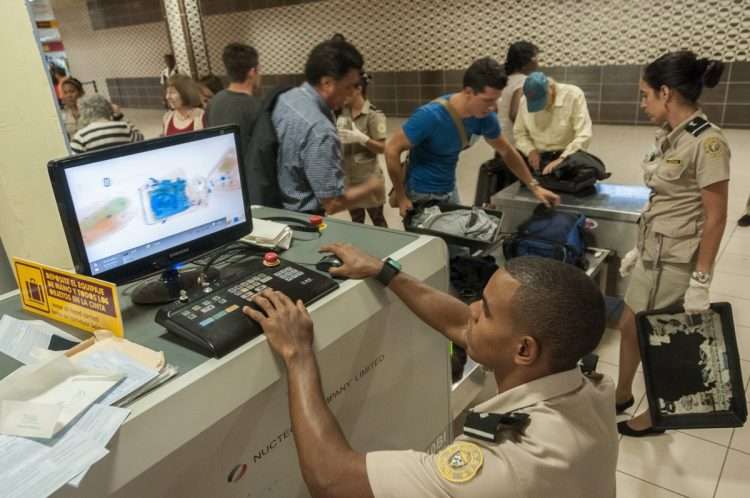 A traveler from Colombia was detained by members of the  General Customs of the Republic of Cuba (AGR) at José Martí International Airport, in Havana, when he was detected with suspicious capsules in his stomach, the agency reported this Monday on its social networks.

“Through the study using the RX Technique of passengers at the capital’s airport, a suspect was detected carrying 22 ingested capsules with cocaine,” can be read in a post on the Facebook profile of the Cuban institution.

In the same publication, Customs highlighted that the positive results of the actions of the AIRCOP office opened this year in the Cuban capital continue to be appreciated.

AIRCOP is a global program of the United Nations Office on Drugs and Crime (UNODC) that started being implemented at the beginning of last May in the main Havana airport. From its office in Cuba, operational communication can be established in real time between international airports to counteract organized crime, illicit drug trafficking and prevent terrorism.

According to the AGR, the joint task force located in the Cuban capital has a high technical and technological capacity, and highly qualified personnel “who interact fluidly to meet the objectives and obtain better results in the frontal fight against organized transnational crime.”

Shortly after its creation, this group made two seizures of cocaine, one from the Colombian city of Medellin and the other from Suriname.

Previously, this joint task group received an induction training that included the participation of 30 agents from 5 different agencies such as the Department of Identification and Immigration; Specialized Anti-Drug Confrontation Body; INTERPOL; Specialized Organ for Counterterrorism and the AGR.

The main objective of AIRCOP is to strengthen investigation, detection and interception capabilities at participating international airports, in addition to the establishment and training of Joint Airport Interdiction Task Forces (GTCIA), made up of national law enforcement agencies on border control.

According to statistics released by the AGR, in the first six months of the current year, 11 drug trafficking operations were detected and aborted at Cuban airports using passengers as mules/couriers for their transfer, mainly liquid and powder cocaine. That figure equals the number of cases recorded throughout all of 2021.

Cuban customs authorities recognize that there is currently a greater complexity to carry out detection tasks due to the way this drug is masked based on its ingestion.