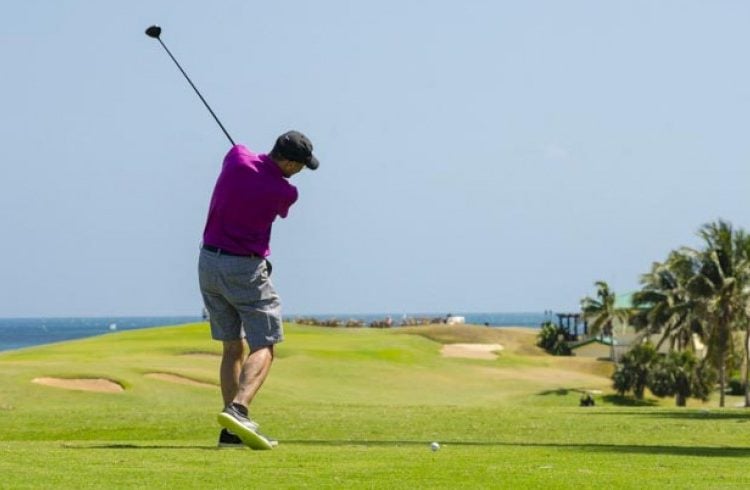 In Cuba, golf is not precisely popular. Barely some Cubans can profess they know its rules, the characteristics of its courses and the use of its implements. Even so, the island is strongly betting on this sport…for tourism.

Up until now, Cuba’s principal golf course is located in Varadero. It has 18 holes but its extension does not reach the standard established by the United States Golf Association (USGA), which would allow it to carry out major tournaments. However, this situation could change.

The state-run enterprise Cubagolf S.A. plans to build several international-level installations in different provinces. This responds to the growing interest of Canadian, European and Asian visitors to practice this sport in Cuba, plus the growing number of U.S. visitors.

One of the news of the FITCuba 2017 International Tourism Fair, held in Holguín in early May, was the creation of the Punta Colorada S.A. joint venture with the Spanish group La Playa Golf & Resorts S.L. This enterprise will be in charge of building a luxury hotel complex linked to golf in Pinar del Río province, which should be one of the largest in Latin America.

Punta Colorada should build seven golf courses in 25 years and cover the Pinar del Río municipalities of Sandino, Guane and Mantua, in the Guanahacabibes Peninsula, on the island’s westernmost tip. Two 18-hole golf courses, some 1,500 rooms, a marina and a convention center, among other installations, will be built in a first stage.

During FITCuba 2017 the enterprise Cubagolf S.A. also signed letters of intent with companies from China and Germany. The first of these, signed with the Chinese enterprise Yantai Golden Mountain, is planning the development of a real estate project associated to golf courses in the area of Loma Linda, in Guardalavaca beach. The second should result in a joint venture with the German company CON-IMPEX Touristik to build a similar complex in Punta Gorda, Cienfuegos.

Both collaborations should take place in the next months. The director of Cubagolf S.A., Raudel García, told the press that based on the signing of the letters a process of negotiation would ensue which should conclude late this year or in early 2018.

Today two joint projects of this type are already being executed. One of them by the Carbonera S.A. joint venture, created in 2014 with capital from Cuba and the British company Esencia Hotels and Resorts, which has an investment of 350 million dollars.

This complex, located in the outskirts of Matanzas province, should include more than 1,000 real estate units, a more than 100-room hotel and an 18-hole golf complex.

The second project is being built in the heights of Bello Monte, 30 kilometers to the east of Havana. In this place, Cubagolf S.A. and the Chinese enterprise Beijing Enterprises Holdings Limited are building a luxury hotel, apartments and high-standard houses on 336 hectares of land.

Moreover, this year the Cuban Ministry of Tourism hopes to carry out another similar project in association with the Spanish Globalia chain. It will make it possible to build condominiums and golf courses in El Salado beach, located between Havana and the Mariel Special Development Zone.

According to the criteria of the island’s tourist authorities, the work will enhance the attractions of the Mariel Development Zone and will have a preferential market among the entrepreneurs who work there.

Golf is not just a professional sport, which returned to the Olympic Games in Rio 2016, but rather it is also a very wide-spread recreation modality in the world. It is estimated that some 60 million persons practice this sport which combines vacations and excursions with sports activity, and it is very connected with the multidestination trips.

Some tournaments are organized in Varadero beach resort, like the Cuba Golf, which has already celebrated eight editions. Sponsored by the Ministry of Tourism and firms like the Spanish  Freixenet and Habanos S.A., the event brought together in 2016 players from nine countries and had among its novelties the visit of famous Australian golfer Greg Norman and the triumph by a Cuban, Jesús Pérez, in one of its categories.