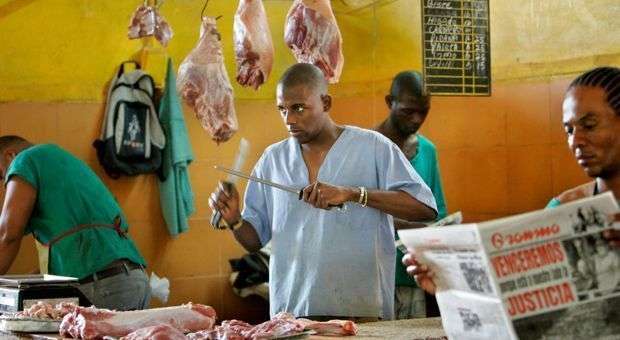 After months of legal package was passed on forming non-agricultural cooperatives in Cuba, the Council of Ministers is responsible for approving now a first group of 126 of these economic organizations that constitute the spearhead of what authorities called an “experiment”.

According to a Granma newspaper report, Marino Murillo Jorge, head of the Permanent Commission for the Implementation of the Guidelines reported that these first 126 cooperatives be formed from 111 farmers markets, another five will be dedicated to public transportion, six to ancillary services to transportation, two for the recycling of waste and raw material procurement, and 12 linked to the construction sector.

The press release does not provide details on the geographic location of these cooperatives, or the amount of labor that they will absorb.

These advances are somewhat below the expectations the government created  last December when it was reported that early experiences would cover about 230 of these associations in almost all municipalities.

Ruben Toledo Diaz, head of Group Management Model of the Commission for the Implementation of the Guidelines, then declared that the activities approved for this type of collective management “in its infancy” would be 47.

Although the press never addressed the complete list, it transcended they include transportation, construction and recovery of raw materials, food, fishing, personal and domestic services, materials production, and three of professional character: translation, informatics and accounting services.

To date, many of the changes in the Cuban economy, from what has been called “economic model update”, have started with small-scale tests to refine the instruments. While it seems a good tactic in order to play safe, the fact is that some longed decisions will continue being postponed.

“It seems that the idea is, from these pilot projects, to develop a draft of the General Law of Cooperatives,” in a recent Camila Piñeiro Harnecker, compiler of “Cooperatives and Socialism: A View from Cuba” (Editorial roads, Havana 2011) said.

Several sectors and analysts in the country and outside it, consider as vital the development of these forms of production, – the more social ones – to keep alive the spirit of partnership and collectivism the Cuban socialist model supports, also the economic field.

The year 2012 was declared by the UN as the Year of Cooperatives to “highlight the contribution of cooperatives to socio-economic development” and to “recognize their impact on poverty reduction, generation of employment and social integration.”

A cultural cooperative project will be announced

Beyonce. Right. What else?