The authorities must accelerate the pace of approvals, given that today existing investment figures are insufficient. 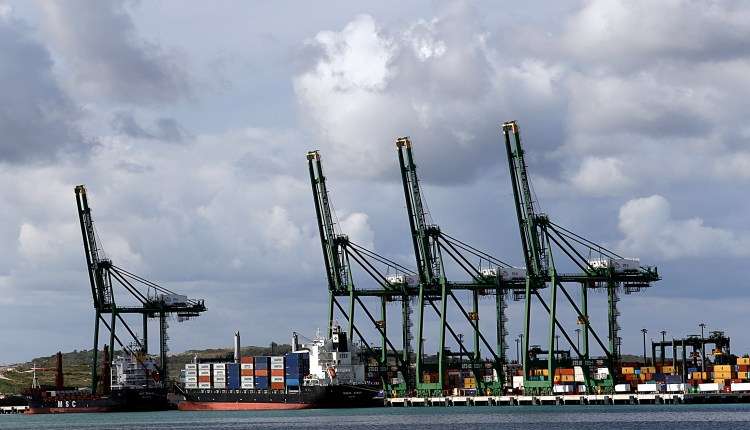 It is more than demonstrated what the contribution of foreign capital has meant for Cuba after the 1990s. First of all, in tourism, but also in mining, oil, beverages and food.

However, the foreign investment process has not been linear in terms of policy makers. It could be said that in an initial stage it was considered a necessary evil (“we had no other options”), that later it was considered a complement to national efforts and lately that it is vital for the development of the country.

I’m not going to refer to each of these stages in detail, but I would say that foreign capital has been more than vital for Cuba’s tourism development, either because of its contribution in the construction of hotel facilities or in management contracts. Having dozens of hotel management contracts with renowned Spanish firms — especially with Meliá Hotels and Iberostar, among others — has been able to guarantee high levels of occupancy of these facilities, not only in sun and beach hotels, but also in urban spaces.

I would not make any mistake when saying that without the Mexican company CITEL at the beginning and the Italian company STET later, ETECSA would be further behind: millions of dollars in initial investments with capital from those entities destined to buy digital telephone plants and transportation infrastructure, among other things. All this in the middle of the Special Period and with a very high lack of liquidity.

Although it may seem small, these foreign companies’ investment in gross fixed capital formation in relation to the country’s total formation in 2020 reached the figure of 5.4%; in other years their contribution was greater. Also in 2020, among the country’s main exports of goods and services, the contribution of foreign investment was 20% with respect to total exports of goods and services.

If it is related only to the export of Cuban goods, we would see that in 2017 they accounted for 62% of total exports. But in 2020 they became the totality of exports of goods, with 98.7%. This data corroborates that not only is foreign investment necessary, but also that exports of goods have only been possible due to the presence of those same capitals.

It is, at the same time, an indicator: it is necessary to break the inertia and the obstacles that still persist in the approval of foreign investment. And change the conception that businesses are more feasible the larger the enterprises. With the creation of Cuban MSMEs, there is a new possibility of establishing joint ventures between a foreign company and a non-state Cuban legal entity of the recently created ones.

Designed to serve as a pointer to the rest of the approved businesses in the country, in my opinion the Mariel Special Development Zone (ZDEM) has been stagnant. The expected productive results have not been obtained, due to multiple factors that I’m not going to delve into now. But, without a doubt, one has been the slowness in the construction process of the approved businesses, together with the lack of construction materials and qualified personnel.

According to the official site of the ZDEM, in 2021 there are 18 companies in the construction process. One is six years in the making; more than three companies, five. And the majority group takes, on average, about four years.

If you compare it with 2018, the great delay can be seen. That year, 26 companies were in the process of investing. This means that, on average, fewer than three businesses have been completed per year.

With 24 companies operating at the end of 2021, some providing services or logistics, the minority is in the production of goods: only 6. Given the economic situation of the country, this is what is most needed.

In short, although the figures show a positive increase in the number of businesses, the authorities must accelerate the pace of approvals, since today the existing investment figures are insufficient. The positive results have been seen for this type of companies’ exports.

There are provisions and structures that make the process more complex, including the employing agency, a bridge between the worker and the investor, added to other negative factors.

Loud and clear: we are facing an economy that must invest no less than 2.5 billion dollars annually from abroad and another important group of national resources. Cuba aspires to have between 25 and 30% of foreign investment in relation to the Gross Domestic Product (GDP), which would allow it to grow at rates of more than 5%.

It is necessary to overcome the years of decline in the national economy, and foreign capital plays a vital role in this. It has already been said and repeated that the island does not have the internal financial resources necessary to avoid the decapitalization of Cuban companies.

In October 2021, Prime Minister Manuel Marrero said: “It is necessary to be more proactive and bold,” since the required amount of capital needed to reactivate the economy has not been attracted. It is necessary to reflect on the causes that prevent the successful completion of investment projects in the country. “Are we going to wait for the blockade to be lifted?” he asked, then emphasizing: “We have to go ahead and develop on our own.” And that includes, he affirmed, foreign investment. These processes should not be delayed. It is necessary to stimulate and add rather than hinder.

The highest leadership levels are aware of the need to attract foreign investment. But in practice the influence of a bureaucracy still persists, holding it back: the number of new approvals testifies to this. There is a lack of alignment between all the entities that participate in the approval process, including the institutions that decide at levels higher than MINCEX.

Everything indicates that despite the Single Window,1 created by the Ministry of Foreign Trade to attend to the investment proposals that are received, the speed of approval must change. The curious thing, I repeat, is that the highest authorities are urging the removal of the obstacles. Then the question arises: who locks what needs to be unlocked?

1 The Single Window is a content management system that allows documenting and publishing online the different procedures for carrying out procedures related to foreign trade. Its objective is to facilitate the proceedings of Cuban and foreign businessmen who carry out sales operations.