“Our objective is to march against violence and the liberation of prisoners and we don’t want any more prisoners,” playwright Yunior García Aguilera told the EFE agency, after specifying that the next decisions will be made public “when I can communicate with the rest of the group.” 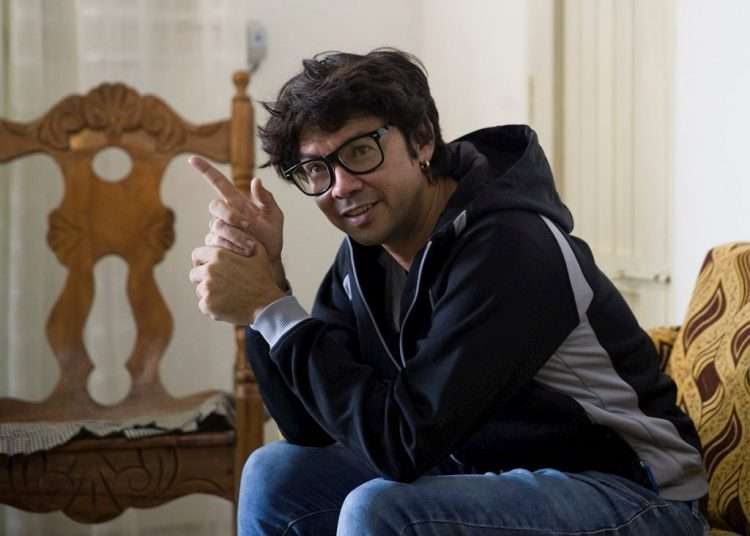 Cuban playwright Yunior García, leader of the opposition group Archipiélago, speaks during an interview with the EFE agency, on November 9, 2021 in Havana. Photo: Yander Zamora/EFE.

The main promoter of the outlawed opposition civic march on November 15 in Cuba, Yunior García Aguilera, announced this Tuesday that the organizers are studying how to minimize the risks of violence and eventual repression that day “without giving up” their right to demonstrate.

Interviewed by the EFE agency in Havana, the young playwright assured that the proposal to march on November 15 remains intact, but they are studying how and where because they do not want to “throw young people into a guaranteed repression.”

“Our objective is to march against violence and the liberation of prisoners and we don’t want more prisoners,” declared García Aguilera, after specifying that the next decisions will be made public “when I can communicate with the rest of the group.”

García Aguilera showed EFE that internet and landline services have been cut off at his house, in what he considers an attempt to silence his claims.

The representative of Archipiélago, the opposition platform that requested the march on November 15 and received the government refusal by describing it as “illegal,” expressed concern about the images on social networks of government-related response brigades, armed and supposedly ready to attack opposition protesters.

García Aguilera, one of those arrested on July 11 when the massive anti-government protests  broke out, stressed that he feels “responsible” for those young people willing to go out on the streets and their mothers, which is why they will march to defend their right “without putting people at risk.”

The government denied permission to the peaceful march on November 15, arguing that it was “a provocation” framed in the strategy of “regime change” for Cuba “tested in other countries.” Given the response of Archipiélago to continue with the call, the Prosecutor’s Office warned  it would prosecute the organizers.

The march has been called in a difficult scenario in Cuba, which is going through a severe economic crisis reflected in long lines to buy food and basic products, as well as a gradual inflation with the consequent increase in prices and power outages.

The Cuban government mainly attributes these problems to the U.S. financial and trade embargo, tightened during the past Donald Trump administration and maintained by that of Joe Biden.

The authorities link the promoters of the peaceful opposition march with “counterrevolutionary leaders” of institutions and congressmen from the neighboring country who seek a “regime change” and a “military intervention” of the island.

In Cuba, the rights to strike and demonstration are rarely contemplated outside state institutions and a march by government opponents has never been authorized.