State Department spokesman Ned Price responded to journalists that Washington would apply new sanctions to the government of the Caribbean island if “repression against human rights” continues. 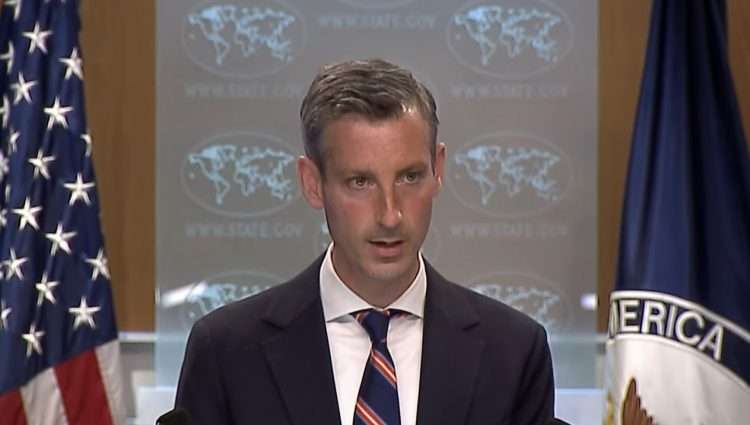 The United States government, through the spokesman for the State Department, Ned Price, once again warned that Cuba could receive new sanctions “should the repression and human rights abuses not cease.”

In a press briefing this Monday and questioned about it, Price added that “the world is expecting protests in the coming days,” referring to the march announced for the 15th of this month and to which the Cuban government has denied permission for defining it as “illicit.”

“The Cuban people have made clear that they will once again peacefully march in the streets to make clear their aspirations for democracy, human rights, civil liberties,” said the official.

Havana has not only denied that request, unprecedented in more than 60 years, but also warned the conveners that they will be charged with crimes and will be prosecuted if they continue with said decision. Given that reality, Price remarked to journalists that Washington would be preparing new sanctions.

“We have sought, in doing so, to impose tangible and significant consequences in connection with the abuses (in the protests last July in Cuba). And we are prepared to continue doing so should the repression, should the human rights abuses, should the abuses of the Cuban regime not cease,” he said.

The White House has indicated that U.S. President Joe Biden wants to find a “third way” in relation to Cuba, between the opening of the Barack Obama administration (2009-2017) and the hard line imposed by Donald Trump (2017- 2021), especially after seeing the Cuban response to the July 11 anti-government protests. “They have weighed heavily on our approach,” he warned.

That day, thousands of Cubans spontaneously took to the streets to demand freedom in protests that left hundreds of detainees and prison sentences. The United States has already sanctioned senior Cuban military officials for their alleged role in this repression.

“We have centered our efforts in Cuba on this question of the rights of the Cuban people, and steps that we can take to advance the cause of democracy on the island,” said Price.