milena
in Foreign investment in Cuba
1 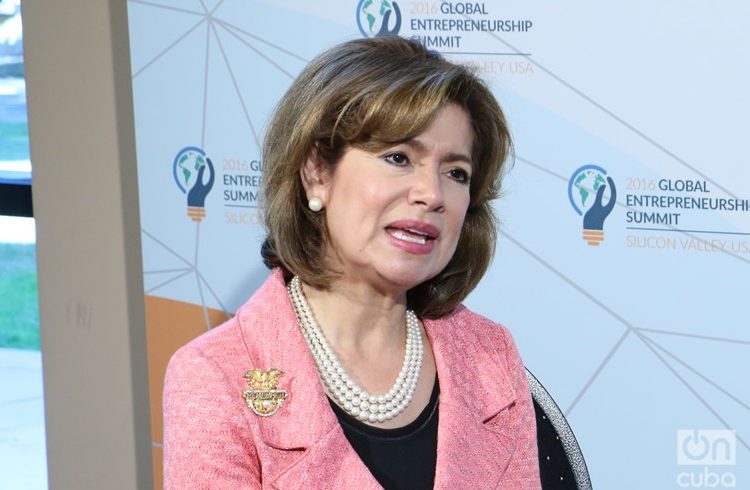 I had ten minutes, no more. Her assistant stayed close by to act as a reminder that the head of the US Small Business Administration did not have more time available. But in return I was rewarded with a conversation in Spanish with hints of Mexican. Maria Contreras-Sweet had recently returned from Cuba and was now in Stanford University, Palo Alto, bringing me news of what she had done in the island, which the press barely reported.

She was satisfied with the fact that eleven Cubans, from the more than 700 entrepreneurs from all over the world present, had attended the 7th Global Entrepreneurship Summit.

The day after our interview, her boss, President Obama, devoted a special greeting to the Cubans during his closing speech for the summit. “Hello, nice to meet you” he told them in Spanish, while his gaze sought them out in the theatre boxes. “They are ready to help create new opportunities for the Cuban people,” he told those present.

A week ago Contreras-Sweet had met with senior Cuban officials from the ministries of Foreign Trade and Foreign Investment, Domestic Trade and Labour and Social Security. It was her second time in Cuba, after having part of the staff who had travelled to the island with Obama in March.

‘What I got from my first visit was that President Obama and I met. I think that that’s the first thing. Especially as Latin people, we like to get to know people, to deal with them, to grow fond of them. Then we feel like we can feel something more important later. This time I wanted to go to extend the hand of friendship for that reason. Because we have so much in common … Our people admire the Cubans. We see that they are very intelligent, that they look to the future rather than the past. ”

Regarding her stay in Cuba said she was impressed by the progress in infrastructure Mariel port that she visited.

‘I can see the progress. That is essential because we are already moving forwards in economic matters and we are going to need infrastructure as well as cultural elements. I really enjoyed visiting Mariel and seeing all the technology that they have there. To see that they are anticipating the future.’

This time, her visit was not focussed on achieving concrete agreements. ‘I went to talk with various ministers – she explained – to get to know what the employment system and the tax systems are like and to learn about it a little. And I learned the great value they give to the person. It is a system focussed on equality. What I saw is that in Cuba want to learn from what we have but that they do not want to be the same as the United States. And I think that’s right. Other countries also do not want to be like the United States, and nor do I hope that that is what will happen in Cuba. But if they see what is the best that we have in the United States and combine it with the best they have in Cuba and thus we can prepare for the future so that the relationships are stronger. That’s what we have to understand. What is the system, and what the challenges, obstacles and opportunities also are ‘.

As Obama last March, Contreras-Sweet repeated the formula of meeting with entrepreneurs. She wanted to hear. ‘I invited several self-employed individuals and they told us what their steps to get started were. Because especially for the first, there is no way to say “I like this, I’ll follow that model.” They are the first ones who are doing it. Everything is now an exploration. They do not know how things will turn out. I loved that meeting. And now I can see no small number of them, after we met there… Niuris Higueras, for example, invited us to her restaurant, Le Channsonier. I liked seeing what she enjoys in that beautiful place, with its art and delicious food. And now seeing that they are coming together here in 2016 GES, meeting people from all over the world and are getting to know them. We will see what ideas emerge.

‘ I was also able to walk about Old Havana and I loved it. I was able to visit some sellers, see their beautiful clothing…the guayaberas. I was able to learn how they did it. I got to know the historian Eusebio Leal who is supporting so many people and giving them a way in which they can carry on and move forward. All of that really impressed us and we learned so much. I have a lot of hope because I really saw that things are progressing. For some it is really slow, but for others it is very quick. Now we know how we can help.’ 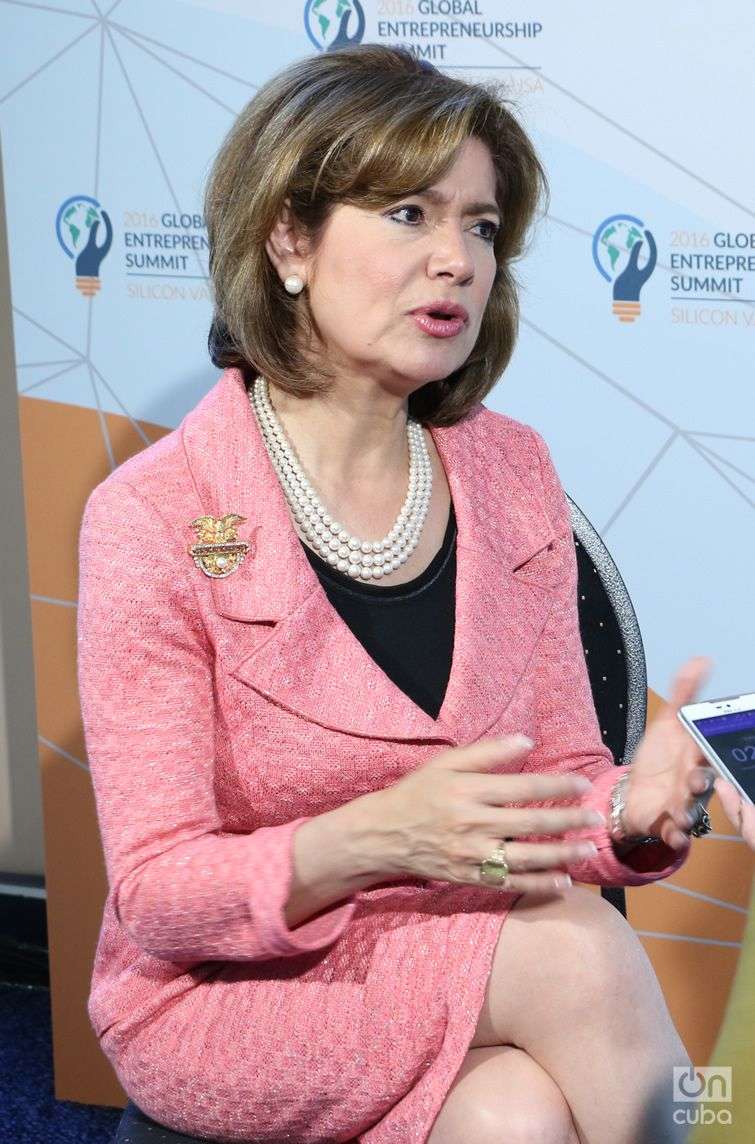 In what specific areas can the US government support this type of small scale entrepreneurship?

‘We have already placed certain regulations on this type of business, and how they can conduct exchanges. But the transactions are still having problems because the US banks still do not know the rules. I took someone from the Office of Foreign Assets Control (OFAC) who is responsible for approving these transactions with me to Havana. I also learned a lot. Because so often the banks say “yes, we are interested”, but if they think that the US regulatory system is going to affect them in some way then they do not dare to go further. And that is why I also included the regulators in this visit, so that they would learn a little more about the system and how they could manage these changes. These are processes.

We are still working out a path. This is something that is new for all of us, not just the Cubans. And for other countries and their relations with Cuba. There are going to be many people who offer up ideas and opinions. And I believe that the people of Cuba and their leaders are going to have to think what is the model that they like and how they want to get there.

There are sectors who believe that this new US policy and this move towards the private sector has, in the background, an intention of regime change in as far as the promotion of these businesses could undermine state centralisation.

Sometimes it has to do with the words we use. Because of that I try to use the words I consider to be most appropriate to the situation. What I say is “How can we promote innovation?” And so that is how I would like to express myself. And even though it might be in the State, or in non-profit sectors, the question is “What are the things we have to do?”

I think that the spirit of innovation can be present in any type of government. I am not saying that it has to be in the private sector or in the state sector, but asking how can we advance innovation in a way that means we can live in peace, in the most healthy way that we can do things in the quickest way.

When Obama leaves the White House, could some of this be reversed?

We never know. Obama told us that he thinks that, for example, that it would be best that we presented these Cuban entrepreneurs to all of the people that are here today from all over the world. That these young business people got to know them. All of the countries are here and they can choose. They do not have to be wholly pro the USA, I do not think that the USA is perfect. Democracy is, as we say in English, a work in progress…and we are also learning a lot from others.