Until now, users of the state company had to wait for a message notifying them they could use the 4G network. However, after this Wednesday’s announcement, Cubans can directly request the service. 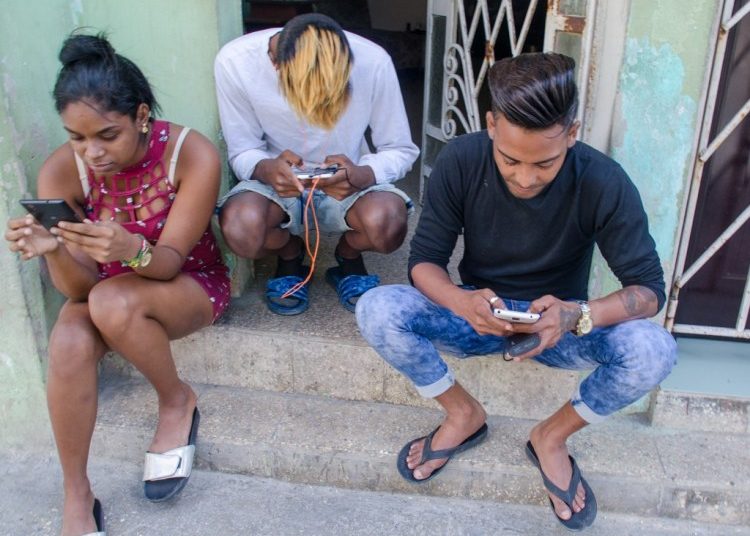 Since Wednesday, in theory, 4G is available to all Cubans. The Cuban Telecommunications Enterprise (ETECSA), the only one of its kind on the island, released its use to all its prepaid service customers, after months of testing in several territories.

Until now, users had to wait for a message notifying them they could use the 4G network. However, after the announcement―made on the company’s website and social media―, Cubans can now directly request the service by sending a free SMS to the number 2266 with the text LTE.

If the mobile device meets the technical conditions for the use of the 4G network, they will then receive confirmation from ETECSA that the service has been enabled. The equipment must be compatible with the LTE standard for wireless communications for high-speed data transmission, at 1800 MHz.

In addition, they must have a USIM card that, if they do not have it, can be bought at the Commercial Offices of the company for 3.00 CUC (convertible pesos, equivalent to the dollar).

However, ETECSA recalls that access to 4G/LTE “will only be possible if the client is under its coverage” and confirms that to date this technology is not yet present throughout the island.

For now, the fourth generation mobile networks are “in areas of the provinces of Havana, Matanzas, Mayabeque, Artemisa, Camagüey, Ciego de Ávila, Holguín, Granma, Las Tunas, Guantánamo and Santiago de Cuba,” according to the state-run company, which affirms that “in the coming months the rest of the territories will be incorporated.”

Carlos Blanco, an ETECSA specialist, had said some days ago that the state entity “is working to develop the 4G in the coming years” and that the new technology “will be extended once the analog blackout is reached,” which will take place gradually and whose end, initially scheduled for 2021, was extended two more years. This is due, according to Blanco, because the necessary signal for 4G is now being used by transmitters that are dependent on the analog signal.

“Once that signal goes out, frequencies would be released and, therefore, there would be a better broadband connection,” he explained.

After years without massive access to the Internet, the Cuban authorities are promoting greater connectivity on the island as part of the government strategy of “computerization of society.” As part of it, ETECSA began offering the Nauta Hogar service, which allows home access to the Internet, and connection through mobile data using mainly 3G technology, which is used by thousands of Cubans despite its high prices and still frequent problems.