The funds will benefit more than 3,300 victims of the disaster. 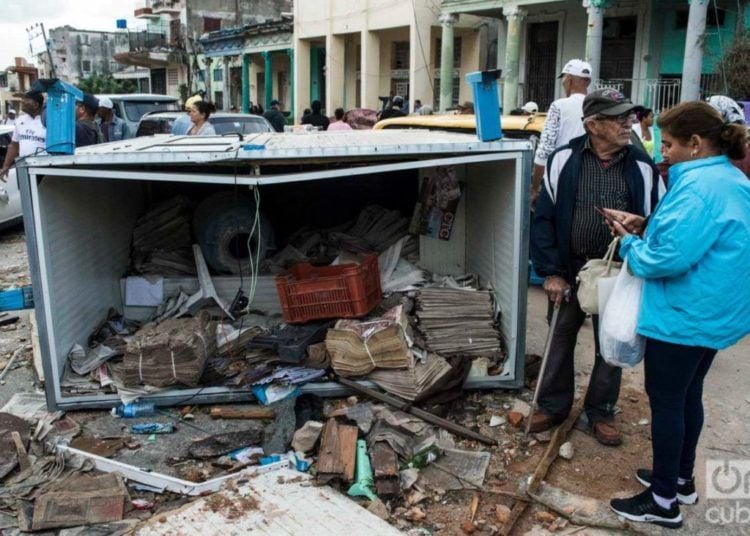 The European Union (EU) allocated 300,000 euros ($341,320) in humanitarian aid to help those affected by the intense tornado that hit Havana last month, the delegation of the community bloc in Cuba reported last Thursday.

The funds, granted by the European Commission and managed by the European Civil Protection and Humanitarian Aid Operation (ECHO), will benefit more than 3,300 victims of the disaster, which left seven dead, almost 200 injured and more than 10,000 people displaced from their homes.

The aid will include the distribution of water, toiletries and basic need products to the Havanans who lost their homes, who will also be provided with access to construction materials and technical advice.

Crutches, wheelchairs, walkers and canes will also be distributed to the disabled, the EU’s representation on the island said in a statement.

“This support is aimed at the most vulnerable people, who have lost their homes, their assets and their livelihoods,” said the ambassador of the EU bloc in Cuba, Spaniard Alberto Navarro, who stressed that with this they are supporting “the efforts of the authorities to achieve a speedy recovery.”

On the night of January 27, an unforeseen tornado hit the municipalities of 10 de Octubre, Guanabacoa, Regla, San Miguel del Padrón and Habana del Este for about 15 minutes with gusts that exceeded 300 kilometers per hour.

More than 7,800 homes were damaged, 730 of them were completely demolished, forcing thousands of people to take refuge in the homes of family and friends.

The disaster led to an unprecedented spontaneous movement among Cubans, who organized to deliver donations and to aid in the reconstruction, apart from the until now centralized aid of the Cuban State.

Countries such as Venezuela and Bolivia have supported the Caribbean island after the tornado, sending personnel and shipments of essential items, construction materials and equipment.

In December 2016 Cuba and the European Union signed a historic agreement of political dialogue and cooperation that put an end to 20 years of a restrictive “common position,” which conditioned the EU bloc’s relations with the island to the advances made in human rights and democracy in the Caribbean country.

Within its cooperation projects in the Cuban nation, the EU closed a five-year program in February aimed at boosting cocoa production in the province of Guantánamo (east) and improving the quality of life of its inhabitants, in which a total of 2.3 million euros were invested.

Since 1994, the EU has allocated more than 570 million euros in humanitarian projects in the Caribbean, where 87% of these funds have served to respond to emergencies caused by natural phenomena such as droughts, floods or earthquakes.

The rest has been used to strengthen the preparation of the most vulnerable communities and their institutions in the face of new disasters.